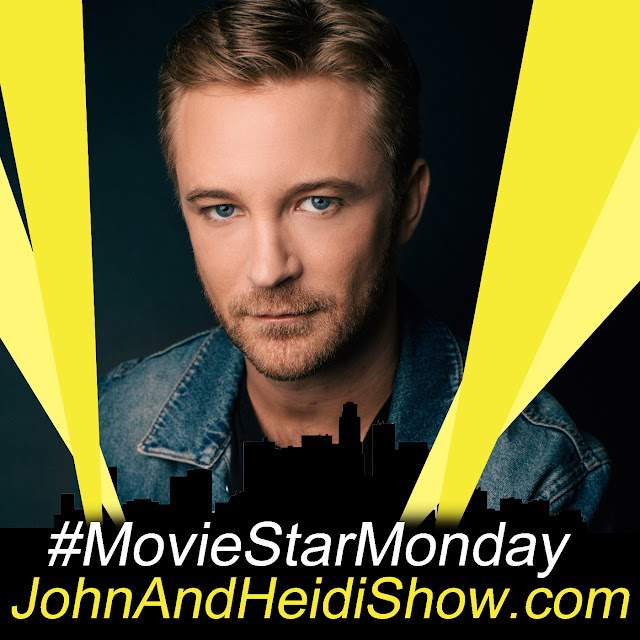 Social networking has gone from casual fun to obsession. A study out of Australia found people will stop almost everything to update a social media account or respond to something in a post. Almost 3 percent surveyed (64% of them men) have actually interrupted sex to access a social networking site. At work (51.6%) or in the bathroom (21.5%) is one thing, but while making whoopie? Really? 9.2 percent have even admitted updating their social media status while in church.

A Tennessee woman is facing federal charges for assaulting two crew members during a Spirit Airlines flight back in November. The Justice Department says Amanda Henry was drunk and vaping on her Nov. 27 flight from Fort Lauderdale to Nashville. According to the complaint, 43-year-old Amanda Henry made lewd sexual advances towards male passengers, making them uncomfortable and at one point headed toward the main cabin door where two flight attendants tried to restrain her. She allegedly kicked and pulled the hair of one of them. The attendants were finally able to handcuff her and place her into a seat. Henry turned herself in to the Metropolitan Nashville Police Department Tuesday on charges of interfering with a flight crew. If convicted, she faces up to 20 years in prison and a $250,000 fine. The Federal Aviation Administration has seen a spike in unruly passenger reports this year.

The marketing for 2022's Scream may be a setup for a surprising twist on the Randy Meeks-as-Ghostface Killer theory. The latest installment in the horror movie franchise features a slew of veteran cast members–including Neve Campbell, Courtney Cox, David Arquette, and Mary Shelton–returning to face a new killer behind the infamous Ghostface mask. Directors Matt Bettinelli-Olpin and Tyler Gillett take over the reins from late series creator Wes Craven, promising to deliver the jump-scares and eerie phone calls that have helped the Scream franchise endure for nearly 25 years. As the movie’s release date approaches, theories abound as to who the Ghostface killer’s identity might be this time. A fan-favorite theory is that Randy Meeks (Jamie Kennedy) is secretly the one behind the mask. The theory just has one little problem: Randy is dead, and it doesn't look like that’s going to change anytime soon. Randy Meeks made the mistake of trash-talking Billy Loomis (the late original Ghostface) in front of Scream 2's Ghostface, who was later revealed to be Billy’s vengeance-crazed mom, Mrs. Loomis. Randy appeared postumeously in Scream 3 in a video message that he recorded before his death, but the odds for his living and breathing return seem to be as dead as he is, which, according to actor Jamie Kennedy, is “deader than dead”.
https://screenrant.com/scream-2022-randy-meeks-killer-ghostface-theory-setup/

Yes, women really do talk more than men. In fact, women talk almost three times as much as men, with the average woman chalking up 20,000 words in a day — 13,000 more than the average man. Women also speak more quickly, devote more brainpower to chatter, and actually get a buzz out of hearing their own voices. In The Female Brain, Dr. Louann Brizendine says women also devote more brain cells to talking than men. The simple act of talking triggers a flood of brain chemicals which give women a rush similar to that felt by heroin addicts when they get a high.

To help you understand why you’re a monster before your morning coffee, the scientific minds at AsapSCIENCE put together a video explaining coffee’s effects on your brain. There’s some stuff about receptors, and something called adenosine, but that’s not important. Wanna know why coffee hypes you up? It does the same thing to your brain as crack. Caffeine hypes you up by increasing the production of adrenaline, but it also spikes the dopamine in your brain, which is exactly what cocaine does when it hits your system. Obviously, caffeine does this all to a lesser extent, but coffee is a drug, and so it has a few things in common with the more hardcore stuff.

The standard measurements for a queen size mattress is 60 inches by 80 inches. Queen is the most popular size, followed by King, Full, California King and Twin.

A man in China was busted for counterfeiting after they found him in possession of $21,000 in fake currency. Police discovered the counterfeiter after he posted photos of himself online posing with the funny money.

In Pottsville, Arkansas, a man was involved in an incident where he was fleeing from the cops on a motorcycle he had allegedly stolen. He jumped off the motorcycle and ran across Interstate 40 into a wooded area where he was able to avoid arrest. End of story, right? Wrong. Our bozo was so proud of himself that he posted details of his exploits on his Facebook page and even took a picture of a T-shirt he had made up showing the stolen motorcycle and a police flyer asking for help in finding the “criminal mastermind” who had escaped capture. Long story short, he was wanted on charges related to another incident and that investigation led to his Facebook page and the recovery of the helmet he was wearing during the chase. Busted! He’s in jail on charges of theft and fleeing arrest.

Asked on social media (reddit): What’s the worst excuse you ever heard for canceling a plan?

• Got a text which said, “I’m looking after other friend because he’s ill.” Other friend was with me when I got the text.

• My friend bailed on our trip to Las Vegas. The night before. Saying she didn’t know when we booked it that it was hot there.

Bob: “Looks like you’ve been missing a lot of work lately.”

Peter: “I wouldn’t say I’ve been missing it, Bob.”