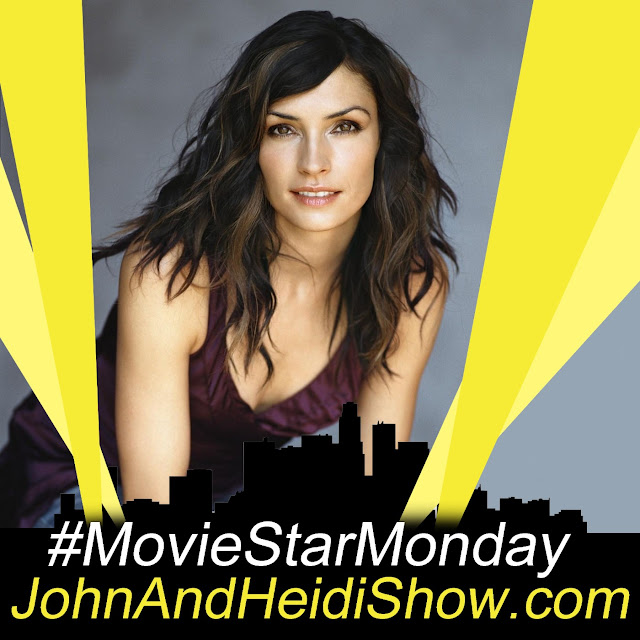 This #MovieStarMonday we visit with Famke Janssen (GoldenEye, House on Haunted Hill, Hide and Seek, X-Men, X2: X-Men United, and X-Men: The Last Stand, Taken, Taken 2 & Taken 3) Her latest film is out now! REDEEMING LOVE is a powerful story of relentless love and perseverance as a young couple’s relationship clashes with the harsh realities of the California Gold Rush of 1850. It is a life-changing story of the power of unconditional and all-consuming love. https://www.youtube.com/watch?v=_8RIlIOd_us

Researchers say thinking too hard about something may lead to bad decisions. Researchers (at University College of London) found subconscious snap decisions can be more accurate than those made after thinking things out.

According to a study, when people curse they tend to be more honest.

They say you can never have too much of a good thing, but that might not be the case — if you have a good memory. A recent study found that people with strong memories grow tired of experiences more quickly than others.

A Pensacola man was charged with several felony offenses after a trooper used Narcan to revive him after a traffic crash on Highway 29 at Kingsfield Road. The Florida Highway Patrol charged 39-year old William Hawthorne with driving under the influence with property damage, child neglect, possession of marijuana and possession of drug paraphernalia. He remained in the Escambia County Jail without bond. A trooper arrived at a wreck about 11 a.m. Saturday to find Hawthorne to be unconscious behind the wheel, turning blue in the back and with agonal breath, FHP said. The trooper administered Narcan, with Hawthorne responding quickly, regaining consciousness. A 6-year old girl was in the vehicle with Hawthorne at the time of the crash, according to a crash report. FHP said a white Ford pickup was stopped southbound on Highway 29 at Kingsfield, waiting for a green light. Hawthorne was traveling south on Highway 29 and collided with the trailer hitch on the pickup, troopers said. The driver of the pickup, a 77-year old Pensacola man, was not injuried. http://www.northescambia.com/2022/01/man-revived-with-narcan-charged-with-dui-and-child-neglect-after-highway-29-crash

Nicolas Cage knows it sounds “pretentious”, but he wants to be referred to as a “thespian.” The Oscar winner, known for his performances in “Leaving Las Vegas” and “Face/Off,” said that he’s not a fan of being called an “actor.” In a podcast interview, Cage said: “For me it always implies, ‘Oh, he’s a great actor, therefore he’s a great liar.” He says the word “thespian” works better for him “because thespian means you’re going into your heart, or you’re going into your imagination, or your memories or your dreams, and you’re bringing something back to communicate with the audience.” He currently stars in the film “Pig”. CNN

A Winnipeg, MB man has racked up millions of TikTok views by posting videos of him simply smiling for the camera. Borzah Yankey challenges anyone watching his videos to “try not to smile.” He says he receives messages from people all the time telling him their child couldn’t get through without smiling. He says he wants to spread his smile to cheer up others during the pandemic. His handle? @white.smile https://tinyurl.com/5ch4h3na -CTV

If you’re too busy playing Candy Crush to text your friends, I have good news. A project led by by a guy who used to work for Google aims to let people have conversations without talking or using their hands to type, sign, or gesture. Called SilentSpeller, the project is a communication system that allows people to send texts using a high-tech dental retainer to spell out words without actually voicing them. The device works by tracking the movement of the user’s tongue.

Back in early 2020 — also known as Normal Times — people were showing off their Valentine’s Trees on social media. People were simply removing all signs of Christmas from their Christmas tree and adding Valentine’s Day decorations. The idea rolled over into 2021 and is expected to continue this year. https://www.instagram.com/explore/tags/valentinetree/

Adult cats only meow at humans, not other cats.

On October 11, 1919, An in-flight meal was served for the very first time ever on a commercial airline flight. The flight was from London to Paris.

By age twenty the human brain reaches its maximum weight — about three pounds. Over the next 60 years it loses about 3 ounces total.

In Russia a cattle thief loaded the cattle he was stealing into a bus and headed out of town. Apparently he didn’t think a passenger bus loaded with cattle would attract attention, but it did. Police noticed and arrested him.

Cat people are creative but dog owners tend to earn more. A survey looking into the similarities and differences between dog and cat owners revealed cats and dogs may have more in common than their keepers. From dieting and exercise trends to relationship and career choices, the survey shows dogs typically have a greater influence on their owners’ decisions than cats do. The survey found that cat people fancy themselves more creative than dog people overall. Dog owners, however, tend to earn more money on average ($47,000 vs. $40,000), which could be linked to additional trends, with dog owners twice as likely to work in the financial field and cat owners being nearly four times as likely to work in creative fields. The extra income may also help dog owners, as they tend to spend 33 percent more on clothing and accessories and 26 percent more on entertainment than cat owners. Cat people are more likely to take in a documentary and show a higher preference for musicals and indie films. Dog lovers are bigger fans of horror and action, but also indulge their romantic side a little more, scoring higher for both romcoms and romance movies. Cat owners, much like their pets, are more likely to enjoy gentler hobbies such as reading, writing or doing a bit of gardening. Dog owners, on the other hand, are quicker to embrace more active pursuits such as sports, yoga, dancing and travel — displaying a need to expend energy on a similar level to their own furry friends.

THE 10 BEST VEGETABLES TO JUICE FOR WEIGHT LOSS

“There’s nothing wrong with you that an expensive operation can’t prolong.”