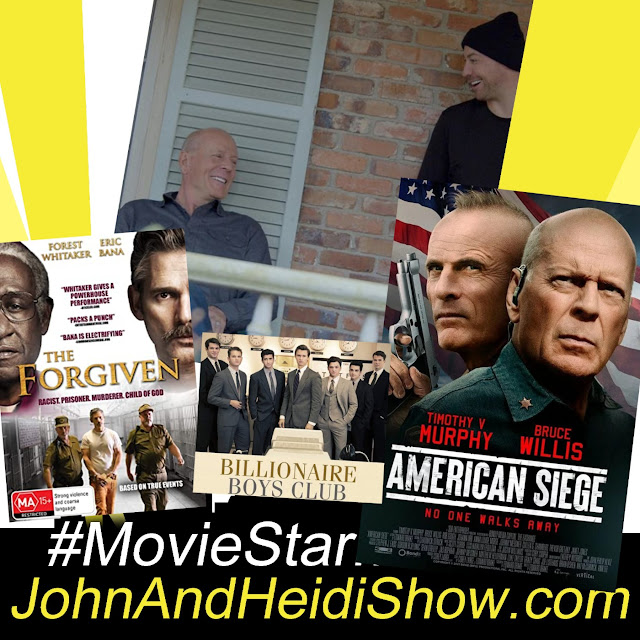 Now, a team of Japanese high-schoolers has won an innovation competition after coming up with a high-tech device that divides cake and pizza into equal portions every single time. The students, from Kundong High School in Japan’s Oita Prefecture, came up with a tool that calculates the angle at which the tasty treat needs to be cut, depending on the number of slices needed. Aptly named “Get Along Well With Everyone,” the ingenious device consists of a turntable on which the cake or pizza is set by the user, and a laser system that projects the exact angle at which every slice should be cut. All the user has to do is adjust an arrow-shaped slider to the desired number of slices, and the laser beam guides the knife to cut perfectly equal portions.

This is the best thing you’re going to hear all day. Scientists say that some animals laugh. And we’re not just talking about monkeys and hyenas. A team from UCLA conducted a study on the phenomenon of laughter across the animal kingdom, and determined that at least 65 species of animals exhibit a behavior known as “vocal play” – which might be thought of as laughter. They found such vocal play behavior documented in a variety of primates, domestic cows and dogs, foxes, seals, and mongooses, as well as 3 bird species, including parakeets and Australian magpies. The researchers say this shows how a behavior once thought to be particular to humans “turns out to be closely tied to behavior shared with species separated from us by 10 of millions of years”.

Jennifer Aniston and Adam Sandler are currently in Hawaii together. The stars have reunited to film the sequel to the Netflix movie Murder Mystery. While the first movie was big on viewers for the streaming service, the reviews and ratings were terrible. Murder Mystery has a 42 percent positive audience score on Rotten Tomatoes — three percentage points worse than the critics score.

There are hundreds of great TV shows on the streaming services. Netflix. Paramount+. Apple TV+. HBO Max. One service you rarely hear about is YouTube Originals. There’s plain YouTube, and YouTube TV — but there also original programming from YouTube. Well, there was. YouTube has shut down its on television-creating studio.

Last week, a semi truck pulled a trailer marked “oversize load” down Interstate 59 on its way toward South Pittsburg, Tennessee. On that trailer sat a gargantuan cast iron skillet. The skillet is the brainchild of Lodge Cast Iron, a company that makes cast-iron cookware. Lodge shared a short video showing the skillet rolling down the road, tweeting, “the World’s Largest Cast Iron Skillet made its way to our campus to find its home in the Lodge Cast Iron Museum that is currently under construction.” You heard that right. Not only is America home to the world’s largest cast iron skillet, but a “cast iron museum” is currently under construction in Tennessee. The museum is expected to open in late summer 2022 in South Pittsburg where Lodge has been in residence since 1896. The skillet — which spans 18 feet and weighs 14,360 pounds — is large enough to simultaneously fry up 27 ostrich eggs. https://twitter.com/LodgeCastIron/status/1481653800339329041

The United States Postal Service will deliver four rapid tests for COVID-19 to any household. All you have to do is enter your information and wait for them to arrive. The USPS rapid test delivery service is part of the Biden administration’s effort to make COVID-19 testing more accessible. You can only place one order per household, but each order contains four rapid tests. To get your free tests and for more COVID information, go to covidtests.gov, where you’ll find a link to enter your information and place your order. Tests should ship within 7–12 days.

Taco Bell is named after its founder, Glen Bell.

Toyota has announced that the official plural of ‘Prius’ is ‘Prii’

The Pittsburgh Penguins made Mister Rogers an honorary captain in 1991.

A South Korean company has come up with a mask that can be folded up to cover only the nose while you eat. In an effort to get around the inconvenience of removing a mask to eat, the Atman company designed the “kosk”, combining the word “mask” and “ko,” the Korean word for nose. It can be used folded up when eating just to cover the nose, then unfolded to cover both the nose and mouth after eating. Up until now, the word “kosk” has usually been used to refer to people who don’t properly wear a mask over their nose. Kosks are available online for $8 for a box of 10.

A new app called “Smart Snout” uses nose prints to help “sniff out” lost and stolen dogs. The pattern of a dog’s nose, which, much like a human fingerprint, is unique, is paired with the shape of the nostrils to identify pets through the app. A photo of a dog’s nose can be uploaded to its database with a smartphone. And if you happen to find a dog, you can scan its nose through the app, and its owner will receive an alert that their pet has been located, and can then communicate with you. Owners can also list their dog’s status to “Missing.”

• “Who needs flowers when we have love?”

• “Thinking of you sweetheart, which, technically, the court order can’t prevent.”

• “Just wanted to say ‘I love you’ when I wasn’t falling down drunk.”

• “If only we weren’t so closely related!”

• “Hey Valentine, I’ll give you money to have sex with me.”

Norm: “I don’t know, I usually finish before they get a word in.”

Kid Sneaks His Self-Made Book Onto Library Shelf. Now It Has A Years-Long Waitlist https://www.sunnyskyz.com/good-news