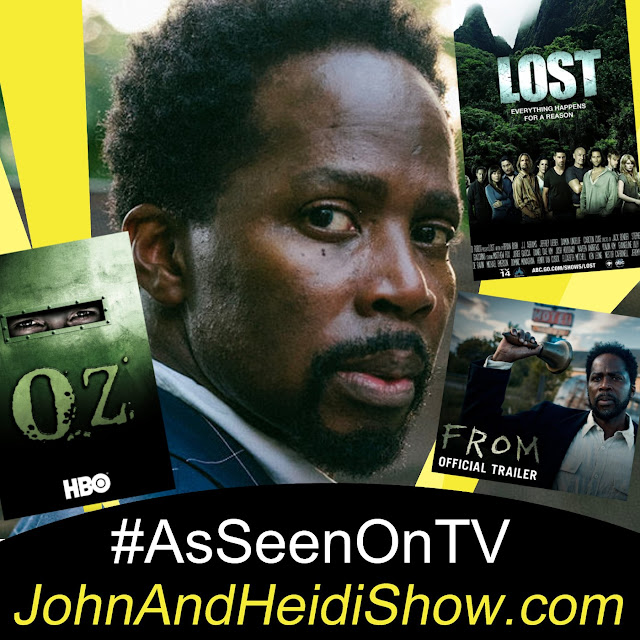 This Friday we will visit with Harold Perrineau (Lost, OZ & many more) about his upcoming horror series "From" premiering this Sunday on EPIX. From features a stellar ensemble cast led by Harold Perrineau. The series unravels the mystery of a nightmarish town in middle America that traps all those who enter. As the unwilling residents fight to keep a sense of normalcy and search for a way out, they must also survive the threats of the surrounding forest – including the terrifying creatures that come out when the sun goes down.

Here is the trailer: https://youtu.be/11ngcrNjE2A.

No One Eats Alone Day


According to MSN Poll

Would you rather have...

7%A large tattoo on your face

Would you rather have to...

Would you rather travel to...

55%The bottom of the ocean

Would you rather eat...

Would you rather live...

55%In an underground bunker

A team of French physicists announced they blew a bubble that lasted for 465 days before popping. The University of Lille team, whose findings were published in the journal Physical Review Fluids, said their research into soap bubbles found they tend to pop after just a few moments due to the "gravity-induced drainage and/or the evaporation of the liquid" inside the soap sphere. The team, Aymeric Roux, Alexis Duchesne and Michael Baudoin, studied typical "fragile and ephemeral" soap bubbles and gas marbles, a type of bubble made from a liquid solution that contains plastic beads. The researchers said they analyzed water-based gas marbles and gas marbles made with a solution of water and glycerol, a compound commonly used in various foods and medicines. The gas marbles containing glycerol displayed particular longevity, with one of the bubbles lasting for a total 465 days before bursting. The team said the gas marble's lifespan is believed to be a new world record. The researchers said the long-lasting bubbles they created during their project could be used to create stable foams.

Actress Kristen Bell recently shared that husband Dax Shepard suffered through 50 hours of hiccups. I just read an article that said if you have hiccups you should massage your ear lobes.

Valerie Bertinelli is learning to ignore her inner critic. Her journey to self-acceptance inspired her new book “Enough Already: Learning to Love the Way I Am Today” (AVAILABLE NOW https://amzn.to/33qs2PY). Throughout the collection of essays giving insight into her self-doubt, her relationship with Eddie Van Halen, and the troubles plaguing her second marriage, the actress and Food Network star also documents her preoccupation with her size. At 13, she started weighing herself twice daily, quote: “without ever being happy or satisfied with the number I see.” Dieting began at 15, her age when her show “One Day at a Time” premiered.

A female correspondent for Men’s Heath magazine said the top three things women most want to hear from a man are:

• “I brought you something.”

Getting your much-needed exercise isn’t complicated — all you need is 10 minutes and a set of stairs. A study (in Medicine & Science in Sports & Exercise) put 31 sedentary young women into a training program where they were asked to do several variations of ten-minute exercises three times a week over six weeks. The winner was walking up stairs. For just ten minutes. Just three times a week.

Hoping to shed a few pounds? If you are, you might think it's a good idea to get your friends on board to bolster your social support and increase the odds that you'll stick to your goal. But according to a new study, you're better off keeping your weight loss plans to yourself. According to this study published in the journal Obesity, more than 75 percent of respondents said they "never" or "rarely" felt supported by friends or family when they were trying to lose weight. In fact, researchers found that participants who didn't receive support from friends were the most likely to shed pounds. 26 percent of participants found it annoying when their friends went on diets and 25 percent said their friends were grumpy and miserable when dieting. For these reasons, one in four participants said they have sabotaged a friend's diet by tempting them with unhealthy treats, inviting them out for dinner and drinks, or flat-out talking their friends out of dieting.

Despite the fact that it produces 95% of the world’s supply of bourbon, the official state drink of Kentucky . . . is milk.

The average person walks the equivalent of twice around the world in a lifetime.

In Japan, it is common to put ketchup on rice.

There are no ants in Iceland, Antarctica, and Greenland.

In Italy a delivery driver was banned from driving for a year after he was caught shaving at 70 miles per hour.

Astronomers are watching the skies, waiting for two cosmic giants to collide. In a galaxy located 1.2 billion light years from Earth, a pair of black holes could potentially be engaged in a gravitational tango, pulling closer to one another until they merge as one supermassive black hole. This could occur as soon as 100 days, or up to three years from now. If this iconic merger does take place, it would be the first time astronomers witness an event of this kind and provide significant clues as to how black holes grow to their supermassive sizes.

WEIRD EXCUSES FOR BEING LATE TO WORK
CareerBuilder asked human resource managers to share some of the weirdest excuses employees have used for being late for work.

• “My lizard had to have emergency surgery in the morning and died during surgery. I had to mourn while deciding whether to have the lizard disposed of by the vet or bring the lizard corpse with me to work.”

• “I thought of quitting today, but then decided not to, so I came in late.”

• “I was confused by the time change and unsure if it was ‘spring forward’ or ‘fall back’.”
• “A black bear entered my carport and decided to take a nap on the hood of my car.”

• “There was fresh powder on the hill. I had to go skiing.”

• “I cut my fingernails too short, they’re bleeding and I have to go to the doctor.”

• “I was walking my dog and slipped on a toad in my driveway and hurt my back.”

“The only thing that separates us from the animals is our ability to accessorize.”

Her Dad Passed Away Recently, So Her Favorite NFL Player Took Her To The Daddy-Daughter Dance. https://www.sunnyskyz.com/good-news