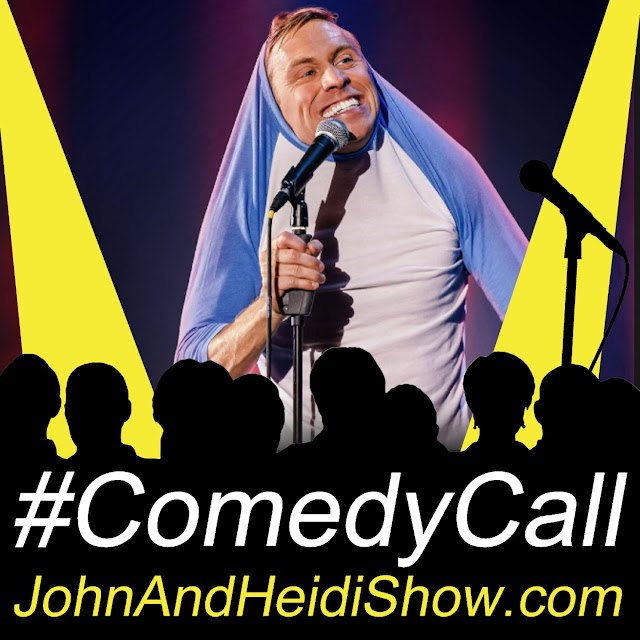 We will talk about his new Netflix comedy special “Lubricant” and its corresponding documentary “Until the Wheels Come Off”, which premiered on Netflix last month. Russell is the first comedian to release a special accompanied by a ‘making of’ documentary on Netflix.

National Do A Grouch a Favor Day

A study found that running more than 30 miles a week can lead to heart disease.

Alcohol produces the neural and molecular changes of a rapid antidepressant, research finds. A drink lifts depression for up to 24 hours due to its effect on the brain’s chemistry.

People labelled stubborn, defiant rule-breakers as children grow up to earn a higher income, a study finds. The researchers were surprised to find that a more rebellious childhood nature was associated with a higher adult income.

According to new findings, cats can display psychopathic traits. Cats show they are psycho by displaying meanness, boldness, pet-unfriendliness, and human-unfriendliness.

“Algorithm” Didn’t Originate as a Computer Term. Though the word is almost exclusively Silicon Valley lingo, “algorithm” actually dates back to the 9th century. Persian mathematician Mohamed ibn Musa al-Khwarizmi coined it in a treatise on mathematical equations, as a term to describe the process for solving a specific problem. This grew to broadly describe a set of rules to follow in making calculations. (Incidentally, the same guy is also credited with helping invent algebra, with the word growing from the title of this same treatise, which included the word al-Jabr.)

John Mulaney will return to his “Saturday Night Live” roots to host the show on Feb. 26. That will mark Mulaney’s fifth time hosting SNL, which will make him an official member of the series’ prestigious “Five-Timers Club”. The select group includes other famous faces like Tina Fey, Alec Baldwin, Tom Hanks, Steve Martin, and Scarlett Johansson, to name a few. Paul Rudd is the latest member to join the club after hosting for his fifth time in December.

Pete Davidson is a wearer of many hats. Aside from being a comedian, a Scorpio and the co-owner of a Staten Island ferry, he’s known for being loved by many famous women, from Ariana Grande to his current GF, Kim Kardashian. And now, Davidson has shared his theory on why so many famous beauties are charmed by him. He says he shares similar qualities with the discount-DVD bin at 7-Eleven, where you might find a movie like “Tropic Thunder”. In Davidson’s opinion, that film is a classic that “doesn’t belong in the trash,” just like him. Quote: “I’m Tropic Thunder. I’m the diamond in the trash. It’s a steal.”

Why do men hardly ever change their bed sheets? It has to do with biology. Men have a weaker sense of smell, and their skin isn't as sensitive as women's. So guys aren't as likely to notice (until maximum grime has been reached) that they're snoozing in stinky sheets.

Want to know the quickest way to get a parking spot? Don’t circle around until you land the best spot in the lot; you’re wasting your time. According to the latest research, the fastest way to find a parking spot is to simply pick a row and take the first available space even if it’s far away from the door. It takes you just about a minute to park that way.

You’re likely to have a better time driving in Iowa than Hawaii. So says WalletHub, which ranked the states on how well they provide “positive driving experiences.” What constitutes a positive driving experience? The site factored in everything from traffic congestion to road quality to the cost of maintaining your vehicle. When all was said and done, Iowa came out No. 1, and Hawaii was dead last. https://wallethub.com/edu/best-worst-states-to-drive-in/43012

Scientists say that the Earth’s moon is destined to disintegrate in roughly 5 billion years.

About 44 percent of American adults try a diet every year.

The use of CAPITAL LETTERS to denote shouting dates back to the 19th century.

A group of British men broke a Guinness World Record by playing a board game for more than 85 hours. Lea Poole, Dale Poole, Adam Bircher and Luke de Witt Vine, members of the Herefordshire Boardgamers group, played 79 rounds of the board game “Dune”, based on the same Frank Herbert novel as the 2021 film of the same name, for a total of over 85 hours. The previous record was 80 hours, set by 4 men in the Netherlands in 2017. The effort raised money for Alzheimer’s U.K. and mental health charity Herefordshire Mind.

Brawl breaks out at Golden Corral over alleged steak shortage. More than 40 people may have been involved in a brawl at a Golden Corral in Pennsylvania, police say. The fight allegedly broke out after a customer became enraged when the buffet ran out of steak. Investigators are trying to figure out who started the fight that broke out Friday night at a Golden Corral in Bensalem, Pennsylvania. Video of the incident shows punches being thrown and high chairs flying. Police confirm the brawl may have involved more than 40 people and happened following an argument among some customers. They did not say what caused the argument, as that is still under investigation. But former employee Dylan Becker says he heard from his friend, a current employee at the Golden Corral location, that the fight started over steak. “There was two parties in line waiting for steak. Somebody had cut in front and then started being picky and finicky about the steaks and taking too long, and then, somebody else spoke up and said something I guess the other party didn’t like. Then, it just looks like it turned into an all-out brawl,” Becker said. Another friend, Gaven Lauletta, heard the same details, adding that the restaurant allegedly ran out of steak, sparking the incident. Becker says his friend, the current Golden Corral employee, was hit by a table during the incident. “My friend, she’s in the video trying to break it up, and she told me she got hit by a table and her ankle got bruised up pretty bad. And yeah, it’s scary stuff,” he said. “I’ve never seen nothing like that in Golden Corral before.” JK Hospitality, LLC, the Golden Corral franchisee, wrote in a statement that no serious injuries have been reported. Police say the person or people who started the fight, once identified, could face assault charges. https://www.wvlt.tv/app/2022/02/01/brawl-breaks-out

☞ Take an online test: The “Anytime Test”, as it’s known, consists of 50 clues — but you only have 15 seconds to answer each one. If you’re unsuccessful, you can’t take it again for a full year. (What is the “Anytime Test”? I think I’m catching on!)

☞ You must answer all questions as a question: If you’re selected to play, you probably know this already. Your answer is considered invalid if you do not start your answer with “what is” or “who is.”

☞ You may have to film 5 episodes in a day: If you’re the champion of your episode, you move on to the next taping, which could happen the same day. They record 5 shows per day.

☞ Bring extra clothes: Players must bring 3 outfits. Among the restricted items are all-white tops, olive-colored tops and any clothing with busy patterns. (That eliminates our entire sales staff…)

☞ The buzzer: Don’t hit it before the host finishes giving the clue. If you buzz early, you’ll lose out on the question, due to an automatic delay.

☞ No mascara: Contestants must arrive wearing no makeup, and although the show’s pros make contestants camera-ready, no mascara or eyeliner is used, to avoid running if you sweat heavily.

☞ Spelling counts: A teen contestant lost out on $3,000 because of a spelling error, and people were so upset that the show had to issue a response, explaining that her question was, technically, an incorrect response.

☞ You are taxed on your winnings: Although winners are issued a check for their earnings on the spot, they are also immediately taxed by the state of California, where the show records. -PopularMechanics

“If I woke up tomorrow with my head sewn to the carpet, I wouldn’t be more surprised.” - Clark Griswold (Chevy Chase), National Lampoon’s Christmas Vacation