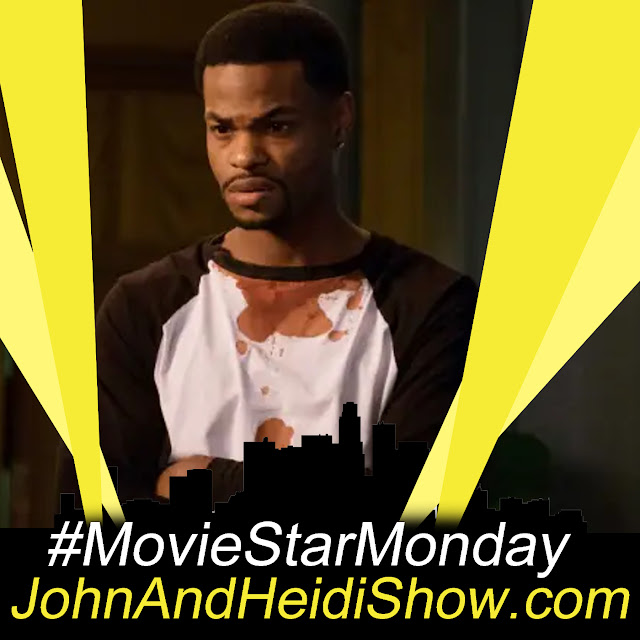 In addition this is a #ComedyCall because he's also known as King Bach. He just kicked off his LAUGH NOW LAUGH LATER comedy tour.

What’s the most amount of money one person in a marriage can spend without checking in with the other? Ameriprise Financial released a survey that found the average spending limit that necessitated a conversation was $400.

39% of adults believe they are the best drivers they know.

Scientists believe there are one hundred planets which have the potential to harbor alien life. This even includes one planet which is found in a star system which is the fourth-closest one to our sun. While these one hundred new exoplanets are not confirmed at this time to actually contain alien life, 20 years worth of analysis on these planets does show that there is the distinct possibility that alien life may very well still exist on them.

Dana Carvey recently opened up about his alleged feud with Mike Myers. He told Howard Stern that the 2 have “come full circle and we’ve become very, very close friends.” Things started to improve for the 2 when they reprised their roles as ‘Wayne’ and ‘Garth’ in last year’s Super Bowl ad. Carvey said they had “so much shared history together riding the rocket of ‘Wayne’s World”, but later grew apart, and Carvey felt his role was that of a sidekick. Their differences were magnified when Myers’ based his ‘Dr. Evil’ character in “Austin Powers” on Carvey’s impression of “SNL” producer Lorne Michaels.

Ever meet an engaged couple and think, “Yeah, this is gonna end in divorce.” What were the signs? People that work in the wedding industry were asked how they knew their clients would get a divorce.

• It was the third time the bride had hired me and all the guys had been carbon copies.

• I work at a hotel. I came in one night at 11 to find the wedding reception was already wrapped up. The room was booked until 1AM. The event ended early because the wedding couple had a fight and she went home with mom.

The trouble with “kids these days” may be the parents. One in five US teens say they live with “hands-off” adults who seldom set rules and do little to monitor their behavior. Researchers (Columbia University) claim that “hands-off” teens are four times more likely to smoke, drink and use drugs than teens with “hands-on” parents. The message is “loud and clear” according to the study and it says that Moms and Dads should be parents to their kids instead of pals. Hands-off parents put their kids at risk by failing to monitor their activities or academic performance, failing to restrict TV, internet use and gaming, and failing to warn their kids against the use of drugs. Researchers estimate that more than 60% of US teens live in a “hands-off” household.

As of 2019, only 54 percent of Americans accept the theory of evolution.

In golf, finishing four strokes under par on a single hole is called a condor.

There are only 25 blimps in the whole world.

Finland farmers have been spraying their deer with reflective paint in order to reduce road accidents.

Maybe there’s an upside to being obese. Doctors in Chile said an overweight man who was shot in the stomach was saved by his rolls of fat. They say the bullet lodged in the man’s fat and did not damage any vital organs. A thinner person would have been killed immediately. A hospital spokesperson said the man’s thick layer of fat acted in the same way as a bulletproof vest, taking the impact of the shot.

A couple of women in the UK have raised £250,000 (US $339,000) in funding for the country’s first female urinal. University of Bristol graduates Amber Probyn, and Hazel McShane say they came up with “flatpack portable urinals” called the “Peequal” to help deal with the long lines they’ve experienced when trying to use the loo at music festivals. They say the Peequal is made of recycled sea plastics, produces 98% less carbon than traditional portable toilets, and is 6 times faster. How do they work? Well, without getting TOO graphic, the urinals have no doors and have been described as “semi-private”, with users obscured from the waist down. They’re designed to be either stood or squatted over, with a boat-like shape to minimise splash back and a space to hang clothes. They agree that at first, women may feel uncomfortable about using them, but say they’ll eventually come around. There are currently 250 Peequals under construction, with more deals with festival operators expected in the coming weeks.

THINGS HOLLYWOOD HAS TRICKED THE GENERAL POPULATION INTO BELIEVING

• You can pull the tab off a hand grenade with your teeth. Doing that would have the reverse effect — you’d lose teeth.

• Air conditioning ducts are an easy way to sneak through buildings.

• That car doors are somehow bulletproof.

• That’s you can enhance photos despite the grain or pixelation.

• That helicopters can sneak up out of nowhere.

“Never do anything out of hunger. Not even eating.”

'So I Hugged Her': Garbage Man's Act Of Kindness Captured On Film
https://www.sunnyskyz.com/good-news/