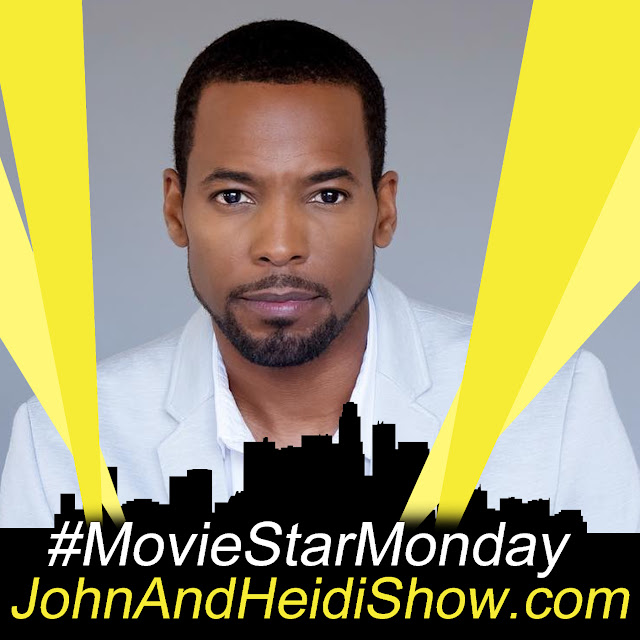 This #MovieStarMonday we visit with Anthony Montgomery. He's best known for his portrayal of Ensign Travis Mayweather on the UPN science fiction television series Star Trek: Enterprise (the fifth live-action series in the Star Trek franchise). His first starring role was in the horror-spoof Leprechaun: In the Hood (2000). He had a recurring role on the television series Popular before being cast in Star Trek: Enterprise in 2001.

We will talk about his new movie Without Ward - http://withoutwardfilm.com

Seven in 10 pet parents claim they can read their furry companions’ minds. According to a survey of 2,000 dog owners, 74% said they’re confident they understand what their pet wants at any given time. And 71% feel their dog understands them, too. 35% of dog owners describe their dog as loving, 33% say their pooch is playful, and 32% feel it is intelligent.

Cheese was created over 4,000 years ago — by accident.

It takes 10 pounds of milk to make just one pound of cheese.

Of the more than 2,000 varieties of cheese available worldwide, mozzarella is the favorite.

If a cheese is named after a city, it’s capitalized. Examples include Asiago, Brie, Camembert, Gouda, and Parmesan.

Mice don’t particularly like cheese. They prefer sweets and carbs.


Kristen Stewart says she never thought a “Twilight” sequel would get made. She shot to stardom as ‘Bella Swan’ in the movie franchise, but said on a podcast that she never expected the first film to take off in the way that it did. Quote: “We just did not know. And it was kind of like an oddball, slightly marginal teen movie. I didn’t think everyone was going to take to that.” Now, Stewart says despite the success of the Twilight films, she still loves appearing in “smaller” projects.

A famous piece of horror movie history going up for sale — the axe from Stanley Kubrick’s 1980 masterpiece “The Shining”. The axe is featured in scenes toward the end of the film, including when Jack Nicholson’s character uses it to break through a wooden door, leading up to his famous line, “Here’s Johnny!!!” The film, based on Stephen King’s novel, also features Nicholson’s character ‘Jack Torrance’ carrying it with him into the maze as he trudges through the snow to find his son. The axe, displayed in a frame, along with some photos of its scenes in the movie, is going up for sale through Gotta Have Rock and Roll auction house, and is expected to go for at least $100,000.

Here are some common ‘made up’ rules — some of which are so well known they are just assumed to be in the rule book – but aren’t . . .

✗ Taking a lap: In the official rules, it says you can start buying property straight away. You don’t have to go around the board once beforehand.

✗ Free Parking: You know how all the taxes paid go in the middle, and the person who lands on “Free Parking” gets to scoop it up? Yeah, not a rule. The Free Parking square is just that: Free parking. (Like, who DOESN’T do this?)

✗ You can’t earn $$ while in jail: Incorrect. In the official rules, you simply can’t go around the board or buy anything. You can still collect. (I think my brother came up with this one . . . when I landed in jail!)

✗ Landing on “Go”: Some players add an extra incentive for certain squares. For example: You don’t get an extra reward for landing on GO.

✗ Surrendering to the banker: When a player runs out of dough, they’re done. But they shouldn’t give everything back to the bank. The rules state that the loser gives everything to the person they owe money to. That way, their properties don’t come up for grabs again, making the game much quicker.

✗ Auctioning property: This one is a rule that many aren’t aware of…but it’s real. When a property is landed on, and nobody wants to buy it, it goes to auction. This means someone can buy it for less than it’s worth.

Giraffes were originally known as “cameleopards”.

According to a 2015 study, less than half the world’s cultures kiss romantically.

The former home of the Philadelphia Eagles, Veterans Stadium, featured a courtroom for handling rowdy fans.

Scientists have found evidence of take-out restaurants in the remains of Pompeii.

The first pair of Nike running shoes was made in a waffle iron.

Question: When a study looked at the things that most often cause arguments in the car, THIS came in at #1. What is it?

Answer: Using a phone while driving

Metro Police are working to identify a man who broke into a vehicle and burglarized a home while wearing a blue dinosaur onesie. Police say the man broke into the vehicle overnight Sunday on Bowling Avenue and then burglarized a home on Richland Avenue. He was wearing what appears to be a blue and yellow dinosaur onesie. A woman was walking her dog Sunday morning when she noticed the garage door and other doors at the Richland Avenue home were open. The woman then called police as the residents of the home were out of town. Officers were later made aware of the vehicle break-in on Bowling Avenue. The suspect is described as a young man who is about 6 feet tall. Anyone who recognizes him from the surveillance photos is asked to call Crime Stoppers at 615-742-7463. https://www.wate.com/news/tennessee/nashville-police-searching-for-burglar

THINGS EVERYONE DOES BUT WILL NEVER EVER ADMIT:

✓ Watch cartoons after a scary movie so you don’t have nightmares.

✓ Panicking while trying to get your change in your wallet without holding up the next person in a lineup.

✓ Eating the wrapping paper stuck to frozen meat because you can’t get it off.

✓ Trying to act ‘natural’ when leaving a store without buying anything.

✓ Fake laughing when you have no idea what the other person just said.

✓ Pretending you might actually buy something after being given a free sample.

✓ Sounding out ‘Wed-nes-day’ in your head so you spell it correctly.

✓ Hesitating on buying the $250-worth of stuff in your online cart because of a $5.99 shipping charge.

✓ That face you make when walking by someone you know, but not well enough to say “hello” to.

“Why yes, I can carry on a conversation made up entirely of movie quotes.” - Anonymous