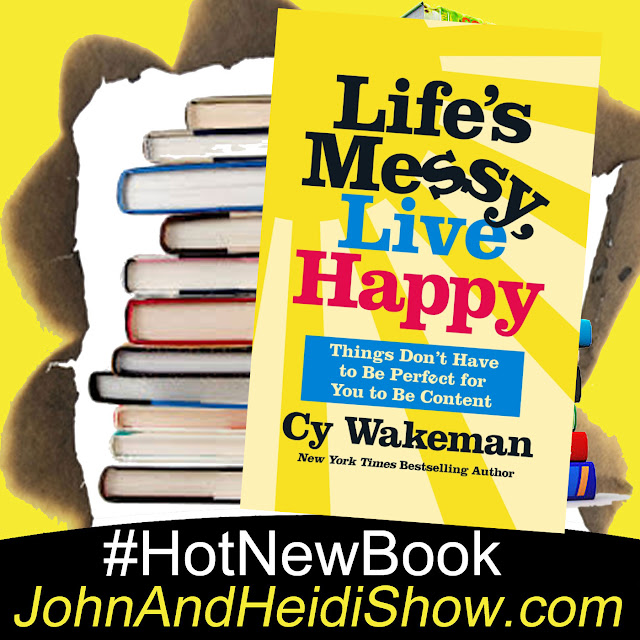 National Pigs in a Blanket Day


Scientists say they have come up with a new technology that could result in the first-ever “cure” for heart attacks. Researchers at London’s King’s College have identified similar genetic codes to those used to create Covid vaccines, and are applying them towards regenerating hearts damaged from cardiac heart attacks. The key genetic code, known as mRNA, produce proteins that stimulate the creation of healthy new cells. The human heart does not have capacity to repair itself on its own following a heart attack. This new approach is being called revolutionary and has, so far, been successfully used to regenerate damaged pig hearts.

Move over, Karens. It turns out that women with that name aren’t the worst complainers after all, according to new research. In fact, most of the top 10 aren’t even women – when it comes to online ranting, at least. Davids were found to leave the most negative reviews on TripAdvisor and Trustpilot. And of the top 10 worst offenders, there is only ONE women’s name – and that’s Sarah. The worst complainers, following David, in order, are: Paul, John, Mark, Chris, James, Michael, Andrew and Peter, with Sarah at #10.

Netflix unveiled a new user rating option on Tuesday called the “double thumbs up,” for when your feelings for a TV show or movie warrant more than just a “like.” The new feature is already available, so you can start giving your maximum approval to “Squid Game” or “The Mitchells vs. The Machines.” In a statement, the streaming giant said: “Do you like it or do you love it? When you love something, you want to tell your family, friends, and coworkers. You want to talk about it all over social media. And you want more of it ASAP.” It calls Double Thumbs Up “an additional way for members to let us know what types of series and films you want to see more of.”

Jennifer Aniston says she used to sleepwalk — regularly. The “Friends” alum, who is currently working with the “Seize the Night and Day” campaign to help people recognize and seek help for sleep issues, told People how she struggled with getting rest in her 20s and 30s. As a result, she began sleepwalking, and sometimes was awakened by house alarms that she had set off. Aniston eventually sought help from a doctor, and now makes sleep a priority. As a result, she says she isn’t sleep-deprived, and doesn’t sleepwalk anymore.

A divorce lawyer is warning about the top 5 professions women should avoid in a husband, based on her experience. TikTok user @jettiegirl28, who goes by “KK”, shared her insights with her 52,000 followers. She says, over the course of her career, she has observed which have been her most difficult cases, “And shockingly, many of them involve men in THESE 5 professions.” What are they? In no particular order, firemen, something she “never really understood”, followed by police officer, military, surgeon, and pilot. And as she points out – oddly, these are all common professions people want to go into when they’re kids. But remember, the lawyer points out, if you are married to someone in one of these jobs, that doesn’t mean your husband necessarily falls into this trend. It’s “just for fun” and “something that I’ve observed as being pretty common.”
LINK: https://tinyurl.com/y28b9dya

With the return of concert season, Tinder has teamed up with live event producers to create “Festival mode”, designed to help people find new concert buddies. Tinder says their new “Festival Mode bridges the gap between online introductions and IRL connections by allowing Tinder members to find fellow festival goers before the show.” Live in Tinder Explore, Festival Mode invites users to select which events they plan to visit this year. They can then match with other attendees in the dating app as early as one month before the show. A separate “Festival Goers” space, meanwhile, is open to those who simply want to connect with other fans of the culture. Tinder stats show more than 60% of singles report having become friends (“or more”) with people they met at a music festival or concert.

The most-expensive object ever built is the International Space Station, at US$150 billion.

The average bra is designed for just 180 days of use.

Ulcers are more aggravated by decaf than by regular coffee.

At the Wife Carrying World Championships in Finland, first prize is the wife’s weight in beer.

Question: According to a survey, 55% of us don’t do this as often as we probably should — because we’re afraid to. What is it?

A Knoxville man with six warrants out of Knox County is in jail after he was found in possession of 16 shopping carts, a report from law enforcement said. Officers stopped Charles Branch’s F150, saying it matched the description of a suspicious vehicle. Branch told officers that he had a warrant out of Knox County, but when officers checked, they discovered Branch actually had six warrants out, the report said. Branch also reportedly admitted to stealing his license plate from a Knoxville Police Department facility. While investigating, officers also found Branch to be in possession of 16 Food City shopping carts, the report said, which were taken to Dan’s Towing. Officers let a Food City employee know where to pick up the shopping carts. https://www.wvlt.tv/app/2022/02/09/knoxville-man-arrested-with-16-stolen-shopping-carts-report-says/

Hollywood movies are released all over the world, but their titles sometimes use phrases that are unfamiliar in other languages. The result: Bizarre title changes. . .

⇒ Hollywood: “Austin Powers: The Spy Who Shagged Me”

Malaysia: “Austin Powers: The Spy Who Behaved Very Nicely Around Me”

Venezuela: “The Knight of the Night”

India: “Nemo’s Missing, Did You See?”

China: “I Will Marry a Prostitute to Save Money”

Denmark: “The Boy Who Drowned in Chocolate Sauce”

⇒ Hollywood: “Cloudy With a Chance of Meatballs”

“My perfect beautiful miracle baby? Never slept. Ever. Never. Twelve years later the memories of those nights, of that sleep deprivation, still make me rock back and forth a little bit. You want to torture someone? Hand them an adorable baby they love who doesn’t sleep.” - Shonda Rimes