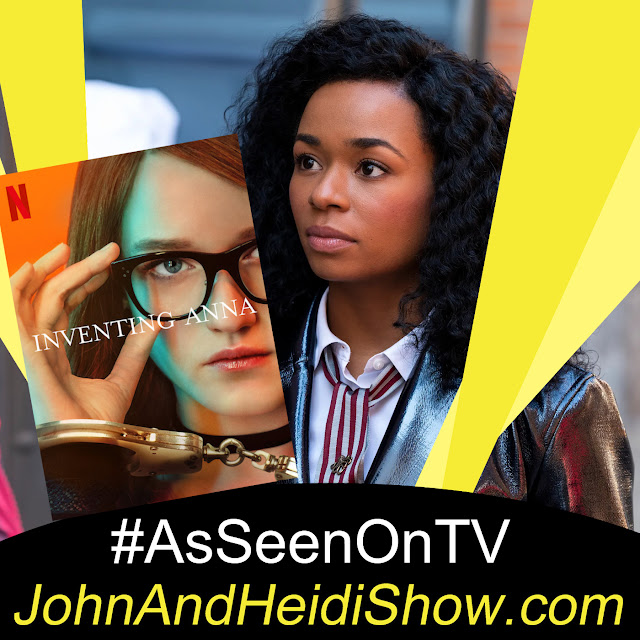 In Inventing Anna, a journalist with a lot to prove investigates the case of Anna Delvey, the Instagram-legendary German heiress who stole the hearts of New York’s social scene – and stole their money as well. But is Anna New York’s biggest con woman or is she simply the new portrait of the American dream? Anna and the reporter form a dark, funny love-hate bond as Anna awaits trial and our reporter fights the clock to answer the biggest question in NYC: who is Anna Delvey? The series is inspired by the New York Magazine article “How Anna Delvey Tricked New York’s Party People” by Jessica Pressler.

Yes, it makes sense – but now we have research to back it up. Being an optimist could lead to a longer life. A large-scale study found those who “always look on the bright side of life” were more likely to make it to the age of 90. The phenomenon applied across racial and ethnic groups, adding to evidence that happiness is good for the body as well as the mind. The findings come from a review of 159,000 women in the U.S. tracked for up to 26 years. Those ranked in the top 25% for optimism lived an average of 5.4% longer those in the lowest quarter. The lead author of the study, Hayami Koga, a PhD candidate at the Harvard T.H. Chan School of Public Health, believes staying positive is as good for you as exercise.

Children who play team sports such as football and basketball are less likely to suffer mental health problems, according to a new study. On the other hand, researchers found that kids who only play individual sports – such as golf or gymnastics – are at greater risk of mental health issues than kids who don’t play sports at all. The findings come from a study of more than 11,200 American children between 9 and 13 years-old.

Following his bombshell defamation trial, Johnny Depp’s next act will be in a docuseries. Premiering July 22 on the streaming site Fandor, “Boston George” follows drug trafficker and smuggler ‘George Jacob Jung’, who Depp portrayed in the 2001 film “Blow.” The 5-part docuseries will feature interviews from Depp, marking his first on-screen content since his courtroom battle with ex-spouse Amber Heard — unless you count his TikTok videos. While Jung filmed the series prior to passing away last year, characters from his life came together to tell his story. Depp has more reported gigs in the future, including a musical stint with Jeff Beck and a potential role in the “Beetlejuice” sequel directed by Tim Burton. On Monday, a former Disney exec speculated Depp could even return as ‘Jack Sparrow’ in a future “Pirates of the Caribbean” film.

Earlier this week, Nick Cannon said he’d be a dad again soon, and now it’s been revealed that the mounting speculation he’s expecting with model Abby De La Rosa is true. It’s being reported that she is due on Oct. 25. The two welcomed twins Zillion and Zion together about a year ago. For those who feel the need to keep track, the twins arrived the same month he welcomed his son, Zen, with model Alyssa Scott. Sadly, Zen died from a brain tumor when he was just 5-months-old. Zen was Nick’s 7th child. In January, Cannon had a gender reveal with Johnny Manziel’s ex, Bre Tiesi, where they announced they were expecting a baby boy – his 8th. And back to Abby De La Rosa — she has teased the idea of having twins again, but that hasn’t been confirmed. Looks like it’ll be a very busy Father’s Day.

“Jurassic World: Dominion” has unearthed a tyrannosaurus-sized opening, earning an estimated $142 million in its opening weekend. While that’s a few steps below the $148 million earned 4 years ago by “Jurassic World: Fallen Kingdom,” it has topped “The Batman” for the 3rd highest domestic opening of the COVID era. “Dominion” also shares another trait with its “Jurassic World” predecessors: it is proving to be critic-proof. While reviews for the film have been negative, with a 32% Rotten Tomatoes score, “Jurassic” devotees have given it a thumbs up with an A- on CinemaScore — the same as “Fallen Kingdom” — and an 81% audience score on Rotten Tomatoes.

You know the drill: You’re at the store, but the lines are crazy, so you head for the self-checkout. And that’s always an adventure, mostly because you spend more time searching for barcodes than you would have spent waiting in line. Well – good news! A new type of self-checkout is coming – and no scanning is required. A California company called “Mashgin” has spent the last 8 years creating a next-generation self-checkout machine that uses artificial intelligence to identify and ring up items automatically. They say that allows customers to check out in as little as 10 seconds—8 times faster than a regular self-checkout machine…and “Most of that time is spent fishing for a credit card,” according to the CEO (Abhinai Srivastava). He says that kind of efficiency means a retailer can purchase just one of its machines rather than 2 or 3 of the traditional kind. The company already has an order for 7,000 units, to be installed at Circle K locations over the next 3 years.

You’ve heard the saying that someone is “just wired that way”. Well, it turns out, when it comes to one’s political leanings, that’s exactly correct! Brain scans can actually predict which party someone supports, a new study has revealed. A team from Ohio State University found that certain “signatures” in the brain accurately line up with how someone leans politically. Scientists used state-of-the-art AI programs and other resources at the Ohio Supercomputer Center to analyze brain scans. They found strong connections between those scans and how participants answered questions gauging their political ideology on a 6-point scale — going from “very liberal” to “very conservative.” Study co-author Skyler Cranmer wrote: “The results suggest that the biological and neurological roots of political behavior run much deeper than we previously thought.”

There are more than 70 species of mushrooms that glow in the dark.

Tea is the most consumed manufactured drink in the world

Eggs do not need to be refrigerated to keep.

The Porsche logo features a horse.

Hair and fingernails do not continue to grow after death.

Question: An astounding 70% of people claim they can’t sleep when THIS happens. What is it?

Answer: There’s a spider (or another scary bug) in the house

A British woman has had her first meal in 23 years that wasn’t potato chips. 25-year-old Zoe Sadler, who survived on cheese-and-onion-flavored potato chip sandwiches, has finally expanded her palate, thanks to hypnotism. She ate 2 packs of the chips every day for more than 2 decades because other foods left her feeling sick. After developing MS, Sadler decided to improve her health and turned to a hypnotherapist. It only took a couple of 2-hour sessions for Sadler to try fruits, vegetables and other foods, and now she’s looking forward to eating a real meal at her upcoming wedding.

WORLD’S MOST EXPENSIVE CITIES TO LIVE IN:

1. Hong Kong: The financial hub remains the most expensive city for the third consecutive year.

2. New York City, United States: A previous-list topper, it was the only North American city to land in the top 10.

4. London, United Kingdom: The strength of the pound helped London to secure the number-4 spot.

5. Tokyo, Japan: Despite spending most of 2021 and 2022 closed to foreign travelers, Japan held strong on ECA’s index.

6. Tel Aviv, Israel: The coastal metropolis claimed the title of the Middle East’s most expensive city.

7. Zurich, Switzerland: Many countries in the Eurozone fell this year – but Switzerland uses the Swiss franc.

8. Shanghai, China: China’s biggest – and one of its most expensive cities.

Seoul, South Korea: Down from #8 on last year’s list.

"The secret of staying young is to live honestly, eat slowly, and lie about your age." - Lucille Ball

Have you seen the viral video yet of a man finding a kitten on the side of the road — only to be overrun by a dozen more hiding in the grass? Understandably, people have become a little obsessed. The man is Robert Brantley of Louisiana, and he simply couldn’t contain his surprise as the adorable ambush overtook him. Somehow, he managed to herd all 13 cats into his car and take them home. Soon after he told his story on Instagram, people from around the country were messaging to offer supplies and offering to adopt them. It didn’t take long before almost all of the kittens were spoken for, and he’s been posting updates. LINK: https://tinyurl.com/mryct7wh