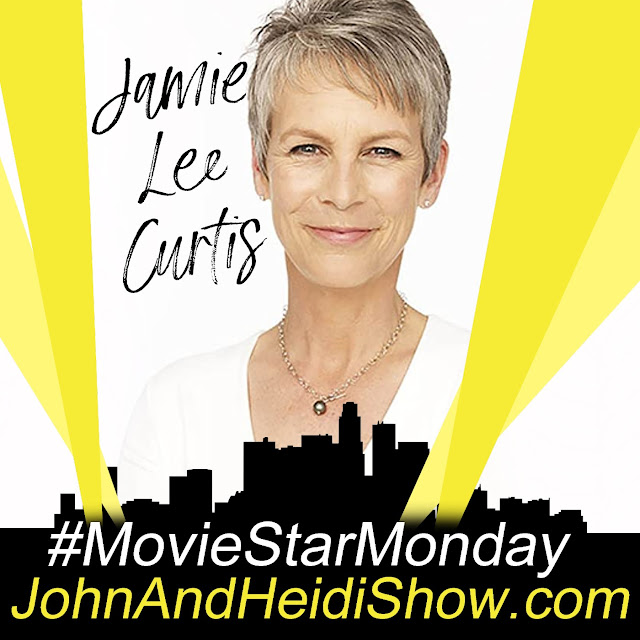 Jamie Lee Curtis has a podcast for family listening called Letters from Camp, now in its third season. The entertaining and heartwarming series centers on the adventures of Mookie Hooper and her pals at Camp Cartwright. Told through letters to an unknown friend, the podcast features performances from Jamie Lee as Director Sue along with surprise guest celebrities including Daniel Radcliffe and Jake Gyllenhaal.


According to a study women rate the smell of a man as more important than his looks. Women think body odor indicates how healthy a man is and how healthy his offspring might be.

More than 7 in 10 (73%) of us want to increase their physical activity to keep up with their children. A recent study polled 2,000 U.S. adults to see how they’re staying active as their routines and lifestyles have undergone drastic change over the past 2 years. Only about half of respondents (51%) said they can touch their toes without straining. The good news is that people are looking to change their habits, with 70% making more of an effort to be physically active now than at the start of the pandemic. Conducted by OnePoll, the survey found that 42% struggle to stay physically active during the day. Lack of motivation (39%), and injuries (30%) are among the hurdles at the top of the list. However, the biggest obstacle is joint pain and arthritis (42%). The average person reports taking only 3,800 steps per day, roughly one-third of the recommended 10,000.

Megan Fox is apparently just blessed with a perfect body. The 36-year-old took to Instagram on Friday to share a photo of herself rocking a lime green top and matching pants, which was snapped the same day as her fiancé Machine Gun Kelly’s Los Angeles concert on July 13. The midriff-baring outfit also shows off Fox’s sculpted abs. She quoted comedian Joan Rivers in her caption, writing, “I don’t exercise. If God had wanted me to bend over, he would have put diamonds on the floor.” LINK: https://tinyurl.com/27ujm3zn

“Game of Thrones” star Peter Dinklage has joined the cast of “The Hunger Games: The Ballad of Songbirds and Snakes.” Dinklage will play the role of ‘Casca Highbottom’, dean of the Academy and the unintentional creator of the Hunger Games. The cast already includes Tom Blyth, Rachel Zegler, ‘Euphoria’ Star Hunter Schafer and Josh Andrés Rivera. The prequel film in the franchise, which has grossed more than $3 billion, is based on the bestselling novel by Suzanne Collins and is slated to hit theaters Nov. 17, 2023.

Ethan Hawke says he’s on the final leg of his acting career. The 51-year-old “Training Day” star, in an interview with IndieWire, noted that he feels that he’s “definitely made the turn from being an old young person to being a young old person.” And he doesn’t have a problem with it. Quote: “I prefer this…the beginning of my ‘old man’ career, the beginning of my last act.” He explained that he now has an “awareness of time” regarding his Hollywood career, saying: “When I was younger, I was like, ‘I’ll do this, I’ll do that, that’ll be a good learning experience, and then I’ll try this’…Now, I’m like, ‘I didn’t learn anything from that one or that one, and that one would’ve been better spent in 3 months with my family.” Hawke’s latest project is a 6-part documentary on HBO Max, called “The Last Movie Stars” — a look at the love between and the careers of Paul Newman and Joanne Woodward.

Multitaskers everywhere can rejoice, because YouTube is going to allow you to do other things on your phone while still watching videos. We’ve all had that moment where we’re trying to watch a video while attempting to text at the same time. The problem is…when one door, opens, another does not. Those days are officially over, thanks to the new picture-in-picture mode that will allow users to watch videos in a floating window while performing other activities on the iPhone or iPad. YouTube made the announcement on Twitter, saying the feature is “slowly rolling out for YouTube on iPhone & iPad”, and just like on Android, it will be available to premium members worldwide and non-premium users in the US for non-music related videos.

A new patent shows that Apple has been working on adding lasers to a future iPhone, and to Apple Watch. What for? Well, it’s not a new personal weaponry system, but it’s pretty exciting and could add some extraordinary features to your electronics. Horizontal Cavity Surface-Emitting Lasers could be used for functions such as biometrics, refining the capabilities of Face ID or Touch ID, and perhaps leading to the return of Touch ID to future iPhones. But they could also be used for the detection of particulate matter, enabling your device to report air quality, when used “in combination with a photodetector,” according to the patent. It is also possible the laser system could be used with fitness apps to help pursue wellness goals, and in conjunction with a device’s camera or gaming apps.

A man once survived on pizza alone for 25 years.

The longest-ever wedding veil was the same length as 63.5 football fields.

“E” is the most common letter, appearing in 11% of all English words.

Pringles aren’t actually potato chips, and can’t be labeled as such, because they aren’t made of thinly-sliced potatoes, but dehydrated potato flakes.

Question: A survey says that when you move, THESE are the possessions you’re least likely to pack up and take with you. What are they?

A little rudeness can go a long way in the fight to curb jaywalkers. Experiments conducted by students at a university in China showed that warning signs written with insulting messages had greater impact than those with nicer messages. A sign reading “Jaywalkers are ugly” placed at an intersection proved to be the most effective, reducing cases of jaywalking by about 40 percent.

As many areas experience record-breaking heat and humidity this week, it may be an understatement to say that sometimes, emotions can run as high as the thermostat. Psychologist Kirsty Leah from mental health support platform SupportRoom says that while warm weather can make us happier, sweltering heat is linked to greater irritability. Here are some tips on keeping your cool – literally and figuratively…

☞ Make your life easier: Avoid the high afternoon heat, stay hydrated, and invest in lighter sheets or a fan. Remember, getting enough sleep goes a long way in “keeping your cool”.

☞ Be patient: You might be ready to snap at others, but remember that if you are feeling it, they are, too, so try to be extra patient and lower your expectations of people until things are cooler.

☞ Postpone meetings: Whether it’s an important conversation or a routine check-in, consider holding back on work and social meetings until the heat subsides.

☞ Avoid big decisions: You might be prone to making rash calls if struggling in the heat, but it’s important not to make any big decisions until you are well-rested and can focus on the situation in hand to make an informed choice.

"Cleaning your house while your kids are still growing is like shoveling the walk before it stops snowing." —Phyllis Diller

"I want my children to have all the things I couldn't afford. Then I want to move in with them—Phyllis Diller

A Kayaker Rescues A Frightened 6-Year-Old Boy Who's Alone In The Water
https://www.sunnyskyz.com/good-news/