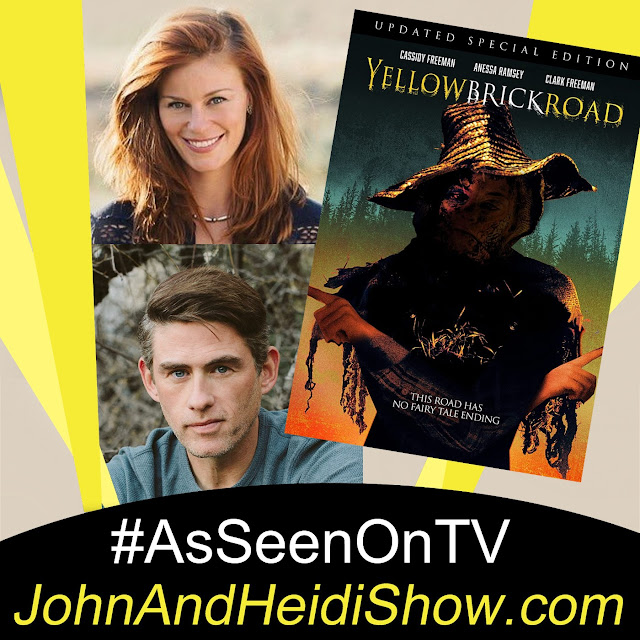 Cassidy Freeman is known for her role as Tess Mercer in The CW's superhero drama "Smallville" (2001) and Cady Longmire in "Longmire" (2012). Her parents are prominent attorneys, who also own a cattle ranch in Montana. She is the youngest of three children, brothers voice actor Crispin Freeman and musician Clark Freeman. leads an annual motorcycle ride, the Kyle Petty Charity Ride Across America.

They don’t call it the “most important meal of the day” for nothing. Young people who eat healthy breakfasts at home have better psychosocial health (which means involving both psychological and social aspects), according to a recent study in Frontiers in Nutrition. The team of researchers, using data from the 2017 Spanish Health Survey of almost 4,000 people aged 4-14, found that eating breakfast away from home is nearly as detrimental as skipping the meal entirely. While previous research has reported the important role of a nutritious breakfast, this is the first study to look at the reported effects of whether kids eat breakfast, as well as where and what they eat. The authors suggest the findings may be because meals away from home are frequently less nutritious than those prepared at home. The results showed that coffee, milk, tea, chocolate, cocoa, yogurt, bread, toast, cereals, and pastries are all associated with lower chances of behavioral problems. Surprisingly, eggs, cheese, and ham were linked with higher risks of such issues.

Most lightning deaths happen during the Summer in late afternoon and evening when bolts are most likely to occur and people are more likely to be caught outdoors. You can use an AM radio to monitor lightning activity by tuning it to an unused frequency and listening for the static caused by a bolt.

The next generation of “Jeopardy!” is here. Michael Cera, Constance Wu and Ray Romano are among the famous contenders for the first-ever season of “Celebrity Jeopardy!” In a video announcement, host Mayim Bialik called it: “The OG ‘Jeopardy’ with celebrities.” “The Office” actor B.J., Novak, Marvel star Simu Liu, comedian Iliza Shlesinger, “The Talk” host and “Criminal Minds” star Aisha Tyler, “I Love My Dad” actor Patton Oswalt and the WNBA’s Candace Parker round out the cast. Celebs will play for the chance to score money for a charity of their choice. Celebrity Jeopardy! will premiere Sept. 25 on ABC and will stream on Hulu. LINK: https://tinyurl.com/ywez48yp

Ben Affleck is selling his mansion for $30 million.

A life-sized Colonel Sanders statue was stolen from a California senior complex.

A study shows drinking a lot of beer doesn’t give you a beer gut.

The Oakland Police Department is investigating after 2 fans at the Athletics-Mariners game on Sunday allegedly engaged in a sex act in the stands at RingCentral Coliseum.

Weeks after Airbnb said it would permanently ban parties at properties rented through its platform, the company is deploying so-called “anti-party technology” in the US and Canada to enforce the measure. The new system analyzes a variety of factors, including previous reviews, how long a user has been on the platform, the length of the stay and whether the rental is occurring on a weekend or weekday. The goal, according to Airbnb, is to “help identify potentially high-risk reservations” and prevent those users from completing a booking. Those who are unable to book homes because of the anti-party tech will have the option to reserve a hotel room or a private room (where the owner is likely to be present) through the platform.

Wind doesn’t make a sound until it blows against an object.

Fruit stickers are edible, though like fruit, washing prior to eating is recommended.

Only 30% of people can flare their nostrils.

Eating 100 calories gives you the energy to propel a bicycle 3 miles (5km).

Question: In a survey, adults were asked about their childhood dream job, and THIS career came in at #1. What is it?

Imagine being invited to a wedding – and then, in the words of Alanis, being “uninvited”. Despite the fact that pandemic lockdowns are a thing of the past (at least for now…), it seems some soon-to-be-married couples have returned to the concept of the “microwedding” – and inflation is to blame. Couples blindsided by wedding budgets that have blown up by as much as 100% are scrambling to economize by any means possible in order to contend with the highest inflation in 40 years – and in some cases, that means downsizing their plans, and asking people that they had previously invited to share their big day, NOT to come. The Knot, which conducts an annual survey on wedding trends, found that nearly half the couples who were married last year reduced their guest count, and inflation has only continued to climb since. These days, couples are haggling more, searching for less-expensive substitutes for everything from entrees to engagement rings, and cutting costs any way they can.

THE KEYS TO ACHIEVING GOALS AND A HAPPIER, HEALTHIER LIFE:

Perhaps you need this on a Monday — these are the results of compiling a number of studies that looked at the ever-elusive quest not only for success at work, but success in personal contentment…

1. Agreeableness: It can improve your job performance, and your state of mind. (It’s also a sign of intelligence. Tell that to a politician sometime!)

2. Who you know: 4 in 5 people agree that no matter how hard they work, others with better business connections have the advantage. (On the other hand, I believe I have a DISadvantage if someone knows ME…)

3. Reconnecting to work: It’s important to disconnect from work at the end of the day, but just as important to head into work the next day with the right mindset for a productive day.

7. Money: Research shows that when one views wealth and material possessions as measures of success, they enjoy greater levels of satisfaction. But viewing money as a direct source of happiness doesn’t bring the same effect.

8. Checking your email less: Office workers are a lot more productive when they are interrupted fewer times each day by checking email. (‘Splain that to the boss next time he asks why you haven’t responded to his urgent email yet…)

9. Owning a pet: People who own pets are happier, earn more money, and exercise more frequently than those who don’t. (They’re also known to clean their carpet more often…)

11. Keeping your eyes on the prize: This is about being patient and able to save money toward a goal, rather than spending all you have right now for instant gratification. (Tried that once. Worst 15 minutes of my life!)

A boss has given all his 431 employees a handsome pay rise to help them with Britain’s sky-rocketing energy bills. Daron Hutt, managing director at phone system company 4Com, generously gave staff a £200 (US $236) monthly pay increase to address the inflation many of his employees were battling with. He said of what he’s calling the “Energy Support Bonus”: “We’re in a position where we can help offset some of the price rises that are clearly coming.” It was predicted last month that energy bills would continue to spike above £2,000 (US $2,363).