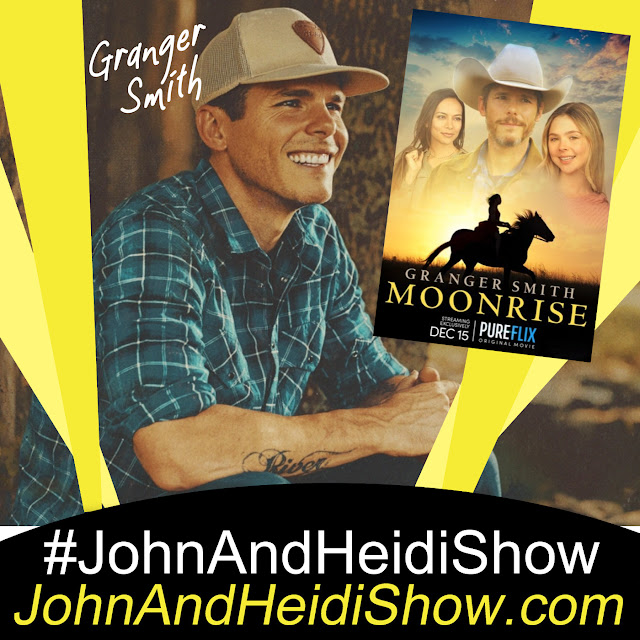 What, to you, is the one essential ingredient that makes the holiday season feel festive? In a new poll 56% of people globally agreed that the festive season requires snow on the ground. 8,500 people were surveyed across 14 countries, and 40% said they want to travel somewhere colder and snowier than where they live, rather than hotter and sunnier (34%) for the festive season. While those in the US said they’d rather hit up a busy city than anywhere else, people in the UK prefer a rural holiday getaway, and Canadians dream of a beach vacation. The OnePoll survey also found that respondents around the world rated Canada (20%) as their top bucket list holiday destination, followed by Italy (15%) and Iceland (14%).

It’s common question when the winter weather hits. Should we leave our windshield wiper blades up or down before a snowfall or ice storm? The Canadian Automobile Association (CAA) recommends keeping them down, because raising them is likely to reduce their pressure against the windshield over time, resulting in visibility issues. As well, wipers could snap back and crack your windshield, especially on a very cold day. While lifting your wipers prior to wintery weather may reduce some wear on the rubber, the vast majority of wear happens while actually using the wipers, so you won’t be doing much to increase their longevity.

The laughs will keep on coming. “The Daily Show” has released its lineup of A-list guest hosts who will take over once Trevor Noah departs after tonight’s show. The show will return to its 11pm timeslot on Comedy Central Jan. 17. Beginning on that date, Al Franken, Chelsea Handler, D. L. Hughley, Leslie Jones, John Leguizamo, Hasan Minhaj, Kal Penn, Sarah Silverman, Wanda Sykes and Marlon Wayans will host, each for a week at a time. The network is still looking for someone to fill the spot permanently beginning in the fall of 2023.

ABC has announced the star-packed performance lineup for “Dick Clark’s New Year’s Rockin’ Eve”. Ryan Seacrest will return to host the show, which will include performances from 4 venues, including Disneyland, for the first time. The Happiest Place on Earth will be home to several pre-taped performances. Ciara will host the show there and will perform, as will Fitz and the Tantrums, and Maddie & Tae, Shaggy and more. The LA Party concert will feature Wiz Khalifa, Finneas, Armani White, Betty Who, Dove Cameron, and Nicky Youre. Billy Porter will again host the Central Time Zone countdown from New Orleans. And Liza Koshy will return to co-host the Times Square segments with Seacrest. Jessie James Decker, who recently competed in Dancing With the Stars, will also be at Times Square.

“The Office” star Mindy Kaling has said she thinks “so much” of the show is “inappropriate” now. Kaling explained on “Good Morning America” that it’d be a tough assignment to make a reboot of the beloved NBC sitcom, because “That show is so inappropriate now”. The writers who I’m still in touch with now, we always talk about how so much of that show we probably couldn’t make now”. When asked what her character, the pop-culture obsessed ‘Kelly Kapoor’, would be doing in a 2022 version of The Office, Kaling responded: “I think she would have quit Dunder-Mifflin to become an influencer, and then probably be canceled, almost immediately. Actually, most of the characters on that show would be canceled by now.”

Many of us watch it every Christmas season. If you’re one of them, go into it this year knowing…

⇒ The role was made for Macauley Culkin: Writer John Hughes came up with the idea after seeing Culkin in the John Candy film “Uncle Buck”. In one scene, Culkin, who has been left alone by his uncle, interrogates his would-be babysitter.

⇒ Robert De Niro turned down the role of ‘Harry Lime’: So did Jon Lovitz. Then Joe Pesci made the part his own. Bonus fun fact: Pesci, used to playing the heavy in movies like “Raging Bull”, wasn’t used to the family-friendly atmosphere — and dropped a few f-bombs. He was asked to say “fridge” instead.

⇒ In real life, Kevin might have killed the Wet Bandits: In 2018, a doctor diagnosed what would happen if a person sustained the injuries they did at the hands of the 7-year-old. Between BB gun shots to the groin, and a steaming hot iron and can of paint to the face, their injuries would have caused a ‘blowout fracture’ and lead to serious disfigurement…at least.

⇒ The tarantula on burglar Daniel Stern’s face? Yep, that was real: Stern agreed to let it happen—but only one take. Stern had to mime the blood-curdling scream, so as not to frighten the spider, and have the sound dubbed in later.

⇒ Old Man Marley wasn’t in the original screenplay: Kevin’s supposedly scary neighbor, who eventually teaches him the importance of family, was added at the suggestion of director Chris Columbus, who thought the film could do with a stronger dose of sentimentality.

⇒ Elvis may have made a cameo: When Catherine O’Hara’s character ‘Kate’ is at the airport, trying to get home to be with Kevin, an extra in the background caused a conspiracy theory that Elvis Presley was alive and well and working as an extra on holiday movies.

Police are sometimes called “the fuzz” because London cops once wore fuzzy helmets.

Cats have 5 toes on the front paws — but only 4 on the back paws.

If you lose your pinkie finger, you lose 50% of your hand strength.

The female equivalent of ‘dude’ is ‘dudine’.

Buttermilk does not contain any butter.

With 2 forks and a charge, a pickle will emit light.

Question: The average person buys 3 of THESE every holiday season. What are they?

A Florida man’s hope for a romantic sunset proposal was sunk after he accidentally fumbled the engagement ring while proposing to his girlfriend onboard a boat. Scott Clyne and his then-girlfriend Suzie Tucker were standing on the boat admiring the view when Clyne attempted to propose…only to accidentally drop the box into the ocean, as can be seen in a now-viral TikTok. The 35-year-old then dove into the sea in an effort to keep the romance afloat, while Tucker simply laughed as their moment literally sunk. Clyne managed to retrieve the ring and still went through with the proposal – and she said yes! A friend managed to capture the whole “ring overboard” moment. LINK: https://tinyurl.com/bdspaj48

Things that many people believe to be true…that aren’t…

✗ Humans must establish “alpha” dominant status over pet dogs: Dogs do not subscribe to an “alpha” based social structure. Wolves don’t either. Don’t be mean to your dog.

✗ All opinions are equal: Yes, everyone may have opinions, and should be allowed to speak their mind. But when debating a topic, there’s a big difference between someone who has spent their entire professional career and education on the subject, versus someone who saw a post on social media.

✗ “Schizophrenia” means a split personality: It’s actually a disorder with episodes of psychosis and symptoms like paranoia or hallucinations.

✗ I before E except after C: Except when your foreign neighbor Keith receives eight counterfeit reindeer sleighs from feisty caffeinated weightlifters.

Marriage is like mushrooms: we notice too late if they are good or bad. - Woody Allen

A team of neighbors, firefighters, and animal control officers worked for hours in the freezing weather to rescue 4 horses that fell through an icy pond. A video shared to YouTube shows the numerous attempts to pull the horses from Patrick Creek in Montana, each one failing until the rescuers eventually harnessed some extra ‘horse power’ from a tractor. A dozen people all worked together to save the horses. They first tried to make makeshift pontoons from pallets of wood in an attempt to make a ramp. Next, they tried to pull one horse out of the water with a rope, but couldn’t free the animal completely. Eventually, all 4 were removed safely by using a harness attached to a tractor. They were all taken to a veterinary clinic where they received care. LINK: https://youtu.be/g8G2uzM0dL4