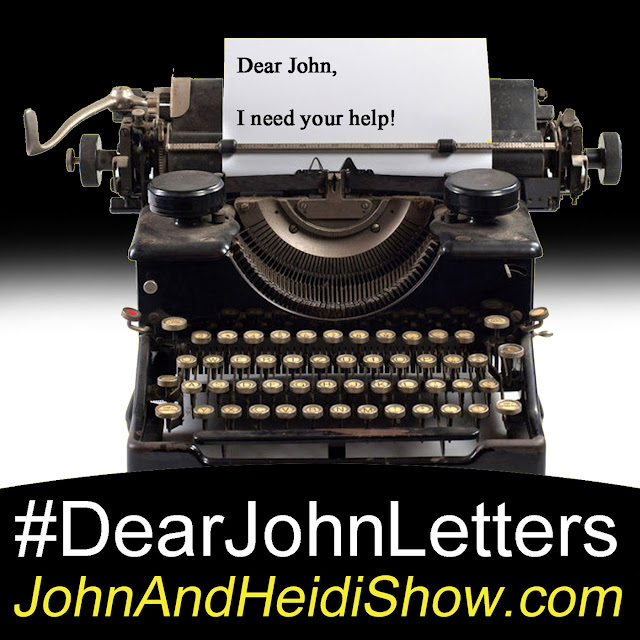 I have two events on the same night... and both are at the same time. One is for a coworker who is singing at her church. She recently loaned me some money when I needed a little help. I paid her back, but I think I owe it to her to be at her concert. The other is my nephew's Christmas program at his school. I go to that every year and I enjoy it more than he does. I think I could skip it and he wouldn't even know. My plan was to go to the church early and watch the beginning of her concert, then sneak out and go to the school and catch the end of his program and join them for cookies! Does this sound like an “evil plan”? That's what my boyfriend called it. He said I need to skip one of the events and tell the others why. What do you think?

When it comes to dirty dishes, are you a “doer, or an “ignorer”? The average dirty dish lays untouched in the sink for a day and a half, according to a survey about people’s kitchen habits. The study of 2,000 Americans also found that about half run their dishwasher 3 times per week. What other dirt did the OnePoll survey dig up? 54% believe pots and pans should be washed by hand, followed by fine-dining ware (46%), glasses (38%), and coffee mugs (37%). Interestingly, there is almost universal agreement on where certain things belong in dishwashers. Respondents say plates (75%), cutlery and utensils (67%), pots and pans (55%), and fine dining ware (37%) all belong on the bottom rack. The top rack is reserved for coffee mugs, glasses, travel mugs, plasticware, and bowls. About half of Gen Z and millennials believe it’s OK to leave dishes in the sink for 1-4 days before putting them in the dishwasher, compared 66% of Gen X, and 72% of baby boomers – who all believe that one day is the limit.

Elon Musk says Twitter will eventually increase its character limit from the current 280 to 4,000. In reply to a question whether rumored plans for Twitter to increase the character limit to 4,000 were true, the CEO (and “Chief Twit”) responded “Yes,” without providing additional information. Twitter originally had a character limit of 140, before it was increased to 280 in 2017. 4,000 characters would enable Twitter users to create posts of 570-1,000 words, with spaces.

“Saturday Night Live’s” next episode on December 17 with host Austin Butler will now feature musical guest Lizzo. She is stepping in for previously announced musical guest the Yeah Yeah Yeahs. They have announced they are pulling out of their scheduled appearance on the show because of guitarist Nick Zinner’s ongoing battle with pneumonia. He has been dealing with the illness for the past month and has not recovered enough to perform. Lizzo will perform as musical guest for the third time. She most recently pulled double duty as host and musical guest in April. Lizzo, a recent Emmy winner for “Lizzo’s Watch Out For the Big Grrrls”, is currently nominated for 6 Grammy Awards and is on tour supporting her newest album “Special”.

Steve Harvey will no longer host the Miss Universe competition. Miss Universe’s CEO Amy Emmerich has confirmed that Harvey will not host the 2023 pageant set for Jan. 14, and a female emcee will take his place, in an effort at a “restart in a whole new place”. Most pageant fans remember Harvey as the host who announced the wrong winner during Miss Universe 2015. He was supposed to call Pia Wurtzbach of the Philippines, but initially announced Ariadna Gutierrez of Colombia as the winner. FOX retained Harvey as host for 5 more years as part of its deal with the organization. The new host is expected to be announced in the next few weeks.

HBO has published a new video that seems to tease the “Game of Thrones” spinoff about ‘Jon Snow’. “SNOW” is reportedly in development, but with the release of this new sizzle reel, some fans suspect that a big announcement is coming. The new video is essentially a highlight reel depicting “Jon Snow’s Journey” in Game of Thrones. It says nothing about another show, but by now most fans know that Harington is heavily involved in developing a spinoff with the working title SNOW. According to author George R.R. Martin, the idea behind SNOW is to be a sequel about Jon Snow’s life beyond The Wall after the events of the Game of Thrones TV series. LINK: https://tinyurl.com/2zwxmjvb

Scientists say they have finally figured out why people get more colds during the winter months. In research the medical community is hailing as a breakthrough, a study published in The Journal of Allergy and Clinical Immunology found that cold air weakens the body’s immune response — especially in the nose, which is one of the first sites of contact for respiratory viruses and an important part of the body’s immune response. The research found that reducing the temperature inside the nose by just 9° Fahrenheit (5.6°C) kills nearly 50% of the billions of virus and bacteria-fighting cells in the nostrils.

If you ever get criticized for being an old bear before your first cup of morning coffee, just blame it on science. A new study from Thailand has shown that having a caffeinated drink in the morning has some serious brain benefits. Results published in Physiology and Behaviour showed that there was a reduction of alpha wave activity following a morning caffeine hit – a type of brain activity that is linked to drowsiness. Working memory also showed an improvement following consumption of a caffeinated drink. That’s essentially your short-term memory firing up with your first cuppa. And even more good news: That reduction of alpha waves is linked to an increase in cognitive function.

Most liquid laundry detergents are alive with living organisms that help to break down stains.

A penguin was once knighted in Norway.

The word “friends” is said in every episode of “Friends”.

The “hashtag” key on your keyboard (#) is called an octotroph.

A group of horses will not go to sleep at the same time – at least one of them will stay awake to look out for the others.

Question: A Career Builder survey says 7% of employers have fired someone due to THIS. What is it?

There’s a song that’s so relaxing that drivers are actually being warned not to listen to it while behind the wheel. Said to be the most calming song ever, the 8-minute piece of music has been found to reduce blood pressure, slow the heart rate and decrease levels of cortisol (the stress hormone). Also — it can even make people so relaxed, they become drowsy — which is why it shouldn’t be listened to while driving. A study by shower gel brand Radox Spa found the song – which is called ‘Weightless’ by Marconi Union – is even more relaxing than a peaceful walk, having a massage or enjoying a cup of tea. In a study, the song was found to be 11% more effective than any other song, reduce anxiety by 65%, and it made some of the participants ‘drowsy’. What makes it so relaxing? The band that recorded it worked with sound therapists in producing the song, using pianos, guitars, chimes, and Buddhist chants to create the melody. LINK: https://www.youtube.com/watch?v=UfcAVejslrU

• “Meet a deadline”: A deadline was an actual line drawn on Civil War prisons. If a prisoner escaped and crossed that line, he would be killed.

• “Pulling my leg”: This phrase goes back to Victorian London, when it wasn’t used to refer to when someone is trying to fool us, but to the then fairly-common practice by robbers of dragging a person by the leg to get their hands on one’s possessions.

• “Diehard”: This term dates back to the 1700s. Then, it wasn’t used to describe a huge fan of something. It was used to refer to those who struggled the longest when hanged.

• “Bite the bullet”: Soldiers in the battlefield sometimes had to undergo emergency procedures without anesthesia or alcohol to numb the pain. So, they’d have to literally “bite a bullet”.

• “Taken aback”: Comes from the idea of attacking someone from behind. The element of surprise can make an effective way to conduct an attack.

• “Running amok”: comes from the Amuco, a band of Javanese and Malay warriors who would go on killing sprees for unknown reasons. It is believed there was some mental condition afflicting them.

• “God bless you”: Its origins can be traced back to the plague. It was used to express a desire for your soul to remain in your body, because the Black Death could take it.

Before you marry a person, you should at least make them use a computer with a slow internet connection to find out who they really are. - Will Ferrell

Brenda Gomez Hernandez recently gave birth to a baby girl… but her exciting day was only half-over. Just hours later, she learned she won a $100,000 lottery jackpot! And even better, Gomez Hernandez, of Concord NC, said that she won the prize thanks to her other children: She used her sons’ birthdays to pick her winning numbers for the Nov. 9 Powerball lottery. The Concord NC woman says she literally cried when she found out. She plans to use the cash to pay for her house.