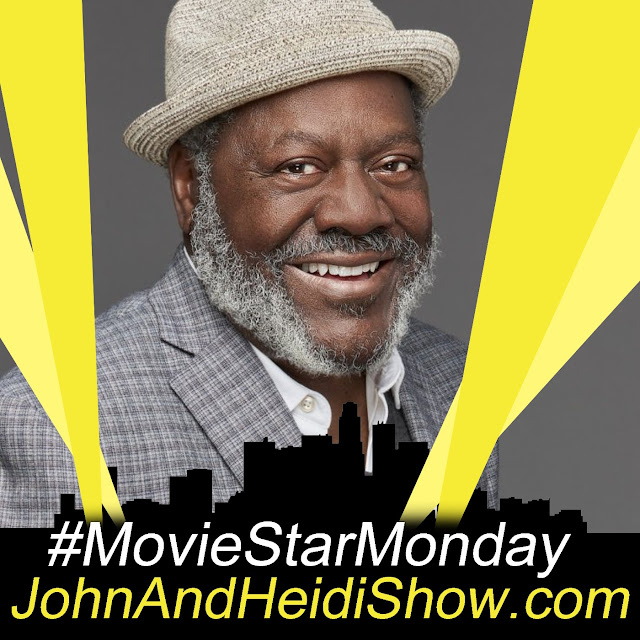 This #MovieStarMonday we visit with Frankie Faison (Coming To America, Do The Right Thing, The Silence Of The Lambs, White Chicks, The Killing Of Kenneth Chamberlain) We will visit about his latest film TILL which currently holds a 100% on Rotten Tomatoes from critics, and a 97% from audience reviewers. https://www.youtube.com/watch?v=rkQi6GBwmSA&t=3s

If you could work from anywhere, where would you choose to live? More importantly, which U.S. cities would set you up for success?

The 10 best (and 10 worst) cities for remote workers below, followed by some highlights and lowlights from our report. (See where your city ranks here.)

Atlantis (or Atlantica) was described in antiquity as a large island in the sea to the west of the known world (the Western Ocean), near the Pillars of Hercules (the Gibraltar Straits?). It was not, therefore, a part of the known geography of the period. An earthquake was said to have submerged it in the ocean. It is first mentioned in the dialogues Timaeus and Critias written about 360 BC by the Greek philosopher Plato (428-347 BC). An Egyptian priest was supposed to have described it to the Greek statesman Solon (638-559 BC). The priest insisted that Atlantis was enormous – bigger than Asia Minor (today, a part of Turkey) and Libya combined. It harbored a technologically advanced civilization, recounted the priest, in the 10th millennium BC (c. 12,000 years ago). Curiously, he also said that the Atlanteans conquered all the lands of antiquity, bar Athens (which only came into existence in the Neolithic period, about 3000 years later). Arab geographers propagated the story of Atlantis and medieval European authors referred to it as fact.

Tom Cruise motorcycles off a cliff, base-jumps through the sky and leaps out of planes in an extended behind-the-scenes featurette released by Paramount for “Mission: Impossible – Dead Reckoning – Part One.” The clip opens with a shot of a long ramp curling over a cliff’s rocky edge in Norway, and Christopher McQuarrie, writer and director of the film, saying: “This is far and away the most dangerous thing we’ve ever attempted”. Cruise adds: “We’ve been working on this for years…it’s gonna be a motorcycle jump off a clip into a base jump. I’ve wanted to do it since I was a little kid.” The clip shows the arduous prep that the stunt involves, including over 500 skydives and 13,000 motocross jumps. “Dead Reckoning” is set for release in July. LINK: https://tinyurl.com/2w4seatw

The South Carolina Education Lottery said its Pick 3 drawing paid out more than $3 million in prizes when the numbers came up 7-7-7. Lottery officials said 12,125 tickets bearing the numbers 7-7-7 became top prize winners when the numbers were selected in the Christmas Day Pick 3 drawing. Each ticket earns a prize of $250 or $500, depending on the amount paid for the ticket. The total payout was just over $3 million, the lottery said. "Triple number combinations are by far the lottery's most popular played sequences, with Sunday's midday drawing producing 10 times the number of wins compared to the week prior," officials said in the news release. The drawing marked the 14th time that a South Carolina Pick 3 drawing had resulted in the numbers 7-7-7. https://www.upi.com/Odd_News

Tom Hanks has a collection of over 100 typewriters.

Jennifer Lopez was Madonna’s first choice to perform with and, of course, kiss, at the 2003 MTV Video Music Awards (Britney Spears eventually got the gig).

Leonardo DiCaprio’s mom was looking at a Leonardo da Vinci painting in a museum in Italy when Leo first kicked. That’s why he’s named Leonardo.

Question: Your ability to do THIS is diminished when you are lying down.

It’s never a good idea to use animals as a weapon. The cops were called to a residence on a report of domestic battery. Further investigation found that Susan Franklin, had gotten into an argument with her girlfriend, at which time she picked up her cat and used it to scratch the face of her domestic partner. The victim, who suffered numerous lacerations on her face, pressed charges and Franklin was charged with domestic battery. The cat, while clearly an accomplice, was not charged.

When analyzing the slang terms currently dominating the pop culture scene, it’s impossible not to give credit or show appreciation to some of the iconic words coined by celebrities and high profile individuals.

Are you guilty of using or having used at least one of these words? Let’s see…

‘Sliving’ - Paris Hilton
As a woman of many entrepreneurial talents, Hilton has built an empire for herself over the years, and her success shows no signs of declining. And so, it comes as no surprise that she invented the term ‘sliving’, which is a reference to ‘slaying’ and living your best life. Simply put, a person who is ‘sliving’ really has it all - from personal to professional success.

‘Okurr’ - Cardi B
As shown in her interviews and in her famous advertising endorsements, Cardi B fans know that the rapper simply doesn’t say ‘okay’. Instead, she drops the word ‘okurr’, which is a cross between ‘okay’ and sure’. The word itself is intended as a sassy yet agreeable way of saying ‘okay’.

‘Flawsome’ - Tyra Banks
American TV personality and model Tyra Banks stands for all things love and acceptance. So much so, she invented the word ‘flawsome’, which refers to the act of feeling great while embracing your own flaws. Other words that Tyra has coined include ‘smize’ (meaning to smile with your eyes) and ‘drekitude’ (a disgusting attitude).

‘Shamazing’ - Nicole Scherzinger
Back in her X-Factor days, judge Nicole Scherzinger dropped the term ‘shamazing’ to describe a performance by singer Jahmene Douglas. The word simply means ‘super amazing’ or ‘super cool’ - and whether this is a cringe-worthy piece of slang is certainly still up for debate.

‘Bible’ - The Kardashians
We know that the glue that holds the Karshadian family together is honesty and loyalty. And so, the word ‘Bible’ is commonly used in the KarJenner household when it comes to expressing something you really mean. The term itself originates from the fact one is required to swear on the Bible in court ahead of giving evidence.

“I thought talk was cheap until I saw our telephone bill.” – Henny Youngman