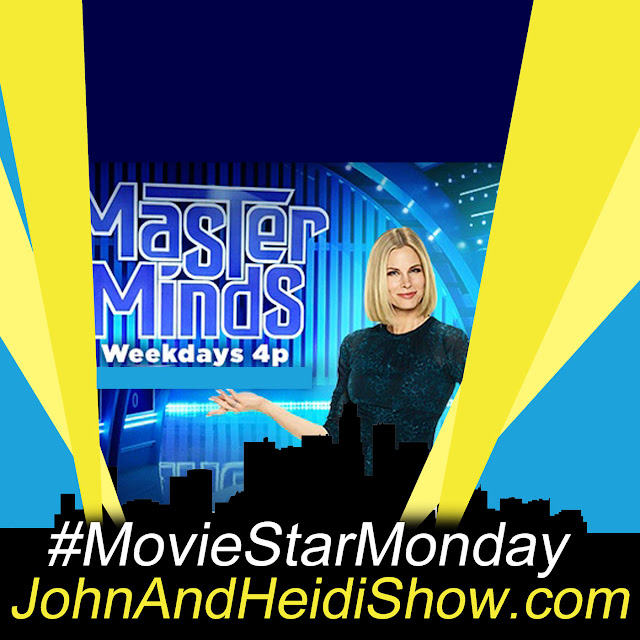 1. Celebrate your past achievements: Even though you quit on some goals, that doesn’t make you a failure. You’ve accomplished some great things in the past, and you should value that. So, organize some form of celebration with friends and colleagues, to be encouraged to do better in the future.

2. Revise your goals: This is a perfect time to take an in-depth look into the goals you previously set. This will help recognize the lapses and loopholes in them and to create a better, more effective plan.

3. Teach others: After learning and practicing effective techniques for achieving your goals, help others learn to do likewise. They’ll be grateful, and you’ll be helping them.

A new type of shoes, available this summer, promises to allow you to walk at the speed of your run. The strap-ons, aptly named “Moonwalkers,” feature 8 wheels per shoe to move your feet as if you were on a moving walkway at an airport. For safety, on stairs, or in crowded areas, the wheels don’t move at all. Designed by American tech start-up Shift Robotics, they accelerate normal walking pace to 6.8 mph, around the clip of a comfortable run. No word on price. LINK: https://youtu.be/8r0TPD5NUQ0

Sally Field has been named the 58th recipient of SAG-AFTRA’s highest tribute: the SAG Life Achievement Award for career achievement and humanitarian accomplishment. Field, who has previously won 2 Oscars, a SAG Award, 3 Emmys, and more, will be presented with the honor at the 29th Annual Screen Actors Guild Awards ceremony, which will be broadcast live on Netflix’s YouTube channel, on February 26 from the Fairmont Century Plaza in Los Angeles.

Last week, news broke that Disney is working on a revival of the beloved cartoon “Phineas and Ferb”, and fans are still ecstatic over the news. Disney officially announced the news on Friday at a Television Critics Association panel. Original series creator Dan Povenmire will be overseeing the revival. Disney Branded Television has ordered 40 new episodes of Phineas and Ferb – 2 seasons with 20 episodes each.

Channing Tatum has revealed plans to remake the classic romance movie “Ghost”. In an interview, he announced that he has attained rights to the 1990 film, and he’ll potentially playing the Patrick Swayze role. Ghost was one of the highest-grossing movies of the ‘90s and won 2 Oscars, including Best Supporting Actress for Whoopi Goldberg. His production company, Free Association, is putting the project together, but Tatum cautions: “We’re going to do something different” it “needs to change a little. Ghost starred Swayze as banker ‘Sam Wheat’, whose ghost tries to save his girlfriend, ‘Molly Jensen’, played by Demi Moore.

With a number of substantial winter storms lately, you may have noticed an increase in drivers who elect to brave their way through the conditions – with their 4-way flashers on. Why? Well, you’d have to ask them. While I’m sure they feel they are increasing their visibility, or sending the signal to other drivers that extra care is needed, but they may be surprised to know that the vast majority of experts advise against the practice. Plus, it’s actually illegal to do so in most US states and Canadian provinces. As pointed out by a specialist in a Reader’s Digest article, drivers should “Realize that in bad weather it is hard enough to see you, but now with no turn signals, other drivers also don’t know where you may be going to.” A Charlotte meteorologist tweeted about driving with hazard lights on after a recent rainstorm: “Please stop! No one knows what you are doing. Are you stalled? Turning left and right? In a funeral procession? Wipers on, lights on, is all you need.” In fact, many experts say if the rain or weather is bad enough to turn on hazard lights, then the driver should assume the conditions are too bad to continue driving the vehicle.

✓ In Victorian times, sausages were called “bags of mystery.”

✓ Elvis Presley made only 1 television commercial.

Question: The average family uses only about 8% of THESE. What are they?

Japanese scientists say they have developed an electric spoon and bowl combination that makes food taste saltier. The team, from Kirin Holdings Company and Meiji University, say their invention uses weak electrical stimulation to enhance the salty taste of low-sodium foods. The “Electric Salt” devices, slated to launch in Japan this year, reportedly increases the salt taste by 1.5 times without raising blood pressure. The Electric Salt Spoon and Electric Salt Bowl use “electric taste sensation” technology, which transmits sodium ions from food to the diner’s mouth, to create a sense of saltiness — without any effect on the human body. The current passes through the food from the tip of the spoon and from the inside of the bowl by holding it, according to the researchers, who have also developed electric chopsticks.

NAME YOUR CHILD ACCORDING TO YOUR PROFESSION:

Life begins at 40 – but so do fallen arches, rheumatism, faulty eyesight, and the tendency to tell a story to the same person, three or four times. - Helen Rowland

Police Officer Buys A Week's Worth Of Groceries For Struggling Woman
https://www.sunnyskyz.com/good-news/