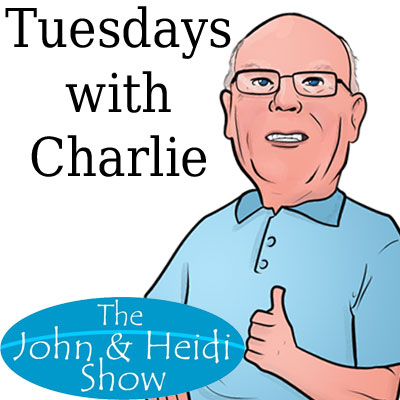 THE QUOTE OF THE DAY! "Nothing is impossible, the word itself says 'I'm possible!'"--Audrey Hepburn

Former Silicon Valley star and comedian T.J. Miller was arrested for making a bomb threat on an Amtrak train.
(https://goo.gl/DB43A3)

43-year-old Antonio Alvarez of Wisconsin was arrested for his alleged seventh drunken driving offense. Alvarez was found sleeping in his vehicle with the engine running and the headlights on at about 1:30 a.m. An officer contacted the driver, who displayed signs of impairment by alcohol. He submitted to field sobriety testing and a preliminary breath test, resulting in his arrest. He refused to submit to an evidentiary blood sample so a search warrant was issued for the sample. Alvarez also was arrested on two warrants for purchasing pseudoephedrine for someone else to make methamphetamine, in November 2016 and October 2017.
(https://goo.gl/Egf1wH)

BIG SCREEN-LITTLE SCREEN:
Brought to you by ChannelSurferTV.com... TV with a LOWER monthly fee!
You couldn’t write a more fairy tale-esque romance for Prince Harry and actress Meghan Markle — but Lifetime is going to try. The cable channel is developing Harry & Meghan: The Royal Love Story, a film that chronicles the pair’s relationship. The TV movie will follow their love story from the blind date where they first met, to the intense global media attention surrounding their courtship and eventual engagement.

The Rock showed that once again, he is capable of bringing people to the theater. Rampage squeaked by A Quiet Place in its opening weekend to win the box office with $34.5 million. A Quiet Place continued to bring in plenty of horror fans as it took in $32.6 million in ticket sales.

SCOOP OF THE DAY:
Brought To You By FirstCupIsFree.com (be happy... try it free)
The newest study shows that the currents of the Atlantic Ocean have become weak. They’re the slowest they’ve been in 1,000 years.

If you're trying to lose weight, don't go out to eat. According to a Georgia State University study, people dining with other people consume 44% more food than when they eat alone, mainly because they spend more time at the table. A related study, published in the journal Appetite, revealed that women tend to mirror the eating patterns of their same-sex dining friends.

A thief broke into a car in Ireland and made off with a protein drink shaker and a bag containing an apple and an orange.

A Florida man asked the store clerk, "What would happen if I stole some beer?" Police say Christopher Maxwell soon found out. Sebastian police told TCPalm.com the 33-year-old Maxwell entered a convenience store at 2:30 a.m. Friday but was told he couldn't buy beer because alcohol sales are banned in the city between 1 and 7 a.m. In response to Maxwell's question, the clerk replied she would call 911. Maxwell still grabbed two 18-packs of Bud Light and left. The clerk did as she said. Police found Maxwell nearby with an 18-pack in each hand. Officers said he struggled when they tried to arrest him. He remained jailed Sunday on charges of petty theft and battery on a police officer. Records don't show if he has an attorney.
http://www.wate.com/1122859051?utm_medium=social&utm_source=twitter_6News

Valetudinarian  (VAL-ih-TYOOD-ihNAIR-ee-yun)
Noun:
-A person who is unduly anxious about their health.
-A person suffering from poor health.
Adjective:
-Showing undue concern about one's health.

WEIRD NEWS:
Brought To You By 49ByDesign.com (websites $49/mo with no set up fee)
Houston police are on the hunt for a gold-toothed jerk seen in a Snapchat video shooting a gun out of a moving car. The Snapchat video shows the unidentified man — who flashes his golden chompers — smoking a cigarette as he pops off nine rounds from a semi-automatic pistol out the rear window. The footage was captioned: “Gang gang who want smoke!?” Police said no one was believed to have been struck by the bullets. Cops think the disturbing video was filmed in northwest Houston.
(https://goo.gl/tdBXwG)

MOMENT OF DUH:By LearnWithoutLoans.com (Find Funding For College)
Burlington, Massachusetts Police are looking to the public to help identify a man who allegedly poured urine into bathroom soap dispensers and air fresheners last month at the town library. Police said that witnesses reported the restroom had a “noticeable odor throughout.” A library visitor had told staff the day before that there was “a cup with urine in it on a shelf in the men’s restroom.” Lieutenant Thomas Brown said he did not know why library staff waited a day to notify police. Library staff then discovered the urine had been mixed in with the soap. Police are investigating and reviewing surveillance footage of the suspect, who was described as being of Middle Eastern or Indian descent in the police report.
(https://goo.gl/FAHvCx)