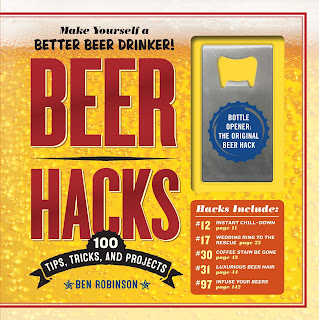 WE'RE ALSO GIVING AWAY A FEW COPIES FOR THIS #WinningWednesday!
Register to win at JohnAndHeidiShow.com

"It takes as much energy to wish as it does to plan." --Eleanor Roosevelt

I'm going to give you the name of a REAL place...I want you to tell me if it houses a GOLF COURSE or a REHAB CENTER!Charleston Springs in Millstone, New Jersey ….. GOLF COURSE

One man’s mile-high workout took an unexpected turn. An American Airlines flight from Phoenix to Boston was diverted to Kansas City, Mo. Monday evening after a passenger allegedly refused to stop doing pull-ups using the plane’s overhead bins. According to other passengers on Flight 2763, the unidentified man appeared to be intoxicated when he boarded the plane with a woman and two dogs. Soon after the man began bizarrely demonstrating his athleticism. One passenger said, “He was leaning up against where you put the bags overhead and a passenger came by and said ‘What are you going to do, some pull ups?’ and the guy actually grabbed on to it and started doing some pull ups on the plane in front of everybody.” The man reportedly ordered alcohol on the flight and became more belligerent. American Airlines confirmed that the plane carrying 147 passengers and 6 crew members was forced to divert to Kansas City because of the unruly passenger. It is unclear whether or not he will face an arrest.(https://goo.gl/htHUXp)
SCOOP OF THE DAY:Brought to you by FreshPatch.com (use promo code RADIO to save 10%)
A trial begins this week in which a group of Asian students are suing Harvard University for discrimination and furthering ethnic stereotypes. (https://goo.gl/GfhZQg)

Newly released notes from Stephen Hawking revealed that the late scientist feared genetic engineering could lead to a group of “super-humans” who would destroy the earth.
(https://goo.gl/rBwKsW)

A new study found that 6 in 10 Americans believe they’ve seen a ghost. (https://goo.gl/8ocqE9)

A gender reveal party ended in a brawl at an Ohio Applebee’s after the guests argued with the staff over who should pick up the confetti. (https://goo.gl/76gz53)

Canadians say "sorry" so much that The Apology Act was passed in 2009, declaring that an apology can't be used as evidence of admission of guilt.

From Early 17th century (denoting a dish made with oatmeal or wheatmeal boiled to a jelly): from Welsh llymru; perhaps related to llymrig 'soft, slippery'.

Used in a sentence:
“Feeding flummery to the fulgurous faun failed to flatter, as the fulsome fainéant feigned fullness.”

WEIRD NEWS:
Brought to you by FreshPatch.com (use promo code RADIO to save 10%)
Recently, the Minnesota Department of Health cited the owner of a funeral home in Jordan for storing apple sauce in its embalming room during an inspection in 2017. The Minnesota Department of Health conducted a routine funeral home inspection of Wagner Funeral Home, owned and operated by Joseph Wagner, where they discovered that the preparation and embalming room was used to store glass jars containing food from the Wagner apple orchard business. They observed five rows of wooden crates stacked over four feet in height, blocking emergency equipment including the eyewash and shower station. The hazardous waste container was also stored in front of the crates on the floor. Wagner stated that the jars were filled with applesauce from the apple orchard. He admitted to storing them there because he did not have enough storage space. Wagner was cited for multiple violations and fined $2,500 that would be forgiven if they were corrected and a $5,000 penalty that had to be paid. (https://goo.gl/sRSAsw)

MOMENT OF DUH:
22-year-old Hermes Callijas-Gasperin of Florida was arrested for allegedly pelting his mother with sausages inside the kitchen of their Bradenton residence. Cops charge that Callijas-Gasperin battered his 41-year-old mother after asking her to make him some food. The victim agreed to prepare a meal, but asked her son “to give her a few minutes due to being busy.” The unemployed Callijas-Gasperin became angry when asked to wait. He “threw the remaining sausages” at his mother, with one sausage striking her in the right eye. He also allegedly pushed the victim backwards and placed his hands around her neck. Callijas-Gasperin contended that he had done nothing wrong, adding that he would not have tossed the sausages if his mother would have “said sorry.” Callijas-Gasperin was busted for misdemeanor domestic battery and booked into the county jail, where he remains locked up on $750 bond. Upon his release, Callijas-Gasperin has been ordered to stay at least 500 feet away from his mother. (https://goo.gl/6bmgp2)