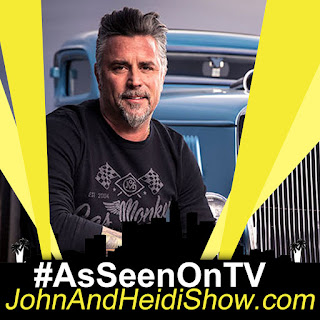 Promised yourself to quit smoking in the new year, but just can’t stop lighting up? You’re not alone, with a new survey (out of Australia) showing that only 3 percent of smokers who made such resolutions stuck with them. More than half of smokers who said they were going to quit this year were back to lighting up within a week. Around 15 percent lit up within hours of making the pledge.

Sometimes we don’t think things through, and that’s perfectly normal. But this incident, this is just too much. Someone needs to fire the person who came up with this dumb, yet hilarious idea. Turns out Police in West Jakarta, Indonesia got people insanely high when they tried to burn three tons of marijuana! Not only were they burning cannabis, oh no, the fire included 2538 ecstasy pills and two pounds of crystal meth! Why? To destroy the illegal imports in a fire. According to reports, the police officers anticipate that the fumes created by the burning drugs would be potent and powerful, and were prepared by wearing gas masks. But it seems like they forgot to inform locals in the surrounding area, and a number of people complained saying they suffer from dizziness, headaches, and reportedly felt completely high. (https://bit.ly/2DmSqKE)

Heidi Klum posed in lingerie and snakes in a promo for the next season of “Germany’s Next Top Model.” (https://goo.gl/MkL4q1)
Charlie Sheen is selling his seven bedroom seven bathroom Beverly Hills mansion for $8.5 million. (https://dailym.ai/2AUXDYs)
SCOOP OF THE DAY: Brought to you by FunkyMonkeyShirts.com

An ex-pal of Lauren Sanchez says Jeff Bezos would be stupid to marry her.
(https://pge.sx/2Mhm1rN)

Jessica Simpson is being mocked online for revealing that her unborn daughter will be named “Birdie.” (https://pge.sx/2RYNMKX)

A woman in China has a rare hearing disorder and can no longer hear men’s voices. The woman was initially suffering from ringing in the ears and vomiting. When she woke up the next morning, she could not hear her boyfriend speaking. Her doctor diagnosed the woman with reverse slope hearing loss. She can no longer hear low frequencies — which include the average male voice. Her doctor believes the condition was brought on by stress and is only temporary.

Having a beer, cocktail, or glass of wine after a long, stressful day at work releases feel-good chemicals in the brain, like endorphins and dopamine, as well as norepinephrine, a neurotransmitter that aids in arousal. But if you imbibe responsibly, you know that already. What’s surprising is that you can punch up the entire experience by sipping in the shower. According to Dr. Christopher Hollingsworth of NYC Surgical Associates, the shower beer “is actually a great way to improve productivity and creativity. Showers are a great way to release dopamine, and adding one drink to that can assist your creative juices due to your relaxed mindset.”

Sales of Chicken Noodle Soup are best in January

WEIRD NEWS: Brought to you by WeirdGiftOfTheDay.com
According to police, back on January 13th a man nearly lost his finger during a dispute over shoveling snow in a Cincinnati neighborhood. Cincinnati police reported that the victim was shoveling driveways and was approached by two other people who were also shoveling snow. The suspects accused the victim of taking their jobs. Police said one suspect sucker punched the victim and hit him in the head with a shovel. The victim put his hand up in self-defense and was struck in the hand. Police said his ring finger was nearly severed. The suspects were last seen leaving the area in a red 2000-2004 Toyota Camry. Police thoroughly described both suspect’s appearance and are now asking anyone with information to call the Cincinnati police department. (https://bit.ly/2R2yDDS)

Cops report that an Ohio teenager called 9-1-1 Saturday to accuse her father of theft after he took away her cell phone as a disciplinary measure. After the 16-year-old girl dialed 9-1-1 to report that, “My father took property, which is an $800 phone, that does not belong to him,” police were dispatched to her family’s residence in South Euclid, a Cleveland suburb. The girl reportedly told the police dispatcher, “I just want him to return my phone and I could leave and go to my grandmother’s.” When cops arrived at the home, the teenager, named Malikah, explained that her father had confiscated her phone, which the child considered an act worthy of law enforcement intervention. Malikah’s 37-year-old father explained to police that he seized the phone “as punishment.” Officers advised the juvenile that possession of the device was a privilege--and not a property rights issue. Police departed the property after concluding that there was “no active argument or issue in home.” (https://bit.ly/2AODDXv)