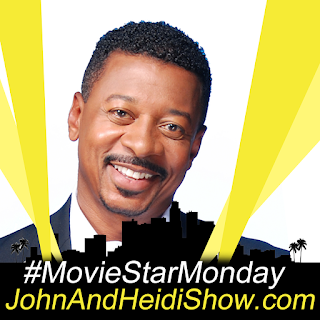 A study by the American Society for Biochemistry found that dogs can sniff out cancer with 97% accuracy. (https://bit.ly/2U7Q9Im)
BRAIN ON DRUGS:
Brought to you by TimeForRehab.com! Each day we talk about people doing dumb things under the influence, but addiction is no laughing matter… if you or someone you know needs help, we're here to help! You can learn more at TimeForRehab.com.

A 30-year-old Michigan man, who police found in his car naked from the waist down, was arrested on a drunken driving charge. According to Troy police, Adam Corie Lafave was inside a 2009 Chrysler sedan that was blocking lanes around 6:00 a.m. on March 22nd. Police reported the vehicle was missing tires, had a broken tie rod, and was leaking oil. Police approached the vehicle and spoke to Lafave, who allegedly was naked from the waist down. Lafave did several sobriety tests and had a blood-alcohol-content level of .165. The legal level in Michigan is .08. Lafave was arrested and charged with operating a motor vehicle while under the influence of alcohol. (https://on-ajc.com/2UuavQs)
BIG SCREEN-LITTLE SCREEN: Brought to you by ChannelSurferTV.com

Bill Murray’s new zombie movie, “The Dead Don’t Die,” will kick off the Cannes film festival in May. (https://bit.ly/2WZQzm6)

Matt Lauer made a rare public appearance to celebrate Jeff Zucker’s 54th birthday. (https://pge.sx/2IoqJ7a)SCOOP OF THE DAY: Brought to you by BetterCreditCards.net
Khloe Kardashian is set to produce “Twisted Love,” a six part series that explores what happens when love and affection spiral into twisted fame and jealousy. (https://pge.sx/2IpSlc0)Pennsylvania Police are looking for a group of female thieves who stole $21,000 worth of lingerie from a Victoria’s Secret. (https://cbsloc.al/2UsHc1j)

A bear broke into a woman’s car in Colorado, ate the candy in her cupholder, and then wandered into her garage and ate three garbage cans worth of food.
(https://bit.ly/2D5HBMI)

The first residents have returned to their homes next to the Fukushima Power Plant that melted down in Japan eight years ago. (https://bit.ly/2GeVmdZ)

FUN FACT FOR YOU:
Share this with your friends... they'll think you're really smart!
A Japanese explorer named Maomi Uemura was the first man to reach the North Pole alone, on April 29, 1978, after his eight-week journey.

WEIRD NEWS: Brought to you by WeirdGiftOfTheDay.com
Police in California are working to track down a man who stole a chainsaw from a Fresno hardware store by shoving it into his pants. Jeff Bennett of RG Equipment told the Fresno Bee that the theft took place Wednesday at 2:45 p.m. and was captured on the store's security cameras. The footage showed a man shoving the chainsaw into his pants and covering it with his jacket before walking out of the store. The suspect then left the area in a pickup truck, which Bennett described as a late-1990s model Ram, silver, with an extended cab. As of last Thursday afternoon, the suspect was still at large and police are hoping someone will be able to identify him based on the security footage. Bennet said he believes the thief had an accomplice who was "scoping out" the store last week. Fresno police Lt. Mark Hudson said one person arrived at the station in connection to the theft to clarify that he is not the thief after saying "he was being blown up" on social media by people accusing him of being the suspect. (https://bit.ly/2I4aRrb)

A Florida politician seemingly had a little too much fun in the sun at a seafood festival over the weekend. Bill Sanders, a Bradenton City Council member, was kicked out of the Desoto Seafood Festival Friday after drunkenly fighting with a volunteer. According to police, volunteers complained that Sanders was letting people into a VIP area without permission. One volunteer, Terry Wilson, allegedly confronted Sanders and told him to stop. Sanders responded, “Do you know who I am?” The councilman claimed that Wilson “hadn’t gotten over the election,” referring to an ugly 2018 campaign during which he accused Wilson of threatening his sister on Facebook. Wilson told the newspaper that he checked with the event sponsor before kicking Sanders out of the festival. Police found Sanders “was intoxicated by his flushed skin tone, profuse sweating, and strong odor of alcoholic beverages coming from his person.” (https://bit.ly/2InlCEg)THESE THREE THINGS!

What do these 3 things have in common:
MAVERICK—ICEMAN—GOOSE
(Characters from Top Gun)