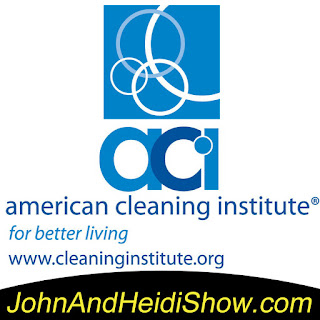 A study by Pampers Pure Protection found that sleep and sex are the things parents miss the most after they have kids. (https://bit.ly/2N7XTMv)

Police said a man leading officers on a chase around Metro Detroit threw packages of cocaine out his car window before getting stuck in a muddy lawn and being arrested. 28-year-old Aniano Arreola-Mora is accused of speeding in a tan 2003 Cadillac. A Clinton Township police officer tried to stop Arreola-Mora, who eventually threw packages out the driver's side door. When Arreola-Mora drove on the grass in front of a house he got stuck in the muddy water. Arreola-Mora got out of his car and was taken into custody by Clinton Township officers. He was taken to the Clinton Township Police Department. He is facing charges of third-degree fleeing a police officer, possession of less than 25 grams of a controlled substance, and open container of alcohol in a vehicle and operating with a suspended, revoked, or denied license. (https://bit.ly/2WRsIo1)

Former Yankees third baseman Alex Rodriguez is leaving “Shark Tank” to star in a very similar series on NBC. NBC is hoping that A-Rod will juice their ratings.
(https://pge.sx/2xhFEct)

Clint Eastwood is going to film his new movie in Georgia despite Hollywood’s boycott over the state’s heartbeat abortion law. (https://bit.ly/2YcnzIM)

SCOOP OF THE DAY: Brought to you by BetterCreditCards.net
Madonna has landed at number one on the Billboard Charts with her new album, “Madame X.” (https://bit.ly/2xdn9pC)

Kim Kardashian shared an image of herself reclining on top of a White House table during her Monday visit.(https://dailym.ai/2FxbBCm)

Newly released footage shows two Nigerian brothers covering their faces in the back seat of a taxi on their way to meet Jussie Smollett for the staged attack in Chicago. (https://dailym.ai/2FvMEXY)

Chicago Police released documents that show Jussie Smollett googled himself fifty times in the aftermath of his attack. (https://age.sx/2RAjEDf)
An Alabama man was arrested after he faked his own kidnapping to steal ransom money from his family. Police say the guy disguised his voice and called his family demanding ransom. (https://bit.ly/2X6h2Tn)


FUN FACT FOR YOU:
Share this with your friends... they'll think you're really smart!
Stephen Hawking once hosted a party for time travelers but didn’t send the invitations until after the fact. In 2009, renowned theoretical physicist and cosmologist Stephen Hawking decided to throw a party, but none of his guests showed up. However, they weren’t being rude. It turns out that they didn’t receive an invitation for the event until well after the fact—which was the plan… to test time travel. Hawking explained in 2012 to Ars Technica, “I gave a party for time-travelers, but I didn’t send out the invitations until after the party. I sat there a long time, but no one came.”


WEIRD NEWS: Brought to you by WeirdGiftOfTheDay.com
A naked man attempted to walk through a TSA security check at Detroit Metropolitan Airport's McNamara Terminal last Friday morning. According to an airport spokesperson, the incident happened at 6:30 a.m. local time. The man walked up to a checkpoint at the McNamara Terminal and removed his clothing. He then disconnected a stanchion at the checkpoint and approached a metal detector. The TSA officers didn't allow the man through the detector. Shameka Scott was traveling to Atlanta when she heard commotion and turned to see the naked man running past security. Scott says the man veered around the detector and made it to where TSA agents screen the bags after people walk through the detectors. The Wayne County Airport Authority's police and fire departments responded to the scene and determined that the man did not pose a threat. Scott said TSA agents attempted to cover him with garbage bags and the man was very nonchalant and compliant. The man was then transported to a local hospital. (https://bit.ly/2X0e5DS)

Police have identified a man injured in a shooting incident last weekend at a Johnstown hookah lounge. According to a criminal complaint, 36-year-old Jesse Moffit is facing charges after accidentally shooting himself last Sunday around 3:00 a.m. Police say it's believed Moffit unintentionally fired a round into his buttocks with a gun he wasn’t allowed to have due to him being a convicted felon. Police added that a bystander took Moffit to the hospital in a personal car where he underwent surgery. Court documents show Moffit is facing two felonies including possession of a prohibited firearm and two misdemeanors which include recklessly endangering another person. (https://bit.ly/2Xun7bO)
THESE THREE THINGS!

What do these 3 things have in common:
A MILLIONAIRE--CHOCOLATE CHEESECAKE--FERTILE SOIL
(They're all RICH)