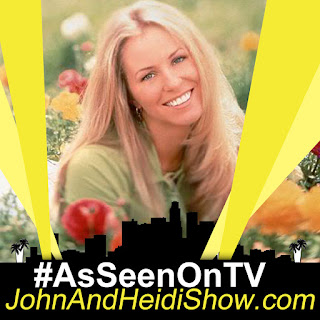 A study by the Brain Health Council found that brain boosting supplements sold over the counter will not actually boost your mental health in any way.
(https://dailym.ai/2KRD6KZ)

A seemingly innocuous tableside trick is sending people in China to the hospital, prompting one doctor to share gruesome patient photos in an effort to warn against attempting to open a beer bottle with a chopstick. According to a report in Malaysia's Kwong Wah Daily, Dr. Xion Zhenfei, a hand and food surgeon at the Xiaoshan Hospital of Traditional Chinese Medicine, said he worked for thirty minutes to free the chopstick from his patient’s hand. According to several local outlets and state news agency China News Service, while the trick is several years old, Zhenfei said he has seen an increase in the number of patients requiring medical attention for chopstick-related injuries as a result of the trick, including five in just the last two weeks.(https://fxn.ws/2XeGilA)


Kim Kardashian is going to rename her “Kimono” fashion line after being criticized for cultural appropriation. (https://pge.sx/2XG34ax)

SCOOP OF THE DAY: Brought to you by BetterCreditCards.net
A Broadway play about Liberace is now in production and is expected to hit theaters this fall. (https://bit.ly/2LukXT7)

A video has gone viral of a man stealing fish out of a homeowner’s Koi Pond in Westminster, California. (https://bit.ly/2YmPaY0)


The Vatican is considering a plan that would allow married men to be ordained as Priests. (https://nyti.ms/2Nl4rHH)

Flights to the Dominican Republic have dropped by 74% in the past month.
(https://nyp.st/31WHxtl)

The city of Pascagoula, Mississippi is installing a historical marker this weekend at the site of a 1973 UFO Abduction. (https://bit.ly/2xgUIap)


FUN FACT FOR YOU:
Share this with your friends... they'll think you're really smart!
One Brazilian island has so many venomous snakes that the government banned visitors. The government of Brazil has banned tourists from visiting Ilha de Queimada Grande, an island that has the highest concentration of venomous snakes in the world. By some estimates, there’s one snake for every square meter. The island is crawling with thousands of golden lancehead vipers. And when these snakes strike, their venom can kill the victim in under an hour. So yes, you’re better off vacationing elsewhere!


WEIRD NEWS: Brought to you by WeirdGiftOfTheDay.com
A new report says that a home surveillance system in Florida captured a man on video as he pulled into another person’s driveway and defecated on the ground. The suspect pulled into Wilton Thomas’ driveway in North Lauderdale on Saturday, dropped his pants, and relieved himself. Thomas told the news station that the suspect then cleaned himself off with a shirt and left the feces and the soiled shirt at the scene. Thomas said he left the mess in the driveway until the next day because it was too late when he got home that night. He explained, “I went in the hot sun, scraped it up, poured it into a bag. I poured bleach, and then I hosed and washed the whole thing off.” The Broward County Sheriff’s Office is investigating the incident. (https://nyp.st/2X3IBrN)

A man urinating off the Jannowitz Bridge in Berlin injured several people below on a tour boat on the Spree River, according to the Berlin Fire Department. The stream of urine from overhead reportedly caused a number of passengers to jump up in surprise in the Friday night incident, hitting their heads as the boat passed under the low-lying bridge. The BBC reports that four people were taken to the hospital for head lacerations. Police have filed assault charges against the unknown man for what they described as “abnormal behavior.” (https://bit.ly/2KFjHNg)
THESE THREE THINGS!
What do these 3 things have in common:
PORT & STARBOARD--YIN & YANG--HOOK & SLICE
(OPPOSITES)