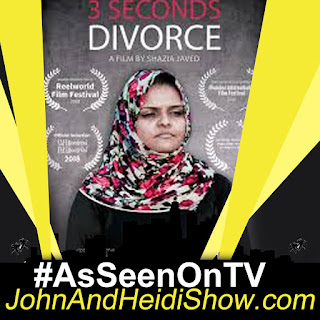 A Gallup Poll found that 76% of people living in Denmark are in favor of banning bestiality. (https://bbc.in/1GhHo39)

A North Carolina man is under a $1 million bond after deputies found 5 pounds of marijuana in his home. Bradley Adams was wearing a "Thank You For Pot Smoking" T-shirt when his mugshot was taken by Craven County deputies on Thursday. Deputies say they were called to his home after getting reports of a man with a rifle. While investigating an assault call, deputies saw drug paraphernalia in the home and got a search warrant. During the search, they found not only the 5 pounds of pot, but also edible marijuana products, along with cocaine, ecstasy and LSD. Adams is facing numerous felony drug trafficking charges and deputies say more charges are pending.https://www.wvlt.tv/content/news/NC-man-busted-with-five-pounds-of-pot-waring-Thank-You-For-Pot-Smoking-shirt-509539161.html

Chris Pratt shared a picture of a sunburn he got on his honeymoon.
(https://yhoo.it/2J3PGoD)

SCOOP OF THE DAY: Brought to you by BetterCreditCards.net
A Chinese girl got stuck inside a claw machine after she climbed in to get a Pikachu toy. (https://bit.ly/2LmmISl)

IKEA has been giving the green light to provide affordable houses in the UK.
(https://bit.ly/2FDrEP7)

French Officials now believe that a burning cigarette caused the fire inside the Notre Dame Cathedral.(https://nyp.st/2RINrtp)

The nation’s Doctors are warning that over fifty-three million people are being effected by secondhand drinking.(https://nyp.st/2NtjlMb)


FUN FACT FOR YOU:
Share this with your friends... they'll think you're really smart!
The Olympic games were originally a religious festival. These days, the Olympics represent the ultimate achievement for many of the world’s top athletes. But when the prestigious games first started in Ancient Greece in 776 B.C., they were part of a religious festival in honor of Zeus, the father of Greek gods and goddesses. The athletes were all male citizens from every corner of the Greek world, according to the University of Pennsylvania Museum of Archaeology and Anthropology.


WEIRD NEWS: Brought to you by WeirdGiftOfTheDay.com
According to a police report from the Pasco County Sheriff’s Office, an argument between an estranged Florida couple ended up involving a number of weapons. The arrest affidavit says that last Saturday, Sara Searer and Daniel Hebert were fighting in his truck in New Port Richey. At one point, she pulled out a machete that was between the seats and stabbed the console, then starting swinging the machete toward the victim. Once they were out of the truck, Searer struck Hebert with the machete, he told officers, causing “two superficial cuts” on his left arm. That’s when the suspect dropped the machete and picked up an ADT security services sign and hit Hebert’s left hand with it. He told authorities he was in “fear of his life,” adding that earlier in the day Searer fired shots from her gun and pointed it “at his face.” The 29-year-old unemployed woman was arrested on domestic aggravated assault and domestic aggravated battery with a deadly weapon, and transported to Land O’ Lakes jail. Searer’s mugshot shows her smiling. (https://hrld.us/2YqsSV4)

It’s OK to cut loose at a wedding, but when people start losing fingers, it’s time to stop. A bride, groom, and best man were reportedly arrested after an “disturbance” at the wedding reception in Scotland that allegedly included somebody biting off a guest’s finger. So, Claire and Eamonn Goodbrand spent their wedding night in prison. The Scottish Sun reports the incident occurred Sunday night at The Vu at Ballencrieff Toll in Bathgate. Eamonn’s best man, Kieran Goodbrand, was also taken into custody. Goodbrand reportedly suffered a head injury during the incident. According to the outlet, both men were seen still wearing their dress shoes under their prison uniforms Tuesday when they appeared in court, where neither man entered a plea. The trio was released on bail, under certain conditions including avoiding contact with certain family members. (https://fxn.ws/2YnVGOf)
THESE THREE THINGS!
What do these 3 things have in common:
A RABBIT—A FOX—A BEETLE?...
(VOLKSWAGEN CAR MODELS)