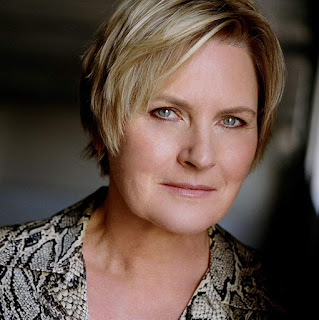 It's a #MovieStarMonday with Denise Crosby from Star Trek: Next Generation, Pet Sematary, The Walking Dead, Child Play and more. She will now be on SUITS for their final season which just premiered July 17th on USA Network
Denise has undertaken her most challenging character yet with a new starring role on the hit legal procedural, Suits (USA Networks) for its last season.https://www.usanetwork.com/suits/episodes

A study by FPL Wildlife found that seventy-three crocodiles that were once feared to be extinct are now thriving in the canals of a nuclear power plant in Florida. (https://bit.ly/2SxegBb)

According to Florida court records, a McDonald’s worker on probation for cocaine possession was arrested for dousing a customer with a large soft drink during a dispute at the drive-thru window. 37-year-old Katrina Lee Jordan was working at the Pinellas Park restaurant when she and the male victim “began having a verbal argument.” The nature of the drive-thru dispute was not detailed in an arrest affidavit. Cops allege that Jordan “took a large soft drink and threw it in the victim’s window,” striking the man and spilling the cup’s contents “all over his car and his clothing.” Jordan, arrested on a misdemeanor battery charge, will also face a probation violation count in connection with her 7:45 p.m. Collar. (https://bit.ly/2Y1lin9)

BIG SCREEN-LITTLE SCREEN: Brought to you by ChannelSurferTV.com
Kim Kardashian’s personal photographer is being accused of trying to to bribe a model for nude pictures. (https://pge.sx/2M5zoxe)

“The Lion King” brought in $185 million dollars in its opening weekend at the Box Office.(https://nyp.st/30ObUkd)

SCOOP OF THE DAY: Brought to you by BetterCreditCards.net
United States Drug Czar James W. Carrol is warning that more drugs are coming across our borders than ever because of political diversions that have kept us from stabilizing the border. (https://bit.ly/2y3cf6f)

Macy’s has pulled a set of dinner plates that jokingly feature circles that outline how much food a woman should eat if she wanted to wear, SKINNY JEANS, FAVORITE JEANS, and MOM JEANS. A group of women complained on Twitter that Macy’s was body shaming, and the rest is history. (https://bit.ly/2Zak0DA)

A perfectly untouched In N’ Out Burger was found on the streets of New York City on Monday, despite the fact that the closest In N’ Out is 3,000 miles away.
(https://nyp.st/2JY14l7)

California police arrested a man in a clown costume who lead them on a high speed chase that lasted over an hour. (https://bit.ly/2Sw9dB2)

A worker was arrested at a Florida McDonald’s after she chucked a soda at an unruly drive-thru customer. She’s been fired. (https://bit.ly/2Y1lin9)

Airbus has unveiled a new concept plane that’s shaped like a bird of prey.
(https://cnn.it/32M07Vu)

FUN FACT FOR YOU:
Share this with your friends... they'll think you're really smart!
Botox Affects Your Emotions. You know that Botox can reduce wrinkles by paralyzing parts of your face, but the changes aren’t just cosmetic: It has also been found to make it harder for those using it to identify emotions as deeply as those who don’t. One recent study found that Botoxed women were less able to identify the emotions felt by those in photographs than the people who did not use Botox.
NOW FEAR THIS.... FUN WITH PHOBIAS!

Opthalmophobia... Fear of being stared at.


WEIRD NEWS: Brought to you by WeirdGiftOfTheDay.com
A 65-year-old man has admitted making a fake bomb threat in the hope of getting a date with a flight attendant. The Serbian man's telephone call caused Lufthansa's flight LH1411 to be evacuated on Thursday before its take-off from Belgrade to Frankfurt. All 130 passengers and five crew members had to leave the aircraft while it was searched by a special police squad and sniffer dogs. The man, who has not been named, had met two flight attendants and invited them for dinner, but they refused. He confessed to the hoax in court on Saturday, saying he had especially liked one of the women and after he failed to track her down at her hotel, he made a desperate bid to keep her in the country. The police traced his call after he made the threat and he was arrested a day later. A spokesman for the prosecutor told Serbian media that the prosecution asked for him to be kept in custody pending charges of causing panic and disorder.
(https://bit.ly/2M5Ak4z)

A man who climbed onto the wing of a plane as it prepared for takeoff at the airport in Nigeria's Lagos city has been arrested. The man, who has not been identified, walked towards the aircraft on the runway and was spotted by the pilot, who slowed down and later turned off the engine as the man continued to wander around the aircraft. He then jumped onto a wing of the plane and tried to access the cabin. According to the airline, the pilot then radioed the tarmac to report the incident. The incident happened last Friday morning at the domestic wing of the Murtala Muhammed International airport in Lagos. A video taken by a passenger on the aircraft shows the man moving around the wing of the plane as frightened passengers called on the crew to open the exit doors. Nigeria's airport authority said in a statement that the man has been taken into custody and is being questioned. (https://cnn.it/2LytHIM)
THESE THREE THINGS!
What do these 3 things have in common:
CUP—SHORT—BIRTHDAY
(They are all types of Cakes)