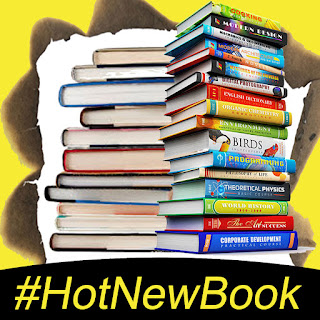 According to a recent survey conducted by TopCashback.com, a cross-section of 2,455 adults, aged 18 and over were polled and found that 85 percent of Americans buy in bulk, which increased by two percent from last year’s survey.

Do Americans believe that they are better off financially by bulk buying as opposed to buying what you need, when you need it?

Bulk buying can help save people money on large quantities of their favorite items but be careful to not let it get wasteful. Below, please find some tips from Rebecca Gramuglia, Shopping Expert at TopCashback.com:
Make sure you have the storage space before you buy. Before you bulk buy, make sure you have an adequate storage area. If you can’t fit your food in the fridge or freezer, then where is it going to go? Probably in the garbage.

A man under the influence of drugs in California tried to use gauze and Band-Aids to patch up his car’s two flat driver’s side tires. Police discovered the crudely attempted fix when they were dispatched to Felipe Road and Barbadanes in Mission Viejo about 6:00 a.m. Tuesday. The cops were responding to a report of a suspicious man loitering outside his white Mercedes SUV. Cops reported that the unidentified man was arrested for being under the influence of drugs. Photos shared by the police department show dozens of green Band-Aid wrappers littering the ground next to a flat tire. (https://bit.ly/33JPfYG)


SNL star Pete Davidson flipped out on a group of students at Central Florida University who used their phones to film his show. (https://pge.sx/2zotzU3)

Saturday Night Live is losing Leslie Jones. The 51 actress and comedian won’t return to the NBC sketch comedy this coming season. After five years Jones decided to leave before the end of her contract, which typically lasts for seven seasons. She reportedly wants to explore movie projects and has a Netflix comedy special in the works. (https://pge.sx/2MISxX0)

Eddie Murphy is going to host “Saturday Night Live” for the first time in thirty-five years this December.(https://cbsn.ws/2MGv09e)

SCOOP OF THE DAY: Brought to you by BetterCreditCards.net
A California man rode a paddle-board from San Francisco to Hawaii in seventy-six days. (https://bit.ly/342avZX)

A video of an Arizona Defendant sucker punching his attorney in court has gone viral. (https://bit.ly/2MEP4c3)

Tourism in the Bahamas has sharply increased after neighboring islands struggle with visitor deaths and sickness. (https://on.wsj.com/2ZlvI2p)

Harley Davidson announced that the company is planning to sell electric bicycles, but they don’t have a release date yet. The bikes go zero to sixty in four seconds. (https://bit.ly/30FsRxT)

A South Carolina man told police that his drug dealer made him run naked through the streets because he owed him money. (https://bit.ly/33ZfLgJ)

FUN FACT FOR YOU:
Share this with your friends... they'll think you're really smart!
Earth Is Not a Perfect Sphere! The Earth is obviously not flat, but it’s not exactly round, either. It’s more of a squashed sphere, because when it spins, gravity pushes in and centrifugal force pushes out. It creates what Scientific American calls “a sphere that is squashed at its poles and swollen at the equator.”

A Japanese tech company has invented a new golf ball that finds the hole every time. (https://bit.ly/2Lbthpc)


WEIRD NEWS: Brought to you by WeirdGiftOfTheDay.com
According to an arrest report, a Floridian charged with threatening another man with a machete for failing to flush the toilet provided police with a written statement declaring that “S--t happened.” 46-year-old Keith Mounts was busted Saturday night on a felony aggravated assault count following a confrontation at his residence in Hudson, a Tampa suburb. According to the victim, Mounts “pointed a machete in his face after he told him to flush the toilet after using it.” The man added that Mounts threatened to “chop” him with the weapon. Cops responding to a 9-1-1 call placed by the victim found the machete in the home's yard. Mounts told police that he was defending himself with the machete, but could not give cops a “reason as to why he was defending himself.” Mounts subsequently “provided a written statement saying ‘S--t happened.’” Mounts was booked into the county jail, where he is being held in lieu of $5,000 bond.
(https://bit.ly/2NxjGfa)

Every family has dirty laundry but police sorting through one woman’s pile of clothes found her former son-in-law, who was on already on parole. 38-year-old William D. McIntyre, of Canton, Ohio was arrested at 10:00 a.m. Sunday in the 79-year-old woman’s home where he had once lived. Capt. Dave Davis of the city police department said the woman called Sunday morning to report he had entered her home twice the previous evening and she could hear him in her basement. The jail records show that within six hours, he was back. When officers pulled McIntyre from under a pile of clothes, he told them he planned to take items from the basement. The items were not listed. McIntyre was jailed on two burglary charges. Court records show he also faces a domestic violence warrant. (https://bit.ly/2ZxF4mE)


THESE THREE THINGS!
What do these 3 things have in common:
A sports page, a Broadway musical and a movie? (They all have SCORES)