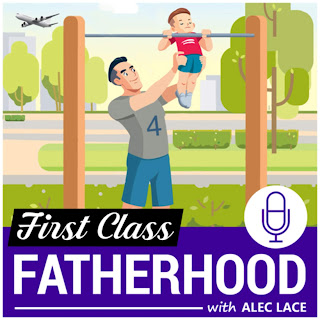 Today we visit with Alec Lace from First Class Fatherhoodhttps://firstclassfatherhood.com/

A survey by the University of Queensland found that 1 in 6 young drivers have used Snapchat while driving.(https://bit.ly/2pHQMPt)


Chaves County, New Mexico deputies arrested a crook with a truckload of what he thought were marijuana plants. Instead, they say the suspect stole a huge pile of hemp plants, which you can’t smoke. Deputies were called out by the farmer who noticed the truck stopped near their fields over the weekend. The driver was charged with theft. Marijuana plants and hemp plants do look very similar, and there is a lot of hemp being planted in the area. Authorities say most farmers have hired security to protect their crops, and they hope this arrest discourages others. (https://bit.ly/2nP5G5R)

“Joker” is now the most successful R-Rated content of all time.
(https://bit.ly/2MKdcZG)

Harry Styles is going to host and perform on Saturday Night Live on November 16th. (https://bit.ly/2qDkm9e)

Former child actor Henry Thomas, who played Elliot in the movie “E.T.,” was arrested for drunk driving in Oregon.(https://bit.ly/2MIbhVe)

SCOOP OF THE DAY: Brought to you by SingleStudentLoan.com
A Brazilian model filmed a video of herself twerking on the streets of Barcelona during a riot as a fire raged in the background. (https://dailym.ai/2W2QuPk)

Nicki Minaj revealed that she secretly got married to her boyfriend Kenneth Petty. (https://pge.sx/2PcGdi6)
NASA is now predicting that humans could land on MARS by 2035.
(https://bit.ly/2NdoR2a)

A group of Sex Offenders in BUTTS COUNTY, Georgia are suing the police for hanging signs on their homes that remind kids not to trick or treat there. They say the cops are shaming them by hanging the signs on their houses. But the cops say they are just playing defense. (https://bit.ly/33VO3AW)

The SBARRO Pizza Restaurant in Times Square is closing after twenty-three years. (https://bit.ly/2JiOWeR)

FUN FACT FOR YOU:
Share this with your friends... they'll think you're really smart!
In the 16th Century, Arab women could initiate a divorce if their husbands didn't pour coffee for them. Today, this would be unheard of. But back then, coffee was an integral part of Turkish society. So much so, that it was “grounds” for divorce. No one knows why exactly this was acceptable, but the fact remains that it was!


NEWS HEADLINES.... FROM SOMEWHERE IN THIS WORLD!
Dateline.... China

A Chinese Pet Cafe where dogs are dyed black and white to look like pandas is sparking controversy in their country. (https://yhoo.it/2Nk0ZKj)

A bold thief in Georgia hid in a local Costco and waited for employees to leave for the night before swiping more than $13,000 worth in jewelry. The Coweta County Sheriff’s office said the thief was caught on camera entering the store in Sharpsburg earlier in the day on October 10th. seemingly staking out the place. He left, only to return several hours later. Sgt. Jae Robertson of Coweta County Sheriff's Office said, “Surveillance video showed that at 7:45 on Thursday evening, the offender enters the location, walks around the store, then hides behind a display rack.” The suspect waited until the store closed and employees went home before making his move, just after midnight. Around 12:02 a.m., the suspect was spotted again on surveillance footage wearing a black ski mask and gloves, walking toward the jewelry counter. The suspect's haul is believed to be worth some $13,000. Anyone with information should call the Coweta County Sheriff’s Office. (https://fxn.ws/32DoQLi)


According to court records, the Alabama woman who was recorded grinding her rear end into the crotch of a cop attempting to handcuff her early Sunday is facing a pair of criminal charges. 24-year-old April Teale was arrested by police on misdemeanor disorderly conduct and harassment charges. The 2018 University of Alabama graduate was collared outside a Waffle House in downtown Tuscaloosa, just blocks from Bryant-Denny Stadium, where, earlier that evening, the Crimson Tide football team defeated the University of Tennessee. As seen in a brief video recording that has gone viral, Teale was pinned up against a Waffle House window as a cop sought to handcuff her. Teale took the opportunity to press her buttocks into the officer while breathily declaring, “Oh, yeah, you like that? You like that, yeah?” Teale, the daughter of a pre-K teacher and a kennel manager, is seeking to offset her legal costs via donations from visitors to her Instagram page. “Went through some legal trouble, if you wanna throw me $5 bucks, Venmo me,” Teale wrote. She added, “I’d like that.” (https://bit.ly/31Bqb42)

FAKE NEWS.... OR FLORIDA?!
I read a headline and Heidi (and you) need to guess if the story is FAKE NEWS or something that really happened in the state of FLORIDA.
A Pensacola mother was arrested for drug possession at back to school night after a bag of methamphetamines fell out of her purse ….. FAKE NEWS