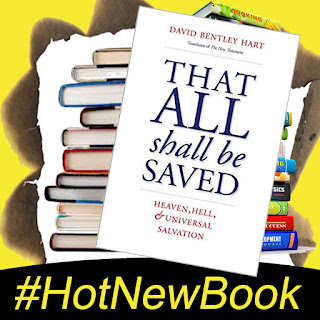 A new study claims that eating red meat is not linked to heart disease or cancer, as was previously thought. (https://wb.md/2moIaMl)

An Oregon felon allegedly placed methamphetamine into bean dip that she served to co-workers at a Thriftway supermarket, according to cops who arrested the woman on multiple criminal counts. Police charge that 38-year-old Cassandra Medina-Hernandez provided the spiked bean dip to a woman who fell ill after consuming it. Upon being treated at a hospital, the victim “learned the bean dip may have contained methamphetamine.” The 27-year-old victim told cops that Medina-Hernandez, who was working in the store’s deli department, provided her with the bean dip. A fellow Thriftway employee told police that Medina-Hernandez “told her about placing drugs inside” the victim’s food. After opening a criminal probe, investigators determined that “at least one other employee had consumed bean dip from the same dish that was believed to have been contaminated.” Deputies arrested Medina-Hernandez on several charges, including unlawful delivery of methamphetamine and recklessly endangering another person. (https://bit.ly/2n4WsC0)

Ratings for “Saturday Night Live” fell by 30% in its debut episode. (https://bit.ly/2nbguLo)

Looking for a good horror film in October? USA Today has ranked the 50 best from the past 20 years. Here are the TOP FIVE

Christina Aguilera had a wardrobe malfunction during her concert at Planet Hollywood on Friday. (https://dailym.ai/2oHUqbG)

A new law in California makes it legal for college athletes to hire agents and make money from endorsements.

Justin Bieber remarried Hailey Baldwin in South Carolina on Monday just one year after tying the knot for the first time. The South Carolina resort where they held the ceremony has given a refund to guests who complained about the restaurant being shut down. (https://pge.sx/2ofFscM)

More divorces happen in March and August than in any other months, according to a study from the University of Washington. Researchers speculate couples avoid filing for divorce around Christmas and New Year’s, as well as when school is out for the summer, because these times are considered sacred to families.

It’s Zombie Preparedness Month and 14% of you have a zombie apocalypse plan… because ‘merica. The younger the person in the poll the more likely they were to claim they have a zombie apocalypse plan. While one in four millennials have a zombie plan prepared, just six percent of Baby Boomers do.
FUN FACT FOR YOU:
Share this with your friends... they'll think you're really smart!
If Pinocchio says 'My Nose Will Grow Now', it would cause a paradox. This is known as Pinocchio’s Paradox. If you think about it, Pinocchio’s nose would have to grow to make his statement not a lie, but then it can’t grow otherwise the statement would not be a lie.

A bus driver in Poland got so fed up with rowdy students that he abandoned his route and dumped them back at school. His boss backed the driver’s radical action and threatened to suspend the bus route if behavior doesn’t improve.

WEIRD NEWS: Brought to you by WeirdGiftOfTheDay.com
This is a different kind of Cinderella story. Deputies say a shoe left behind at robbery led them to arrest a 30-year-old Bradenton man. On Feb. 3, deputies say two men approached an outside kiosk at the mall in Ellenton, broke into the register and started to steal cash. Two workers confronted the men and got into a fight that ended with one of the workers on the ground being kicked by a suspect. During the fight, the worker grabbed the man's shoe. Both suspects fled, leaving the injured victims behind. Deputies sent the shoe to be DNA tested and the sheriff's office says the DNA matched Nicholas Bishop of Bradenton. He was arrested and charged with robbery.https://www.wvlt.tv/content/news/Shoe-left-behind-at-robbery-scene-leads-to-arrest-of-Florida-man-558598871.html

A customer at a Nashville McDonald's was not lovin' his coffee Thursday. CBS affiliate WTVF reported, Charles Prince complained to an employee, saying his coffee was too watery and wanted to know if they had a strong cup. Investigators say the employee told the Prince the coffee is brewed daily, but Prince got angry. Prince reportedly hit another large cup on the counter, filled with hot coffee. The coffee spilled onto a female employee and burned her arm, according to officials. Prince was arrested and charged with assault.
THESE THREE THINGS!
What do these 3 things have in common:
NOTE--POCKET--PAPERBACK?... (Books)