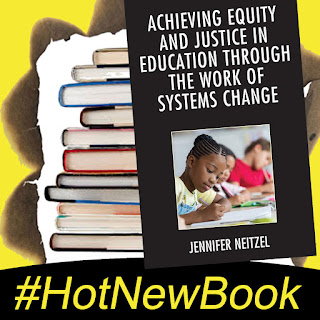 Today we speak with Jennifer Neitzel, author of a new book that will be out at the end of this month. Achieving Equity and Justice in Education Through the Work of Systems Change.AVAILABLE NOW - https://amzn.to/2RBzXAb

A woman has been arrested after a victim called 911 saying she had almost bitten his finger off. Deputies with the Roane County Sheriff’s Office arrested 64-year-old Margaret Howarth, and charged her with domestic assault and violation of bond conditions. Deputies responded to a home on Kingston Highway on Monday; there they found Howarth with blood on her hands and food all over the living room and kitchen. Deputies also saying that she smelled strongly of alcohol. According to the victim, He and Howarth were in an argument. Howarth threw a pot of food from the stove to the floor, and she then pushed the victim into the stove, causing the victim to burn his hand. Victim saying Howarth then broke a window with her hand, which explains the blood on her hands. She was taken to the Roane County Detention Facility without incident.
https://www.wate.com/news/top-stories/woman-arrested-after-victim-claims-she-almost-bit-his-finger-off/

Netflix is said to be on the verge of making an offer to Prince Harry and Meghan Markle. (https://bit.ly/36caC4M)


“Bad Boys For Life” finished the holiday weekend with $70 million bucks to take home top honors at the box office. “Doolittle” came in second with $23 million, which sounds good until you realize the budget was $175 million. (https://www.boxofficemojo.com)

SCOOP OF THE DAY: Brought to you by FunkyMonkeyShirts.com
Your coffee machine could be one of the dirtiest parts of your kitchen if not cleaned often. Bacteria, yeast, and mold could be growing in your machine because of irregular cleaning, and those little devils don’t discriminate — it doesn’t matter whether you have a coffee pot, a Keurig, or a fancy espresso machine.


Want a simple way to be happier? According to the book The Happiness Advantage, every morning send a friend, family member, or co-worker an email to say thanks for something. There’s tons of research showing that over time, this alone — one little email a day — can make you happier.


A burglar made himself at home in a German house. Police say the man was so comfortable in somebody else’s home that he fried himself up some bacon before taking a nap in an owner’s bed. The homeowner told police he realized something was wrong when he came home to find music playing and the smell of bacon.


The United States Space Force is being mocked online because its first uniform is camouflage. A lot of people are pointing out that there aren’t any trees in space. (https://bit.ly/2RaPXKf)


A study published in Scientific Reports found that cows talk to each other and often discuss food.(https://bit.ly/2RCVPer)


An elderly St. Louis couple died on the same day after sixty-five years of marriage. (https://bit.ly/2RAwjqc)

A dozen bodies were once found in Benjamin Franklin's basement. But were you aware of the fact that multiple skeletons were found in the basement of Benjamin Franklin's London home? The bones were discovered during a 1998 renovation of the house and were identified as being from nearly a dozen people, including six children. "The most plausible explanation is not mass murder, but an anatomy school run by Benjamin Franklin's young friend and protege, William Hewson," wrote The Guardian. That's not to say there wasn't any funny business going on. "The resurrection men could deliver bodies stolen from graveyards to the Thames wharf at the bottom of the street, while there was a weekly public execution at the gallows on the other side of the garden wall."


NEWS HEADLINES.... FROM SOMEWHERE IN THIS WORLD!
Dateline.... EnglandA survey by The Guardian found that Meghan Markle gets more negative press coverage than Kate Middleton does. (https://bit.ly/3aumXoo)

WEIRD NEWS: Brought to you by WeirdGiftOfTheDay.com
A New Jersey couple has been busted for attacking a motorist with a golf club during a wild road rage brawl over the weekend. 44-year-old Mariusz Czerwinski was driving a minivan with his wife, 42-year-old Sylwia Czerwinska, in the passenger seat when Mariusz pulled up in front of a Ford Focus and stopped on a road in Fair Lawn. Both Mariusz and the other driver got out of their cars and exchanged words before Mariusz went back to his minivan, pulled out a golf club, and whacked the victim in the head. As the two men continued to fight on River Road, Sylwia joined in the melee, picking up the golf club and striking the other motorist several times with it. Police were called to the scene and Mariusz and the victim were taken to an area hospital. They were later released. The husband and wife, who are from Clifton, now face charges of aggravated assault with a weapon and possession of a weapon for an unlawful purpose. (https://bit.ly/38iBUrM)

A South Carolina homeless man was rescued from inside the hopper of a garbage truck after the dumpster he was sleeping in was emptied into the vehicle. According to Myrtle Beach cops, 62-year-old Mark Mencini “had been in a dumpster and when the truck picked up the dumpster, he had become trapped in the trash compartment.” Around 4:20 a.m., officers responded to a 9-1-1 call from a witness who was near a T.J. Maxx store. The caller told police dispatchers that he “heard someone yelling for help from the truck’s trash compartment.” Police subsequently discovered Mencini inside the garbage truck. EMS workers transported Mencini--who complained of chest pain and hip injuries--to a local hospital for further treatment. Mencini told cops that he did not recall anything about the incident, and “only remembered being in the dumpster with his girlfriend.” (https://bit.ly/2tIbiSj)

A Port St. Lucie man was arrested for stealing a car after he drove to court to face charges of grand theft auto ….. FAKE NEWS