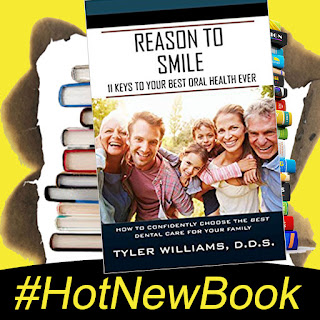 Dr. Tyler Williams, a dentist and author of Reason to Smile: 11 Keys to Your Best Oral Health Ever, can discuss for your listeners how keeping their gums healthy can also help them fight heart disease. February is American Heart Month, a time when efforts are made to raise awareness about heart health. But Dr. Williams says patients don’t always realize that their oral health and heart health are connected. AVAILABLE NOW - https://amzn.to/2T6RIcE

A survey by “The Sun” ranked the United States as the 39th best country to grow up in.(https://bit.ly/39JkRQu)

THIS IS YOUR BRAIN ON DRUGS: Brought to you by TimeForRehab.com!
Each day we share stories about people doing dumb things under the influence, but ADDICTION IS NO LAUGHING MATTER! If you or someone you know needs help, we're here! Learn more at TimeForRehab.com.
According to cops, a Rhode Island man got arrested and charged with DUI twice in the same day on Valentine’s Day. 62-year-old Patrick Cahill was first busted at 2:26 a.m. after state troopers pulled him over following “multiple calls” about him driving the wrong way on I-95 north. He pleaded no contest to one charge of DUI in court later that morning and was allowed to go free — only to get arrested again that night. Cahill was again pulled over by another trooper on I-95 at 8:43 p.m. — almost exactly eighteen hours after his first arrest — this time near the Town of East Greenwich. He was charged with driving under the influence — noted as his second offense — as well as driving on a suspended license. This time, he was detained as a probation violator pending a court hearing on Monday. (https://bit.ly/2uKkjuW)

The cast of “Friends” is going to reunite an exclusive special for HBO Max. (https://bit.ly/2Pik2Gx)

A 700-pound bear that was shot and killed in New Jersey has set a record as the heaviest bear killed with a bow and arrow in North America.
(https://bit.ly/2SZhX3n)

China has sent 100,000 DUCKS to the border of Africa to fight a plague of locusts. (https://bit.ly/2SNcNZs)

Greyhound is going to stop allowing Border Patrol Agents to board its buses without warrants. (https://fxn.ws/3c3ofre)

Prince Harry and Meghan Markle issued a statement on their website saying the Queen of England does not have legal rights to block them from calling themselves “Sussex Royals.” (https://fxn.ws/32l4c30)

The legend of the Loch Ness Monster goes back nearly 1,500 years. There's a tale written in the year 565 A.D. that speaks of an Irish monk traveling through Scotland. While there, Saint Columba heard stories of a "water beast" that attacked and killed the local people when they went in the river. Wanting to help, the monk used his friend as bait to lure the beast into sight, at which point Columba commanded it to "go no further," and the creature stopped and swam back upstream. That river is now known in Scotland as the River Ness, which flows out from the famous Loch Ness.

Dateline.... RussiaA Russian man who was high on “zombie drugs” sawed off his own leg. To add insult to injury, police charged him with drug possession. (https://bit.ly/2T7a2Rz)

A man who tried to steal goats from farmer in Stafford County, Virginia, pretended to be intoxicated and gave deputies a false name. The farmer told deputies his wife had gone out to check on their goats Friday night and saw that they were let out of their pen. She suspected there was someone hiding in their field. Her husband then found the suspect, 19-year-old Cole Schrock, and held him at gunpoint until deputies arrived. When deputies came to the farm on the 700 block of Leeland Road the farmer told them he thought the suspect was intoxicated and trying to steal his goats. Deputies said Shrock was slurring his words and initially gave them a false name. The suspect later admitted to pretending to be intoxicated, which deputies confirmed with a breath test. Schrock was arrested and charged with larceny of animals, identity theft to avoid arrest and unlawful entry with intent to commit larceny. (https://bit.ly/2VmnML7)

MOMENT OF DUH: Brought to you by SingleStudentLoan.com
A trail of pill bottles stolen from a Florida drug store led detectives to a home where they found two men matching descriptions of the robbers seen on surveillance video. According to the Pinellas County Sheriff’s Office, the men and another accomplice robbed a CVS in Clearwater at about 5:00 a.m. on New Year’s Day, waving guns at employees and binding several of them with zip ties. The trio made off with more than 10,000 pills containing the opioids hydrocodone and oxycodone. The drugs had a street value of about $320,000. But they left behind some obvious clues. First, the surveillance video captured the men and a white Chrysler 200 fleeing the scene. And apparently the men emptied pills from bottles, which they tossed out the window as they drove home. Detectives followed the trail of pill bottles to a home where they found two of the men. Investigators said the three men had planned the robbery, even staking the location out the day before. All three men now remain in jail, and their court records don’t list lawyers who could speak for them. (https://bit.ly/37QIjd9)

FAKE NEWS.... OR FLORIDA?!
I read a headline and Heidi (and you) need to guess if the story is FAKE NEWS or something that really happened in the state of FLORIDA.
A Cape Canaveral woman told police she couldn’t be arrested for indecent exposure because the President said it’s okay ….. FAKE NEWS
GOOD NEWS: Brought to you by BetterCreditCards.com