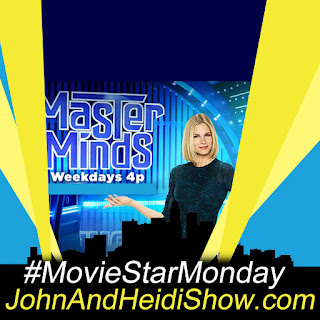 A Treasury survey found that over thirty million Americans are now out of work due to the Coronavirus, after 3.8 million people filed unemployment claims last week. (https://bit.ly/2WeCQcj)

THIS IS YOUR BRAIN ON DRUGS: Brought to you by TimeForRehab.com!
Each day we share stories about people doing dumb things under the influence, but ADDICTION IS NO LAUGHING MATTER! If you or someone you know needs help, we're here! Learn more at TimeForRehab.com.
An English healthcare assistant told police that “isolation is getting to me” after she stabbed her boyfriend in the hand. 31-year-old Michelle Ashcroft attacked Zac Cheetham in a drunken row at her home in the early hours of the morning. She then rang the police and confessed to stabbing him, before telling officers she had used a kitchen knife. However, Mr. Cheetham said it was actually a pair of scissors and refused to make a police statement. Ashcroft was spared jail, after explaining she was under a lot of pressure during the Coronavirus pandemic. She was allowed to attend her sentencing at Liverpool Crown Court via Skype from her home in St Helens. (https://bit.ly/3aYjxcA)

The Texas prison where “Tiger King” Joe Exotic is being held has the second highest Coronavirus rate in the country. (https://bit.ly/2SpU99n)

At least 170 plants in 29 states have had one or more workers test positive for the coronavirus.

As the virus has spread, the use of the microbe 🦠 emoji has spiked. The folks at Emojipedia say the use of the 🦠 has increased 1,519 percent from August 2019 to April 2020 — although it still represents only .06 percent of total emoji use.

Although dog owners believe a smiling dog is a happy one, researchers (Bristol University) say the idea is a myth. Researchers say while it is common for dogs to grin, when it does it is more likely that it is a confusing gesture because it is unsure what is expected of it.

Britney Spears revealed that she burnt down her home gym six months ago when she knocked over a candle. (https://pge.sx/3eZwDcO)

Facebook is going to stream a 2020 graduation event on May 15th featuring Oprah, Miley Cyrus, and more. (https://pge.sx/2KGOx6r)

A video of a massive house party in Chicago that was broken up by police has gone viral. (https://bit.ly/2Sf8RzZ)

A video of a massive crowd that gathered to buy the new Air Jordans at an Atlanta mall after the lockdown ended has gone viral. (https://bit.ly/2YvRgHF)

A female polar bear that was shipped 1,900 miles to breed at a Russian Zoo was attacked by her mate. (https://bit.ly/3faDIYm)

Detroit undercover cops in a drug ring once fought another group of undercover cops. "Put your hands up!" … "No, you put your hands up!" That's likely what went down in November 2017 when two groups of undercover cops in Detroit accidentally mistook each other for the drug dealers and buyers they were respectively trying to bust. What ensued during the raid was a stand-off, resulting in fists being thrown while guns were pointed at each other. Internal affairs had to be contacted to put the officers under investigation in an attempt to figure out the unfortunate miscommunication.

A group of Russian Commandos jumped 33,000 feet over the Arctic in an unprecedented military exercise. (https://bit.ly/2YaUr7L)

Some Indiana University instructors were warned in an email last week that students may be dropping into Zoom calls to participate in online class completely naked, I.U. spokesperson Chuck Carney said. Carney said instructors have been informed that they are required to report any instances of nudity because it violates the Code of Student Rights, Responsibilities and Conduct, and because the incident could be a sign of psychological distress. The email was sent to instructors in the Media School with guidance from the Division of Student Affairs on how to handle the incidents, Carney said. He said he wasn't sure if other schools in the university have sent similar emails, but the guidance applies to all IU instructors. “It’s considered sexual harassment,” Carney said. Students who choose to expose themselves in this way risk suspensions or expulsions. Depending on the circumstances, Carney said, the incidents may be charged under personal misconduct, sexual misconduct or academic misconduct. (https://bit.ly/3aAI1Z9)

An Iranian man calling himself an Islamic prophetic medicine healer has prescribed drinking camel urine to prevent and cure COVID-19. In a video now widely shared on social media, Mehdi Sabili, who is also the chairman of the prophetic medicine society, treats himself to camel urine and says it must be taken “fresh and warm.” There has been a strong reaction by many Iranians on social media, ridiculing Sabili and have called such advice dangerous for people. Some people, mainly in Saudi Arabia and its neighboring regions, believe that drinking camel urine will cure ailments. Camel meat and milk are also very popular in these countries. Since the coronavirus outbreak in Iran in February Islamic medicine men have come up with several highly unusual remedies for COVID-19 including inserting a cotton ball dipped in violet oil in one's anus and less outrageous remedies such as dropping bitter watermelon (Citrullus colocynthis) oil in ears and nose. (https://bit.ly/35hgxac)

FAKE NEWS.... OR FLORIDA?!
I read a headline, you guess if the story is something that really happened in the great state of FLORIDA or is it #FakeNews made up to trick you and amuse me
According to a police report, in the dark days of quarantine, a Florida Woman yesterday brought a little holiday spirit into her home by allegedly battering a male victim with a candy cane. Cops say that 35-year-old Christina Zicuis got into an argument early Saturday morning with the victim inside a Clearwater residence. The couple quarreled “about Christina’s daughter who is not alive.” The dispute turned violent when Zicuis stabbed the victim in the arm with a pen, causing him to depart the home. Zicuis then allegedly chased the man into the front yard and tossed a brick, which missed him. Zicuis then “threw a candy cane at the victim’s left arm, causing bruising and swelling to his elbow,” reported a Clearwater cop who listed “CANDY” as the weapon wielded by Zicuis. She was arrested on felony battery and aggravated assault charges since she has a prior conviction for battery on a law enforcement officer.
(https://bit.ly/3cPtKJN)
GOOD NEWS: Brought to you by #GiftCardChallenge GiftCardChallenge.org