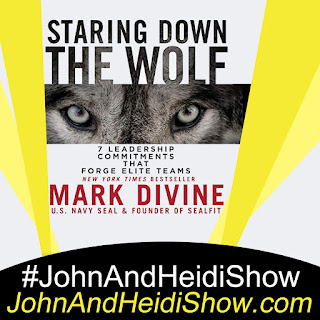 Researchers at the University of Bristol in England are encouraging pregnant women to abstain from any drinking whatsoever because even a small bit of alcohol can impair a child’s brain function. (https://bit.ly/2VFPoKA)

THIS IS YOUR BRAIN ON DRUGS: Brought to you by TimeForRehab.com!
Each day we share stories about people doing dumb things under the influence, but ADDICTION IS NO LAUGHING MATTER! If you or someone you know needs help, we're here! Learn more at TimeForRehab.com.
An Illinois stripper arrested for drunk driving asked police to “take her through a fast food drive-thru” on the way to jail, where she later exposed a breast and announced that she would not be removing her nipple rings during the booking process. 28-year-old Shatara Mitchell was behind the wheel of a Pontiac G6 when Peoria police pulled her over last Saturday for running a stop sign around 1:45 a.m. Mitchell, wearing a halter top and cutoff shorts, had worked that evening at Luxxx Showgirls, a gentlemen’s club in West Peoria. A patrolman reported that Mitchell’s car smelled of alcohol and she had “droopy eyelids.” The cop added, “Shatara seemed to be relaxed as her radio was loud and she was dancing in her seat.” An initial breath test recorded Mitchell’s blood alcohol content at .204, more than twice the legal limit of .08. After being handcuffed and placed in a squad car, Mitchell reportedly asked an officer to make a pit stop at a fast food restaurant so that she could get something to eat at the drive-thru window. She was charged with drunk driving and disregarding a stop sign. (https://bit.ly/2TWx5jt)

“Empire” ended its run with just three million viewers, which is down from the seventeen million the show averaged before the Jussie Smollett scandal.
(https://bit.ly/3ayxkGP)

The mansion Renee Zellweger stayed in when she filmed “Judy” is on the market. (http://dailym.ai/3eLrJ31)

Credit card companies are decreasing credit limits for people facing hard financial times in an effort to cover their own losses.(https://yhoo.it/2VvzySM)

Apple is working to fix a security flaw that allows hackers to view private messages sent on the iPhone and the iPad. (https://tmsnrt.rs/354yPev)

A British charity called “Medical Detection Dogs” found that dogs may be able to sniff out the Coronavirus. (https://yhoo.it/2XY8RrG)

San Francisco is closing a series of crowded streets to make it easier for people to practice social distancing. (https://bit.ly/3cFtsFh)

A British couple who’ve been sailing around the world since January had no idea about the Coronavirus until they finished this week. (https://bit.ly/34XInrO)

A British study shows that dogs will experience separation anxiety when humans go back to work.(https://bit.ly/2XXud8o)

You can always "see" your nose. The human brain is capable of amazing things, but in order to do those things, it needs to block out distractions through a process called unconscious selective attention. The nose is one of those distractions. In his landmark 1960s study, Ulric Neisser discovered this phenomenon after he asked participants to count the number of times basketball players passed a ball in a video. What the large majority failed to notice in the video was a girl walking through the middle of the court with an umbrella, because they were so focused on counting.

Dateline.... ENGLAND
A British woman gave birth while her husband lead police on a high-speed chase that topped ninety miles per hour with their two-year-old daughter in the backseat. (https://bit.ly/2VZapit)

A man arrested yesterday for twice grabbing the rear end of a female Walmart shopper explained to Florida police “that is how he talks to women.” Cops say the 29-year-old victim was walking through a Walmart in Largo, a city outside Tampa, when she noticed 30-year-old Juan Antonio Velez was following her. At one point, the woman told cops, the 6’ 3”, 250-pound Velez “walked up to her and grabbed her butt.” The victim said that Velez then continued to follow her. When she got to the self-checkout line, the woman said, Velez again groped her buttocks, prompting her to tell him to “stop it.” The woman subsequently told Walmart management “she was afraid, so they took her to an office.” When police questioned Velez, he reportedly confessed to “grabbing her butt twice and said that is how he talks to women.” He was arrested for battery and booked into the county jail on a misdemeanor charge. (https://bit.ly/2RYw9tI)

Fire Marshals in Louisiana said a man set his mother’s shed on fire out of anger for not receiving a federal stimulus check amid the coronavirus pandemic. 51-year-old Marvin Smith Jr. got into a dispute with his mother over the federal payout before the arson happened Friday. Investigators were able to determine the fire was intentionally set inside the Hamburg shed. They arrested Smith after witnesses told them they saw him in the shed moments before the fire started. Witnesses also told investigators they saw Smith flee the scene after the fire. He was booked into jail on an arson charge after Avoyelles Parish deputies found him armed with a knife. Smith has also been charged with other crimes by the parish's Sheriff’s office. It was not immediately clear if he had a lawyer who could comment on his behalf. (https://abcn.ws/2VR5vE6)

FAKE NEWS.... OR FLORIDA?!
I read a headline, you guess if the story is something that really happened in the great state of FLORIDA or is it #FakeNews made up to trick you and amuse me
A Marion County man live streamed his police chase in which he hit speeds of 110 miles per hour ….. FLORIDA (https://bit.ly/2Wstokv)
GOOD NEWS: Brought to you by #GiftCardChallenge GiftCardChallenge.org