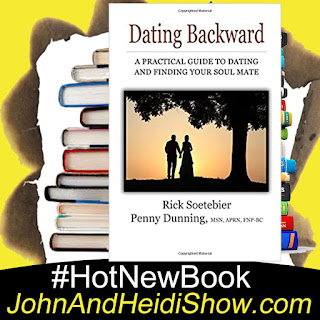 A study shows that crocodiles walked on two legs 120 million years ago. (https://bit.ly/38QFPh4)

A police chase in Oregon ended when a driver fleeing authorities in a stolen car crashed into a woman driving another stolen car. The debacle took place Monday when police responded to a report of a stolen Toyota Land Cruiser driving through downtown Newberg, according to the Newberg-Dundee Police. A pursuit ensued, and lasted for several blocks until the driver crashed into another car near an intersection. Cops identified the driver of the first car as Randy Lee Cooper of Portland. After taking Cooper into custody, the police then realized that the second car was also reported stolen in an unrelated crime three weeks ago. The driver of that car, Kristin Nicole Begue, was also found to be under the influence. Cooper was charged with unauthorized use of a motor vehicle, attempting to elude police, assault and reckless driving. (https://bit.ly/3gChSNa)

The film “Malcom & Marie,” with rising star Zendaya in the lead role, was shot quietly amid the pandemic and was arguably the first feature film to complete production during the lockdowns. The film reportedly met all COVID-19 safety protocols. They spend a lot of time together in the film. (https://bit.ly/2BTTMyJ)

“Harry Potter” actor Devon Murray, who starred as Seamus Finnigan in the beloved film franchise, announced his girlfriend is pregnant with the couple's first child together. (https://eonli.ne/2VZzlaf)

50 Cent flew into a rage on Wednesday night, throwing a table and chair at a man in the patio area of a mall in New Jersey. (https://bit.ly/31W2JSO)

Prince Harry and Meghan Markle are being criticized after the environmental crusaders were seen cruising around Beverly Hells in a gas guzzling SUV.(https://bit.ly/2OeRflc)

Meghan Markle was allegedly frustrated by the way the palace handled “untrue” tabloid stories before she stepped back from her official duties as a senior royal.(https://fxn.ws/3iBJkMK)

Darius Rucker and his wife Beth Leonard have split after twenty years of marriage. They used the same term as Chris Martin and Gwyneth Paltrow and said they were “consciously uncoupling.” (https://pge.sx/38WGkX4)

Disney has re-opened the Magic Kingdom at 25% capacity to defend against the Coronavirus. Epcot reopened Wednesday despite Florida’s spike in cases.

Cows moo with regional accents. "In small populations such as herds you would encounter identifiable dialectical variations which are most affected by the immediate peer group," explains one UK professor in an article for BBC News.

Scientists in Botswana are investigating a virus that’s killed four hundred African elephants and could jump to humans. (https://bit.ly/32cOGZ1)

When 37-year-old Jared Murray began building a new home in Lake Placid, Florida last July, red flags soon began appearing to those working on the job. “Every two or three weeks, he’d change his cell number,” a contractor on the project reported. “He would never answer his phone, and when he did, he was always around a lot of other people.” Murray regularly had construction materials sent to the job site, and for some reason they exclusively came from Lowe’s. The items were delivered by couriers driving rented U-Haul trucks, often at odd hours. The contractor says Murray told him that his uncle worked at Lowe’s, and got fifty percent off everything. It turns out that no one ever met Murray because he was not on the road, but in a prison cell. An FBI affidavit obtained by The Daily Beast lays out allegations that Murray has “devised and executed—and continues to execute—a scheme to defraud Lowe’s Home Improvement out of well over a million dollar’s worth of inventory.” (https://bit.ly/2Occ7JM)

After repeatedly being told that she was required to wear a face mask inside a Skechers outlet in Oklahoma, an incensed woman threw shoeboxes at a store employee and fled the business, not realizing she left her wallet at the sales counter. According to a police report, 56-year-old Marlana Arbaugh faces a misdemeanor simple assault charge in connection with the incident at a strip mall in Oklahoma City. Store workers told cops that Arbaugh entered the Skechers without a face mask, though a sign on the front door “clearly stated that anyone shopping inside the store was required to wear a face mask.” After hitting an employee with the shoeboxes, Arbaugh left the store and drove away. But she “failed to realize at the time of the assault that she had placed her wallet on the sales counter and left it there,” according to the OKC Police Department report. (https://bit.ly/3gLCzWX)

A New Port Richey Man was arrested for vandalizing cars while we he was wearing nothing but a BRA and a HAT ….. FLORIDA (https://bit.ly/2O1fNRo)