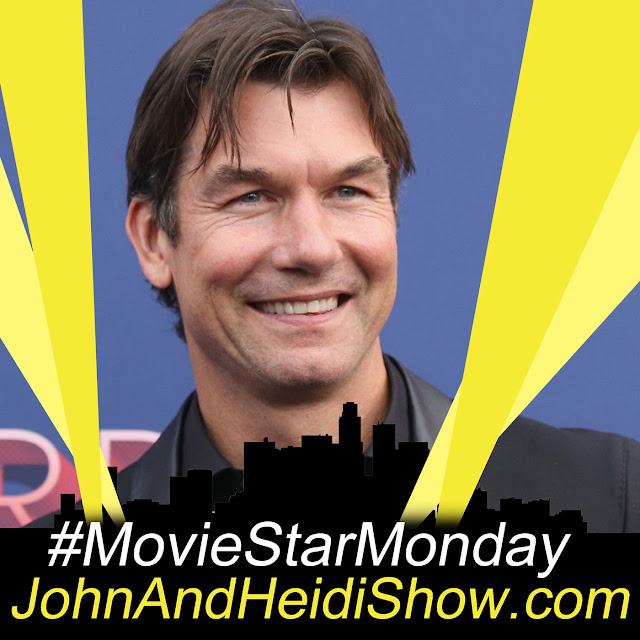 It's another #MovieStarMonday this time we chat with Jerry O’Connell ...actor, director and talk show host, known for his roles as Quinn Mallory in the television series Sliders, Andrew Clements in My Secret Identity, Vern Tessio in the film Stand by Me (1986), Joe in Joe's Apartment (1996), Frank Cushman in Jerry Maguire (1996)

His NEW project is available now THE SECRET: DARE TO DREAM - https://www.thesecretdaretodream.com/

A survey found that a growing number of restaurants in Los Angeles are transforming parking lots into outdoor dining areas. (https://yhoo.it/33i5CxZ)

Hundreds of people, many without masks, turned up for the 10th annual “White Trash Bash” in Illinois over the weekend — despite authorities warning that Coronavirus cases are on the rise in the area. At least 200 boats filled with revelers packed the Illinois River in East Peoria on Saturday for the all-day bash that consists of drinking and socializing in large groups. None of the around 500 partygoers were seen wearing masks or practicing social distancing. Authorities had issued a warning ahead of the blowout, reminding folks that “Covid 19 numbers are increasing in our area.” “This event has the potential to expose everyone to the virus,” the Fon du Lac Park District Police Department wrote on Facebook. But ultimately, officials said, there isn’t much they can do to ensure that attendees stay mindful of the virus. (https://bit.ly/2Pi0BNL)

Tom Hanks is in early negotiations to play Geppetto in Disney’s live-action version of Pinocchio. Variety first reported in 2018 that Robert Zemickis was on board to direct the project, which would reunite Zemeckis and Hanks worked together Forrest Gump, Cast Away and The Polar Express.

Not longer after the XFL kicked of its 2020 season the league was shut down due to COVID-19. It eventually filed for bankruptcy. Now Dwayne Johnson has entered the XFL picture. The league has been sold to a group that includes The Rock, his ex-wife Dany Garcia, and Redbird Capital for a price of just $15 million dollars.

Weight loss experts remind us over and over again that if we eat too fast, our brain might not recognize that we are full until after we’ve already consumed more than enough calories. And, here’s yet another reason to slow down at mealtimes: chewing more could make you eat less. A study showed that participants who chewed about 2½ times more than the typical 15 times caused them to eat almost 12 percent fewer calories.

Researchers (University of Exeter) say pesky seagulls at vacation spots tend to be deterred somewhat from stealing your food when you just stare at them. The research showed that with a human staring at them, herring gulls took 21 seconds longer to approach a bag of chips then when left unobserved.

In Spain a guy pleaded guilty to having stalked a woman for nearly three years. His trial was postponed a couple of times because he would randomly start singing Christmas tunes.

If you’ve been talking by Zoom with your therapist the last few months you’ll be happy to know that, according to a small study, online therapy is as effective as face to face. Three months after the end of the therapy, patients given online treatment even displayed fewer symptoms

Mexican Authorities arrested the notorious Cartel Boss “El Marro” after blaming him for a surge in violence in the central state of Guanajuato. This guy is a seriously violent dude. (https://tmsnrt.rs/2EJsAUl)

Don’t worry about getting bit by this wild cat, it’s already stuffed. Police were reportedly called to a park in Steyning, Horsham, West Sussex, on Friday over fears of an “apex predator” roaming around. However, once police arrived on the scene at night and saw the supposed “panther,” they realized the creature was actually a stuffed toy that had been left on the park bench. Twitter users were tickled by the news of the felt feline. “What. A. Headline: “Panther on the loose clinging to a park bench turned out to be a stuffed toy,” one wrote. “Possible Panther Prowls Park,” another wrote with the hashtag “Friday Funny.” Sussex Police were initially concerned when they first sighted the big cat in their car headlights, seemingly attempting to jump over the bench. “Reports of a large apex predator in the Steyning area turned out to be true,” the police said. “It may be a stuffed toy, but the attending officers didn’t necessarily know that at first.” (https://fxn.ws/2DlEYcn)

The Charlotte County, Florida Fire Department and EMS has a warning for drivers. Do not drive with an open candle! According to the department’s Facebook page, the fire started after a fragrant candle that was burning in the car, tipped over onto some papers, and caught on fire. The man driving stopped his car and ran for a trashcan to fill with water and when he got back, the car was engulfed in flames. Fire and EMS crews say they were able to put out the fire but, unfortunately, not before the fire destroyed the car. Thankfully, no one was injured. (https://bit.ly/3hRJtub)

A Sarasota Man was arrested after telling police he had a live grenade in his car during a routine traffic stop ….. FLORIDA (https://bit.ly/3k5Qb1J)

Caesar The 'No Drama Llama' Is Attending Protests In Portland To Keep People Calm
https://www.sunnyskyz.com/good-news/3901/Caesar-The-039-No-Drama-Llama-039-Is-Attending-Protests-In-Portland-To-Keep-People-Calm