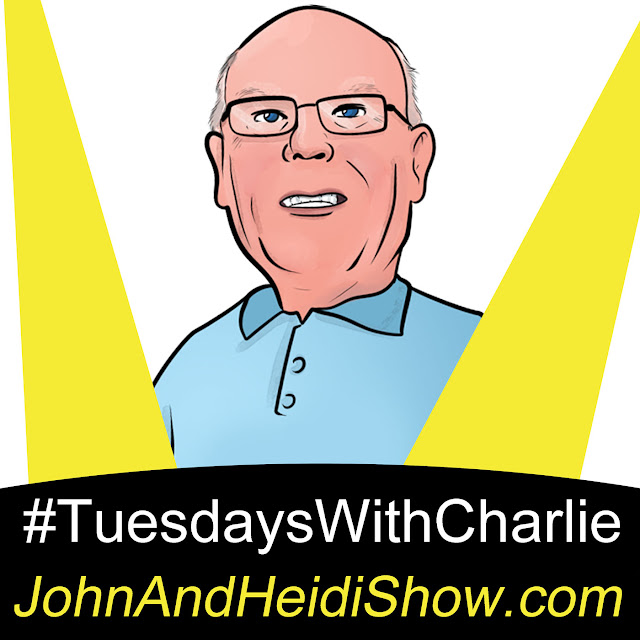 Researchers at Duke University have been studying which fabrics are most effective at stopping the spread of COVID-19 when used as masks. (https://bit.ly/31CQZCH)

Holland’s top scientist says there’s no evidence masks work and they could even be limiting our ability to develop immunity to the Coronavirus. (http://dailym.ai/2EQZNgM)

According to a new study conducted by Researchers at Duke University, bandannas, gaiters, and knitted masks are some of the least effective face coverings for preventing the spread of Coronavirus. (https://bit.ly/3kxRabp)

A 23-year-old Nashville woman was charged with public indecency and public intoxication when she was observed wearing a white T-shirt and flashing strangers who drove by. She was then was found walking around with her pants down and claimed to not know why. She admitted to taking cocaine two hours prior to the incident.

Celebrity Chef Rachel Ray and her family are safe after escaping a fire in their home. (https://bit.ly/3aklRMw)

Antonio Banderas revealed on Twitter that he has tested positive for COVID-19. He reportedly spent his 60th birthday in quarantine. (https://pge.sx/33Inyly)

The hit 1987 film “Three Men and a Baby” is officially being remade by Disney+ with Zac Efron in the lead role. They’re calling it the biggest remake in Hollywood since.... well.... the last remake! (https://bit.ly/3fHddss)

More than 140 cats were recovered last week from a home in Park Township, Michigan. Now authorities say the house may be unfit for humans because of the stench. St. Joseph County Animal Control is scrambling to find medical assistance and temporary placement for the animals.

A 21-year-old Florida man was arrested Monday after authorities said he was clocked driving 132 mph with his 6-month-old son in the car. Even more shocking was the car that was going that fast: a Hyundai Accent.

It’s been announced that schools in Mexico will not reopen in the fall and children across the country will be educated at home by television. (https://fxn.ws/3gJ0HtQ)

Johnson & Johnson could produce one billion doses of its potential COVID-19 vaccine next year if it proves successful and would consider injecting healthy volunteers with the Novel Coronavirus if there are not enough patients for final trials. Some are stunned that they would inject “healthy volunteers.” So many people are nervous about the potential negative effects of a vaccine. (https://bit.ly/3gTTveA)

People hate privacy policies (and reading the fine print in general). It would take 76 workdays (if you work an 8-hour day) to read every online privacy policy you agree to in an average year.

New Zealand marked one hundred days since it was able to effectively eliminate the spread of Coronavirus. (https://bit.ly/3ae6ULY)

New Zealand’s streak of more than one hundred days without a local transmission of the Coronavirus is now over. Prime Minister Jacinda Ardern announced last Tuesday that authorities have found four confirmed cases in one household. (https://fxn.ws/3kBiXaU)

Hasbro says it is pulling a Trolls doll from store shelves after a petition with over 150,000 signatures accused the toymaker of promoting child abuse by placing a button on the doll's “private area under her skirt.” The “DreamWorks Trolls World Tour Giggle and Sing Poppy” has a button on her stomach that when pressed will prompt the doll to sing and say phrases like, "How about a hug?” But many people have a problem with a second button that's placed on her bottom under her skirt that when pressed will cause the doll to make sounds such as "Whee!" and "Oh!" as one Twitter video with over 500,000 views shows. Hasbro spokeswoman Julie Duffy told CNN in a statement that "this feature was designed to react when the doll was seated, but we recognize the placement of the sensor may be perceived as inappropriate." (https://cnn.it/3fDADPm)

A Long Island, New York covidiot got her hackles up and profanity-laced rant out in a supermarket’s frozen food section when an employee confronted her about not wearing a mask. In the viral footage uploaded to Twitter on Saturday, the foul-mouthed woman is seen at a King Kullen grocery store in Massapequa, where the staffer had the audacity to tell her to follow the state mandate and wear a mask. “Don’t pull your Communist bull—- on me!” the shrill shopper shouts at the employee, adding that the worker must be stupid because she works in a supermarket. A woman responded to The New York Post and said the employee was her mother, who is worried about possibly bringing the deadly bug home to two 70-year-old relatives. (https://bit.ly/2PI71FW)

A Vero Beach Man accused of having cocaine in his hat told investigators he didn’t know the drugs were there ….. FLORIDA (https://bit.ly/37bJ9By)