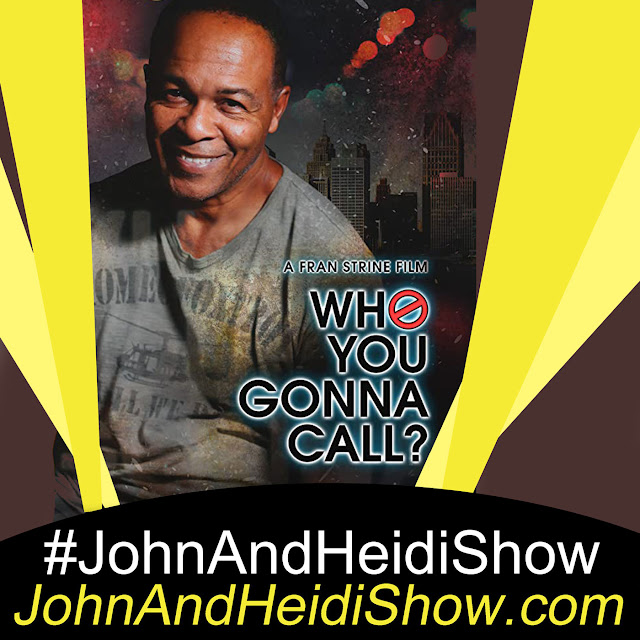 Today we visit with Ray Parker Jr. about his new documentary film “Who Ya Gonna Call” that will be out soon. https://screencrush.com/ghostbusters-music-video/ https://www.youtube.com/watch?v=eMnfeBeG7Sc

A Gallup Poll found that 13% of Americans are satisfied with the way things are going in this country.(https://bit.ly/31g8YPu)

A Florida man was arrested after worrying citizens who spotted him walking down a road while waving a gun in one hand and holding an alcoholic beverage in the other. Deputies responded shortly before noon to reports of a man pointing a gun at vehicles driving along a street in Wimauma, about thirty miles southeast of Tampa. Deputies said 66-year-old Eric Ricardo Felder was holding and “carelessly waving” a loaded .38 Smith and Wesson revolver in one hand and a Blue Moon beer in the other. Felder was taken into custody without incident, the sheriff’s office said. He faces multiple charges, which include felon in possession of a firearm, two counts of aggravated assault with a deadly weapon, use of a firearm while intoxicated, improper exhibition of a dangerous weapon, and resisting arrest without violence.(https://fxn.ws/31PL1Pl)

A Former DJ for “The Ellen DeGeneres Show” confirmed that employees were treated poorly and stated “I did experience and feel the toxicity of the environment.” (https://bit.ly/30J4mSH)

Researchers have discovered a burst of radio waves 30,000 light years from earth. (https://fxn.ws/3fPaQni)

A new lawsuit claims a former McDonald's CEO had sexual relationships with multiple employees and exchanged explicit photographs over a company server. (https://cbsn.ws/2DTgTdk)

Scientists have diagnosed a 76-million-year-old dinosaur with cancer. (https://bit.ly/31BfRuF)

A new report says many couples are putting pregnancy plans on hold due to the Coronavirus pandemic. (https://cbsn.ws/2DNbwwr)

We're more prepped for a zombie invasion than you probably knew. The actual U.S. Centers for Disease Control and Prevention has a real website devoted to "zombie preparedness."

Afghanistan has agreed to release four hundred hardcore Taliban prisoners ahead of peace talks with the terror organization. (https://wapo.st/33N7NKe)

A Florida Man was recently jailed on a felony Slurpee battery charge. Investigators allege that last month 40-year-old Brian Duffy doused a 7-Eleven Employee with the frozen treat during a 9:20 a.m. argument about the drink’s price inside a store in Pinellas Park. A surveillance camera recorded Duffy “back handing the cup full of a Slurpee drink” out of the female victim’s hand. The Slurpee “flew onto the victim’s person,” a cop reported. While Duffy left 7-Eleven before police responded, the victim recently “pointed the defendant out to law enforcement,” apparently after he returned to the store. During police questioning, Duffy recalled there previously was “an incident” in which he “was being charged too much for a drink.” But Duffy did not recall knocking the Slurpee out of the worker’s hand. Since Duffy’s lengthy rap sheet includes a prior battery conviction, he was charged with a felony for the July 26th 7-Eleven incident. (https://bit.ly/3iriiqm)

A Vero Beach Man was arrested after he threatened to rob a McDonald’s because he had to pay for extra dipping sauce ….. FLORIDA (https://bit.ly/2FmFCV1)