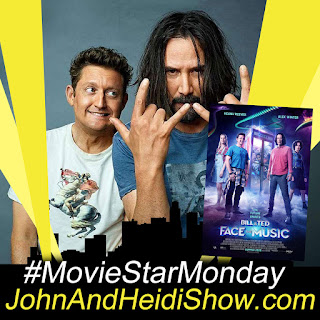 A new study found that men who use protein powders or creatine have a higher chance of becoming alcoholics when they’re older. (https://bit.ly/3hYNSvR)

21-year-old Florida man Cole Gatlin was arrested early Saturday morning after he crashed into a Hillsborough County Sheriff’s Office patrol unit. Gatlin was traveling eastbound when his car struck the left backside of a marked Dodge Charger at 4:43 a.m. Two deputies were inside the patrol unit at the time of the crash. Deputies said Gatlin displayed visible signs of impairment as he exited his vehicle and was arrested at the scene after failing the field sobriety exercises. Gatlin provided a lawful breath sample which revealed his blood alcohol content was twice the legal limit at .181% and .168% BAC, respectively. Deputies said Gatlin admitted to them that he consumed alcohol before getting behind the wheel and despite feeling its effects, continued to drive. Sheriff Chad Chronister said, “This 21-year-old's irresponsible behavior will not go unpunished.” (https://bit.ly/3339YHB)

Dwayne “The Rock” Johnson says his entire family tested positive for Coronavirus, but they all made a speedy recovery. The Rock says the family got it from close friends. (https://yhoo.it/2QSlTSO)

According to a study (University of Massachusetts), when we’re making small talk with strangers, we tend to lie to each other about three times every 10 minutes. Our reasons for lying are many. We lie to address our own insecurities when meeting new people, and also because lying about ourselves is often easier than telling the truth. The old phrase “just being yourself” requires more creative effort than lying because it involves deciding “which attributes to emphasize and which to minimize, which impulse to follow and which to ignore.”

If you thaw your steaks before throwing them on the grill, you’ve been doing it wrong. America’s Test Kitchen tested frozen steaks vs. thawed, and found cooking steaks frozen produced better taste, less moisture loss, and a more even cook.

In Russia, people decided to park their cars in a grassy area that was marked as a landing zone for parachutists at a festival. People were hanging out near their cars — apparently blowing bubbles — when one young woman was nearly taken out by a guy coming in for a landing. Instead he sorta crash-landed into the back of a car. https://www.youtube.com/watch?v=AO5-FJbkcjo&feature=youtu.be

A study finds that shorter women have shorter pregnancies.

A Tennessee man called 9-1-1 more than 1100 times over the past six weeks, a prolific misuse of the emergency dispatch system that included the suspect asking a police operator “if they wanted to buy egg rolls.” Investigators allege that Huu Nguyen, a 54-year-old Memphis resident, began dialing 9-1-1 from his cell phone in mid-July. By the time of his arrest yesterday, Nguyen had logged 1,171 calls to 9-1-1, though he “did not have an emergency.” On Tuesday, Nguyen called 9-1-1 241 times. On Wednesday, Nguyen placed thirty-two calls to the emergency number, one of which involved food: “The suspect asked the 9-1-1 Dispatcher if they wanted to buy egg rolls and then disconnected the line.” Nguyen has several prior convictions for misusing the emergency dispatch system and has been branded a “habitual 9-1-1 abuser” by police. Nguyen was arrested yesterday outside a Memphis building that is home to a Vietnamese restaurant and the Oriental Best Market. (https://bit.ly/3269MaY)

A Florida man used payroll protection program loan money to buy a nearly $700,000 boat. 35-year-old Casey Crowther received more than $2 million from the federal loan program set up during the coronavirus pandemic to protect businesses and their employees on behalf of his company Target Roofing and Sheet Metal. Within days of getting the loan money, Crowther wired $689,417 to a Sarasota company to buy a 40-foot 2020 Invincible catamaran, which he registered in his name. Qualifying businesses were to use the low interest loan for business-related reasons including to retain employees and maintain payroll or make mortgage payments. Crowther is charged with making a false statement to a lending institution. He could face thirty years in federal prison if convicted. He was released on a $100,000 bond. (https://bit.ly/3jSefEj)

GOOD NEWS: Brought to you by BetterCreditCards.com
Jelly Belly Founder To Give Away Candy Factory In Nationwide Treasure Hunt
https://www.sunnyskyz.com/good-news/3946/Jelly-Belly-Founder-To-Give-Away-Candy-Factory-In-Nationwide-Treasure-Hunt