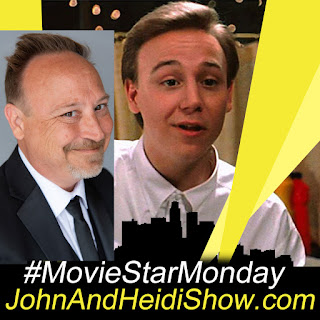 A survey by the Associated Press found that one in four Americans has considered quitting their job because of Coronavirus concerns. (https://bit.ly/3kqIMtT)

A survey by RunRepeat.Com found that only 31% of gym members have returned to their fitness center since the lockdowns ended.(https://bit.ly/3dC2uQA)

A Florida Man is accused of striking his girlfriend with a pumpkin and its innards during a 2:00 a.m. confrontation in the couple’s apartment. According to a criminal complaint, 26-year-old Nathan Garisto was arrested on a domestic battery charge. Garisto, free on $1,000 bond, has been ordered to have no contact with the 29-year-old victim. Police say that when they responded to the couple’s Largo residence, the victim was “covered in pumpkin seeds and pulp.” Garisto, cops noted, was “heavily intoxicated while engaged in a verbal argument with his girlfriend.” After refusing his girlfriend’s requests to leave the home, Garisto allegedly “threw a pumpkin and all insides of the pumpkin at the subject.” Garisto has pleaded not guilty to the misdemeanor count. A judge yesterday ordered him to wear an alcohol monitor as part of his bond conditions. (https://bit.ly/34fxQJF)

Kris Jenner blames social media for the demise of “Keeping Up With The Kardashians,” saying people don’t want to wait three months for a new episode now that they’re used to getting new content every day. (https://pge.sx/31pmxgh)

“Malcolm in the Middle” star Frankie Muniz and his wife Page Price revealed that they're having a baby boy. (https://pge.sx/3dHXYzT)

Actress Lily James canceled her appearance on “The Today Show” after after she was seen cavorting and canoodling with her married co-star Dominic West in Rome. (https://pge.sx/37jZd7h)

Scientists attached a tracking device to a murder hornet to follow it to its nets but it evaded them by flying into a heavily vegetated area.

NASA is launching a 4G phone network on the moon. (https://cnet.co/3dLEJp6)

Life is a breeze once you reach the age of 44. This is according to a study of adults over the age of 55. And the good news is the ‘window of contentment’ continues all the way through our 50s, early to mid-60s and beyond. Reasons for life becoming a “breeze” include some financial security, being fit and healthy and being safe in the knowledge the children are doing well in their chosen careers. Other key elements include having a settled home life, being in stable, happy relationships and being comfortable in their own skin.

FitBits, Apple Watches and even our smartphones can track our steps — and some people compete against friends and family to reach the most steps each day.

Parents of trick-or-treaters who gobble up their goodies Halloween night need not be spooked. The candy binge by millions of returning ghosts and goblins is really a harmless, once-a-year tradition, according to a researcher at the University of Florida’s Institute of Food and Agricultural Sciences. And besides, she said, forbidding candy can have dire consequences upon children developing healthy eating habits. “Parents are overly concerned about candy consumption. As long as children have an otherwise healthy diet, it’s okay to let them indulge in sweets on Halloween night and other special occasions. If you get into the habit of restricting candy, it can provoke children into craving sugary treats even more.”

A study finds weighted blankets could help with insomnia.

Two employees at Ireland’s 800-year-old Ashford Castle were forced to quarantine alone in the eighty-three room luxury resort while it was closed to the public. It’s a male and a female in their 20’s. (https://bit.ly/3lCo7mD)

A Marathon, Florida man attacked his roommate with a baseball bat, and the victim says the beating was over a dead rodent he was keeping in their freezer to feed a pet snake. 59-year-old Javier Francisco Arellano was arrested early Sunday morning and faces a charge of aggravated battery with a deadly weapon. Authorities say the victim, a 57-year-old man, was taken to Fishermen’s Hospital and then airlifted to a Miami hospital “with injuries that required staples to his head.” He also suffered injuries to his legs, arms and hands. The victim told a detective that he stored a dead rat or mouse in a freezer to feed a pet snake, which upset Arellano. Arellano was taken to jail, and investigators say they found about forty firearms at the home that are being held. (https://bit.ly/2FLgjjf)

A Washington man was arrested after police say he locked a woman out of her home and threw potatoes at her, despite being under a no-contact order. The incident unfolded last Wednesday afternoon when officers were dispatched to the home in Yakima. As they arrived, the 21-year-old suspect saw the officers and hid behind the fence, and then went into the house. The victim told the officers that the suspect was cursing and harassing her and then threw a potato at her, hitting a pillar as she was walking back to her shed. Officers then went to the house and were able to locate the suspect. He was taken into custody. The suspect was booked for investigation of violating a no-contact order and felony domestic violence assault. (https://bit.ly/3jaosLF)

A Martin County man was turned in by his neighbors for gardening in the nude on his front lawn ….. FLORIDA (https://fxn.ws/2NX3h49)