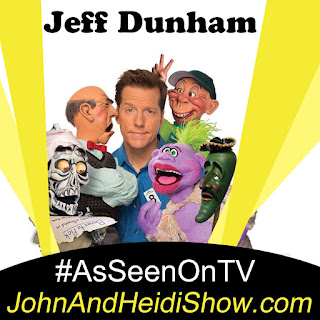 A breakthrough study in Israel found that hyperbaric oxygen treatments can reverse the aging process in humans. (https://bit.ly/35QW1Pr)

A study by the University of Copenhagen found that bacteria found in bed dust can improve a child’s health. The bacteria is said to build up their immune systems later in life. (https://bit.ly/33aDGet)

Olivia Wilde and Jason Sudeikis were seen hugging in Los Angeles after calling off their engagement last week. The couple was together for seven years.(https://pge.sx/3pG3CIv)

Joe Exotic's husband, Dillon Passage, was arrested for drunken driving in Texas and didn't even know who he was. (https://bit.ly/3nBXqQ8)

Spike Lee is making a musical about the invention of Viagra.(https://bit.ly/32V5685)

Millions of Americans have been traveling for Thanksgiving despite warnings from the CDC to keep gatherings to a minimum. (https://on.today.com/2HtRPvM)

Royal Caribbean has attracted 100,000 volunteers to test the new Coronavirus protocols by taking a free cruise on their ships. The safety measures are super strict. (https://bit.ly/3lMDSrN)

The FDA has approved the first rapid at home test for COVID-19 that will deliver a result in thirty minutes or less. (https://n.pr/36LRFIO)

National chains such as Walmart and Kroger are beginning to see runs on tissues and cleaning supplies as Americans fear we'll go into another lockdown. (https://bit.ly/32W0crc)

The NYPD busted two hundred men who were conducting a Fight Club inside a Bronx Warehouse. (https://bit.ly/38SZuPA)

Health Officials in Washington have ordered three hundred people to quarantine after they were exposed to Coronavirus at a super-spreader wedding. (https://bit.ly/3pB7ZVl)

The typical shower is 101 degrees F

A British Phys-Ed teacher was arrested for downing wine and flashing her breasts at the school prom. (https://bit.ly/3kWY88J)

Police in Wisconsin are stumped over who would steal a tree from the flagship branch of the state university. The University of Wisconsin-Madison has logged its loss at $13,000 or more. A rare, 25-foot Algonquin pillar Swiss mountain pine tree was cut down and stolen from the university’s arboretum property sometime between November 5th and 9th, according to the UW-Madison Police Department. The tree was planted in 1988 about 30 yards from a campus parking lot. The thief or thieves also cut a 12-foot section from the top of another nearby tree, a compact white fir planted in 1981. For some reason, they left that cut section behind. Commenters on the department’s Facebook post were angered and confused by the theft. Authorities believe someone may be able to help them identify whomever was responsible because of the manpower involved in taking down a tree of that size. (https://fxn.ws/2IFluCk)

A driver in England who repeatedly shouted “wakey wakey” from his car in the early hours has been given a police warning. Hampshire Police said it received “many complaints” about a man and his passengers shouting “at the top of their voices” in the Brockhurst and Elson areas of Gosport. The red Nissan Navara driver was also seen turning off his lights and shouting “you can't call the police because you can't see us.” The force said: “How wrong he was.” Resident Karen O'Brien said that on Tuesday or Wednesday she heard “somebody on a megaphone shouting wakey wakey.” Officers eventually caught up with the 21-year-old driver and issued him with a warning. The warning means the driver's car can be seized if he gives residents further unwelcome wake-up calls in the next twelve months. (https://bbc.in/2IAl4gy)

A Cape Coral man was found sitting on the roof of a family’s home in his underwear and told police he had no idea how he got there ….. FLORIDA(https://bit.ly/3lztPG9)