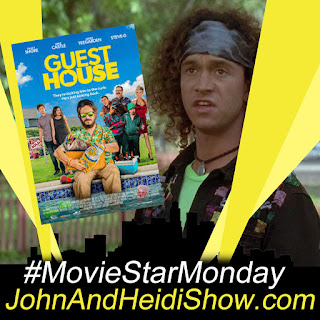 
A new survey found that over 300,000 residents have moved out of New York City in the past eight months because of rising crime rates. (https://bit.ly/3nl9B3s)

The last thing you want to hear at Thanksgiving is that a big meal increases your chance of heart attack, but there it is. A study by the University of Miami found that a person who eats an unusually large meal is four times more likely to suffer a heart attack in the next two hours than someone who didn’t feast. During the first hour after feasting you are at ten times the normal heart attack risk.

Police in Hollywood, Florida responded to a call at the Capone’s Flicker Lite Bar & Pizza Restaurant after a man entered the establishment, clearly inebriated, and became violent after staff refused him service. The man has since been identified as 48-year-old Robert Nessler. Nessler demanded more alcohol, and when staff turned him away – as they were trained to do when someone has had “too much” – he refused to back down. Owner Patty Nettina pushed Nessler away from one of her servers, at which point he pushed her back. “I pushed him to get him away from her and he pushed me back and I went tumbling across the bar,” Nettina said. Nessler then reportedly punched the waitress, Holly Dulgerian, several times, according to witnesses. He appeared in Broward County court last Friday, facing two counts of aggravated battery and disorderly intoxication. (https://fxn.ws/38In15E)

Season four of “The Crown” premiered on Netflix this weekend, marking the first time the late Princess Diana is featured on the show. (https://bit.ly/2IDOjPY)

Royal Insiders say Prince Harry won't turn his back on his Netflix deal despite the portrayal of his family on “The Crown.” (http://dailym.ai/3kDPfAN)

Meghan Markle and Prince Harry did not wish Prince Charles a Happy Birthday on Saturday. (https://pge.sx/32NnyiT)

BMW has built the world’s first electrified wing-suit and it’s capable of flying at speeds of 186 MPH. The wing-suit allows users to fly just like Iron Man. (https://bit.ly/2H2UFYg)

Hundreds of marijuana companies are laying the legal groundwork to set up shop in New Jersey now that the Garden State has voted to legalize recreational marijuana use. (https://fxn.ws/2UudAyn)

New York City's first electric taxi, a Model 3 Tesla, hit the streets this weekend. It takes ten times as long to charge the cab as a gas fill-up does. The electric cabs have human drivers, but they're developing self-driving cars.(http://dailym.ai/3lGOFna)

A 14-year-old Brooklyn boy who disappeared with his 11-year-old girlfriend last Thursday was found speeding in his dad’s car 1,200 miles away in Iowa. (http://dailym.ai/2IFaPI4)

A thief in France broke into a home and stole a laptop, an iPad, and a TV. Shortly after the robbery the thief went back to the same house, but this time was caught. When he took the TV he forgot to take the remote control.

A study found that an ancient species of ape stood 10 feet tall.

A 20-year-old Florida man is in jail after stealing an Alachua County deputy's cruiser from the Gainesville Regional Airport Thursday night. According to deputies, video surveillance showed Duncan Smith leaving the airport in the vehicle around 8:34 p.m. Two hours later, deputies were notified that he used a credit card that was in the stolen car in Columbia County. Deputies caught up with Smith in Alachua County and arrested him. Deputies say Smith confessed to stealing the cruiser because he was on a “spiritual journey” and needed to find a way home. Smith is charged with burglary, larceny and vehicular theft. (https://bit.ly/38lHyga)

A woman is facing several charges after an incident at a hotel on Jacksonville’s Southside ended with a truck submerged in a retention pond. It happened last Thursday at the Extended Stay Deluxe. Police said they were called to the hotel in reference to an armed dispute. According to the report, a hotel employee told police that a woman, later identified as 34-year-old Marlo Walton, began arguing with her in the lobby because there was no breakfast available at the hotel and because the pool was closed due to COVID-19. A man waiting in line at the hotel lobby told police when he saw the woman yelling with the guest service receptionist, he told her to settle down. The man went to the parking lot and got inside his vehicle, but when he saw the woman in the parking lot, he parked the vehicle and ran off. When he came back, he saw his vehicle was gone. Police said Walton took off in the truck and ended up in the retention pond across the street from the hotel. The truck was partially submerged. Walton was arrested and faces charges for theft of a motor vehicle, criminal mischief, battery, assault, and aggravated battery. (https://bit.ly/3pbmbnJ)

A Fort Pierce man told police the cocaine in his car must have been blown in by the wind ….. FLORIDA (https://bit.ly/35B973o)

He Saved A Little Girl From Drowning, Now Her Family Is Raising Money For His Wedding
https://www.sunnyskyz.com/good-news/4027/He-Saved-A-Little-Girl-From-Drowning-Now-Her-Family-Is-Raising-Money-For-His-Wedding