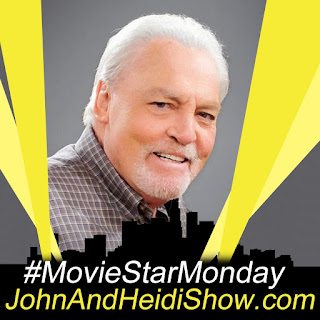 An airline industry group is developing a digital health pass that will show customs agents you’ve been vaccinated for the Coronavirus before you can enter their countries. (https://cbsloc.al/3fPDINY)

A Danish study found that divorce is more painful for a person's physical and mental health than previously realized.(https://bit.ly/2VqDWln)

A berserk woman went on a booze-related rampage — smashing hundreds of bottles of wine and spirits inside a British supermarket last Wednesday. The woman entered an Aldi supermarket in Stevenage, England, and began breaking 500 bottles of alcohol that caused around $130,000 in damages. Video on social media shows the woman — wearing a grey hoodie, khaki pants and a backpack — grabbing the bottles from the shelves and smashing them on the floor. A trail of broken glass and booze on the floor can be seen behind the woman. Other footage shows the woman slipping and falling on the broken glass as onlookers say she was cut and bleeding from her right hand. Later, a police officer grabs the woman and escorts her out of the supermarket. Local reports say the unidentified woman was arrested and treated at a hospital for her injuries. (https://fxn.ws/3myNpmr)

Ryan Seacrest is selling his Beverly Hills Mansion for $85 million dollars. He's torn between staying in L.A. or moving to New York. (https://pge.sx/2Vv8SRy)

Helena Bonham Carter says Netflix has an obligation to warn viewers that “The Crown” is fiction and not an actual documentary. (https://bit.ly/3qm40fQ)

Cardi B says people are trying too hard to be offended after she hosted a Thanksgiving Party for forty people with her husband Offset. (http://dailym.ai/3qgLzc8)

Harry Styles' cover of Vogue Magazine was such a hit that there's now a waitlist to get a copy when the next print run comes out. (https://pge.sx/3mBT0bX)

A YouTuber who was “chasing his dreams” fractured his skull after leaping into a river from atop a massive bridge in Austin, Texas. (https://bit.ly/3lllmFH)

An Oregon nurse was placed on leave after bragging on TikTok that she doesn’t wear a mask. (https://bit.ly/39uIzDi)

A video of a fox that’s been coming to the window of a quarantined British man and entertaining him has gone viral. (https://bit.ly/2KPwWfG)

A new lawsuit accuses the Holland-made “Tecate Beer” of masquerading as Mexican. (https://bit.ly/39Aq5kC)

Search YouTube on any topic and someone will have set up a channel with videos on the topic. Like Post 10, a vlogger who devotes his channel to “videos of unclogging culverts and drains, trains, experiments, machines, animals, trailcams, howto, aquariums, reviews, things I love and much more.” Some of Post 10’s most popular videos are of him unclogging storm drains during ferocious rain storms. https://youtu.be/XyPno6U1SuI

According to a study, 71 percent of pregnant women get some form of anesthesia during childbirth.

Proving that love is blind, and sometimes kooky, a bodybuilder from Kazakhstan has tied the knot with his dearly beloved — a sex doll he dated for eight months before proposing a year ago. Clad in a black tux and bow tie, Yuri Tolochko is seen planting a kiss on Margo, who appears a bit stiff in her revealing white gown as she clutches a bouquet of flowers and stares into the distance. The “couple” shared a romantic first dance in front of dozens of guests who attended the traditional ceremony, which was shared on Instagram. The only requirements for a wedding to take place in Kazakhstan are that both consenting partners have to be male and female over 18 years old — with no mention of whether dolls are included. (https://bit.ly/2KXmTFH)

A group of customers at a Maryland bowling alley who refused to wear face masks assaulted two employees when they were asked to leave. A manager at Bowl America in Glen Burnie was knocked to the ground with a punch outside the bowling alley after escorting a group of eight men outside late Saturday. The manager had just asked the men to put on face coverings — which are required at the facility — but they ignored the request. One of the bowlers then pushed the manager as they were asked to leave. “The manager then escorted the group of eight males outside,” police said in a statement. “Once outside, one of the males punched the manager, causing him to fall to the ground.” The other men in the group then kicked the manager while he was down. The suspects fled the bowling alley before cops arrived. No arrests have been made as of Wednesday in the ongoing investigation. (https://bit.ly/37voTMD)

A New Port Richey man was arrested after he was found crawling through the ceiling of a Walmart that had to be evacuated so police could get him out ….. FLORIDA (https://bit.ly/34Hr799)

The Moment The 'World's Loneliest Elephant' Makes His First Friend In 8 Years
https://www.sunnyskyz.com/good-news/4056/The-Moment-The-039-World-039-s-Loneliest-Elephant-039-Makes-His-First-Friend-In-8-Years