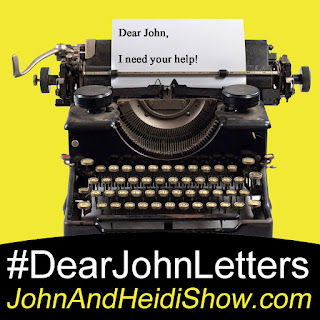 My fiancé is upset with me, but it's not my fault. We've been dating for two years, he asked me to marry him at Christmas time. I'm excited to get married, but now there's a problem. One of my ex-boyfriends recently moved to the town we live in and he works for the same company I work for. My fiancé thinks there's something between us, but there's not. We are not in the same department we never see each other at work. I didn't even know he worked there until my fiancé told me. He thinks I'm keeping something from him. I have nothing to hide, but now this jealousy has me concerned. We didn't talk for a few days. The last few times we did talk he was pretty cold towards me. What can I do to prove to him that there is nothing going on? Should I be concerned about the way he's acting over this non-issue? Please help!

National Have Fun At Work Day

Scientists at Stanford Medicine have unlocked a drug that de-ages the brain and reverses cognitive decline. (https://bit.ly/3o5W7sc)

Florida Police Officers surrounded Jackson Memorial Hospital on Friday afternoon after an inmate who was thought to be wearing a hospital gown attempted to escape. The inmate, identified as 39-year-old Jermaine Henderson, was supposed to be taking a shower before scheduled surgery when he escaped through the ceiling of the bathroom. Police said he made it to the 10th floor and stole a janitorial uniform. He was walking barefoot when he walked out of the building. Officers quickly put the hospital on lockdown and set up a perimeter. Henderson was running and jumping through people’s backyards, so the residents called 9-1-1. He hid under a truck, but officers eventually caught him. Records show Henderson has a history of criminal cases that goes back to 2002 in Miami-Dade County. The charges include cocaine possession, robbery, grand theft, burglary and battery. Henderson’s latest case was May 22, 2011 when he was arrested for burglary, resisting arrest, and battery on a law enforcement officer. (https://bit.ly/2XROifq)

Armie Hammer’s ex, Paige Lorenze, says he kept mannequins in his basement to practice tying up women for his cannibalism exploits. http://dailym.ai/2KHXdwL

It’s a great party trick and useful for circus performers but scientists say that learning to juggle can cause changes in areas of the adult brain. Mastering the skill increases the amount of grey matter in areas of the brain that process and store visual information, proving what was not thought possible — that new stimuli can alter the brain’s structure. A comparison of brain-imaging scans of non-jugglers and other volunteers before they learned to juggle and three months later, revealed an increase in grey matter in certain areas of the newly trained jugglers’ brains.

Fans wanting to attend the Super Bowl in Tampa can now expect to spend about $3.50 per second (of game clock time) to see the game. The average price of a ticket on Gametime, an app/website for last minute tickets, is now over $12,000 per seat, with the least expensive seats going for $8,424 each and the top-priced seats available for $17,738 each.

According to a poll, one in five women and one in six men believe that the winner of big games like the Super Bowl are picked in advance.

Belgium has banned leisure travel amidst a surge in coronavirus cases.(https://bit.ly/2YaSTJG)

Researchers discovered that baby chicks, like humans, count from left to right.

You lose up to 30 percent of your taste buds during flight. This might explain why airplane food gets such a bad reputation. The elevation in an airplane can have a detrimental effect on our ability to taste things. According to a 2010 study conducted by Germany's Fraunhofer Institute for Building Physics, the dryness experienced at a high elevation as well as low pressure reduces the sensitivity of a person's taste buds to sweet and salty foods by about 30 percent. Add that dry cabin air affects our ability to smell, and our ability to taste is reduced further.

A man in China was hanging clothes on his balcony when he was shot in the knee by an arrow, which came out of nowhere. The arrow sunk eight inches into his knee. He was rushed to the hospital. He later found out that a guy who lived in another building near him is crazy about archery. His arrow missed the intended target and found the other guy’s knee.

Safari Pets in Cabot called police reporting a ball python was stolen from its enclosure. “We don’t hear stories like this,” said Sergeant Chris Reilly of the Cabot Police Department. “The manager stated they just received a shipment of reptiles in. As the employee was putting the reptiles into the enclosure they were called to another task and at that point a male subject took the reptile from the enclosure.” Sergeant Reilly said Safari Pet’s surveillance video caught the whole thing. So, the store posted still shots of the video to social media, hoping someone would recognize the man and woman. According to the police report, the man from the pictures called the pet store and asked why the store was plastering his face all over the internet. Employees told the man, “you know why” and told him there was surveillance video of the snake being stolen. “Social media plays a big part now in criminal investigations because it’s an easier way for us to get the word out,” said Sgt. Reilly. Safari Pets says the snake was returned to the store. The owner of Safari Pets said he is not pressing charges but he hopes this teaches the shoplifter a less and he’ll turn his life around. (https://bit.ly/390LSBj)

According to the Titusville Police Department, a Florida man who fled from officers said he was trying to get home to his mom and claimed he was driving too fast to pull over. Police said they saw 18-year-old Nicholas Debetes driving a red Hyundai Elantra “at an extremely high rate of speed” around 11:15 p.m. and turned on their lights in an attempt to get him to stop. Records show Debetes passed several locations where he could have stopped but instead continued to a trailer park where he parked the car. After he was placed in handcuffs, a Brevard County deputy arrived and said Debetes had an outstanding warrant, adding that she had tried to pull him over earlier that night but he sped away and she was unable to catch up. Debetes claimed he was speeding because his mother wanted him to come home for an unknown reason and he added that he was driving too fast to stop. “If I would have tried to stop quicker, I would have crashed the vehicle,” Debetes said. He was arrested on charges of aggravated fleeing and eluding, operating an unregistered vessel, and reckless driving. https://bit.ly/2XVL4aI

A self-proclaimed “monkey whisperer” has been charged with illegally selling pet monkeys in Florida. FLORIDA (https://bit.ly/399iXvb)

Dog Spends Days Outside Of Hospital Waiting For Her Owner
https://www.sunnyskyz.com/good-news/4122/Dog-Spends-Days-Outside-Of-Hospital-Waiting-For-Her-Owner