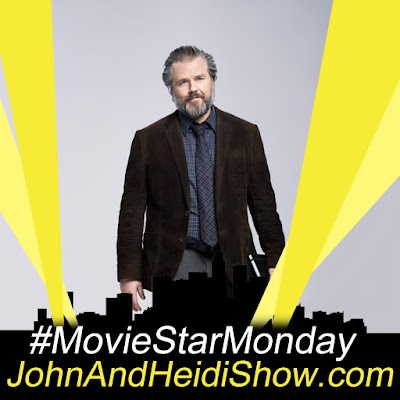 A new study finds that Americans are spending over $500 million a year on pain-killers for arthritis and knee pain. (https://bit.ly/2MDXe64)

Suspected drugs left in plain view in a parked car led to the arrest of an Arizona man by Mesquite Police last Sunday. Around 9:00 a.m., Sunday, Mesquite Police officers responded to the report of a “suspicious vehicle with an adult male sleeping inside” that was in the parking lot of a bank. Once they arrived, officers found “dangerous drugs in plain view on the front passenger seat” of the car, according to the press release. Officers proceeded to wake up 58-year-old Ralph Peter Twitchell of Gilbert, Arizona, and upon confirming he wasn’t under any medical distress, arrested him for the suspected drugs found on the passenger seat. A search of Twitchell and his car, after it was impounded, resulted in the discovery of several bags of suspected methamphetamine, scales and a glass pipe. Twitchell was subsequently charged with felony possession of methamphetamine with intent to sell, and misdemeanor possession of drug paraphernalia. (https://bit.ly/2ZGMo1M)

A final trailer for the extended version of the DC comics movie Justice Leagues was released. The 4-hour movie will be released to HBO Max in March.

John Travolta has listed his sprawling estate in Maine for $5 million. The 67-year-old actor has listed the 10,830-square-foot, 20-bedroom, 7.5-bathroom residence in Islesboro, Maine, following the death of his wife, actress Kelly Preston. Preston died of cancer in July of 2020, and according to Variety, Travolta and Preston had already begun to make some changes in their extensive portfolio of real estate holdings prior to her death. The massive mansion was built in 1904, but it’s been renovated and meticulously maintained over the years. It boasts a staggering 42 rooms, including a spacious living room with a fieldstone fireplace, a custom-built bar area, a dining room with a fireplace, an oversized kitchen with a walk-in refrigerator and extensive pantries. The first floor also includes an office and a laundry room. The second floor consists of a master bedroom suite that opens onto a private sun porch. That suite has a full bathroom with a claw-foot tub and separate shower. The second floor also features 14 other bedrooms and 4 additional full bathrooms. The entire third floor of the home is made up as a children’s wing, including four themed bedrooms and a full bathroom, a separate schoolhouse, a library, a diner and a built-in theater stage.

Roomba owners say a software update to their robot vacuum cleaners is causing some units to act and appear drunk. (https://bbc.in/2NWwGxt)

The U.S. Navy has sent a satellite the size of a pizza box into space that can beam power to anywhere on Earth. (https://bit.ly/3dKXvzh)

An American Airlines pilot continues to insist he saw a UFO during his flight from Cincinnati to Phoenix on Sunday. (https://bit.ly/3sslEi1)

A man and woman in Irving, Texas were rescued by police after falling into an icy lake. (https://bit.ly/3uzYEzI)

A survey of mostly middle-aged adults reveals that among people aged 45 to 54, one in nine shows signs of hearing impairment. The researchers tested hearing in more than 2,800 adults between the ages of 21 to 84. Over that large range, one in seven had lost some degree of hearing, and as expected, the rate of hearing loss increased with age. Almost all of those older than 80 — about 90 percent — had lost some hearing, but the rate had already reached one in nine among adults 45 to 54 years old, the largest age group in the population.

Here’s some research that’s sure to be music to the ears of folks who love to sing. Choir singing boosts brain function and creates a greater sense of togetherness, particularly in older people. The new study suggests that joining a choir could help fight age-related cognitive decline and “chronic loneliness,” which affects around one in 10 older people.

The aorta, which is largest artery located in the body, is about the diameter of a garden hose.

Archaeologists have uncovered a ceremonial carriage near the ruins of Pompeii. The carriage dates back to the year 79 AD. (https://reut.rs/3b1zx0C)

A large supply of smudge pots — heaters used for the past 100 years to prevent citrus from freezing on frosty nights — proved too enticing for a 29-year-old Calimesa man, authorities say, who is accused of stealing them repeatedly from farms in the Inland Empire. It’s unlikely, however, experts say, that the man wanted them for his own groves. Jacinto Farms and Buoye Farm in Mentone, and the UC Riverside Citrus Research Center were the victims. The man was seen on one of the Mentone properties loading the smudge pots into his pickup. Employees there tried to stop him, but he drove off with 100 heaters. Then, on a later date, the man’s truck was seen fleeing with 100 more. The two burglaries netted the suspect smudge pots with an estimated value of more than $10,000. UCR police identified the thief as the same man wanted in the Mentone thefts and arrested him at his home in Calimesa. (https://bayareane.ws/3pUZ6oF)

A meal delivery service was forced to apologize Sunday after a customer received what appeared to be a bottle of urine with their order. The unwanted ingredient — which apparently arrived in an empty plastic Coca-Cola bottle — was included in a HelloFresh meal kit delivered to an address in the UK. “Hey @HelloFreshUK, I’ll keep it simple: why have I received someone’s bottled up piss as part of my order?” Oliver McManus tweeted on Sunday, with a photo of the bottle in question. When other Twitter users speculated that the bottle was full of apple juice, McManus offered to return the bottle to HelloFresh. “I’ll send it to you and you can have a whiff in case you’re skeptical,” he tweeted. Others pointed out that the bottle may have been accidentally left there by a warehouse worker or a delivery driver. McManus agreed, saying that the box was already partially opened when it arrived. (https://bit.ly/3qDVf0d)