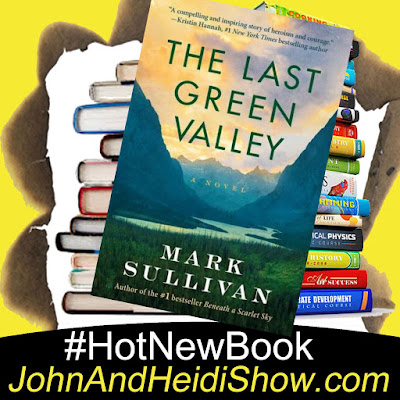 National Have A Coke Day

A new study finds that too much salt disrupts the body’s energy production and alters immune cells. Researchers say that even a single slice of pizza can alter the cells. (https://bit.ly/2PNujOt)

While Americans may take things like a working toilet for granted today, a new study finds unsanitary conditions were literally everywhere during life in the 1800s. Researchers from Dartmouth College say fecal samples reveal even America’s rich, upper class suffered from intestinal parasites during this era. (https://bit.ly/3ulkmXx)

She may be getting a long timeout. A kindergarten teacher in Virginia has been arrested while her students were at recess after a substance suspected to be cocaine was found in her desk. 46-year-old Cybil Billie of Chesterfield County was taken into custody last week at Lakeview Elementary School after an administrator contacted a school resource officer about possible drugs. The officer spoke with Billie and found what appeared to be cocaine in her classroom desk. Division Superintendent William D. Sroufe said the students were at recess when she was taken into the custody and the arrest was handled “tactfully.” Billie was booked on felony possession of cocaine. She is being held without bond until her next court date June 2nd. One of her students’ parents, Kelli Gagnon, said that she had a conversation with her daughter about how “sometimes adults make mistakes.” “Sometimes adult mistakes are a little bigger. We can’t just go stand in time out… [Bilie] will get the help that she needs,” Gagnon told WRIC. “She was a great teacher. My daughter enjoyed having her so much.” (https://bit.ly/3dTRKic)

Filmmaker Chloe Zhao’s history-making sweep at the Oscars was almost entirely censored in China amid accusations that she previously insulted her homeland by saying there are “lies everywhere in China.” Her film “Nomadland” is only the second film directed by a woman to take home honors for best picture. (https://bit.ly/3aDKaX5)

Pfizer has reportedly made $3.5 Billion on their COVID-19 vaccine in the first quarter of this year. (https://bit.ly/3b1Ft9F)

The British Royal Marines are testing jet suits that will help them board enemy boats in the middle of the ocean. (https://bit.ly/3eiw9jE)

A former Massachusetts pizza shop owner is accused of using illegally obtained federal coronavirus relief funds to buy an alpaca farm. 57-year-old Dana McIntyre, who used to own Rasta Pasta Pizzeria in the city of Beverly, received a $600,000 loan by allegedly lying about his number of employees and falsifying an official tax form. (https://bit.ly/3vHVSb5)

Children's medicine once contained morphine. If you were a baby in the middle of the 1800s and you cried while teething, your parents might have given you Mrs. Winslow's Soothing Syrup. This "medicine" claimed that "it soothes the child, it softens the gums, [and] allays all pain." It may have done plenty of soothing, but it was also extremely dangerous—this concoction, like many patent medicines of the time, contained morphine.

A massive Chinese rocket is expected to make an uncontrolled re-entry to Earth this week — and experts have no clue yet where its remnants will land. (https://bit.ly/3nK4hIt)

A Texas man was arrested after he allegedly bought a Dodge Durango using someone else’s identity and then called 9-1-1 to falsely report the vehicle had been stolen. 35-year-old Dustin S. Fell was charged with theft between $10,000 and $100,000, false alarm or complaint to 9-1-1, obstructing identification, and resisting a peace officer. A criminal complaint filed in Lake County Circuit Court alleges that Fell called 9-1-1 around 2:00 a.m. on April 21st. He called with the purpose of making a false report when he reported his vehicle stolen under a false name. Officers with the Deerfield Police Department responded to investigate the call. Officers asked Fell for his name and he gave them a false name. Fell was transported to the Deerfield Police Department and asked to provide fingerprints for further identification purposes, but he responded “F–k you, you can only hold me for 30 days.” Officers learned through their investigation that the name Fell initially provided them with was actually the name of an identity theft victim. (https://bit.ly/3aZKsYj)

Authorities in Wisconsin say a standoff ended after a man who had threatened to shoot police climbed into a ceiling, fell through, and was arrested. The Barron County Sheriff’s Department said the standoff started Sunday just after 4:00 p.m. with a 9-1-1 call for someone “acting strange and paranoid” in Chetek. At a home, officers found a 35-year-old man who “told law enforcement that he had a gun, would shoot them, and that he also had an explosive device in the house.” After 30 minutes of negotiation, authorities said the man exited the home with a device he claimed was an explosive, and said he would activate it. At that point, homes in the area were evacuated and several law enforcement agencies surrounded the home. Several hours of negotiations later and after gas was used to try to force the man out, authorities entered the residence and found him crawling into the ceiling. They continued to negotiate with him until he fell through the ceiling. He was taken into custody around 10:00 p.m. Police searched the home and found no explosive devices or weapons.(https://cbsloc.al/2RjXMQq)