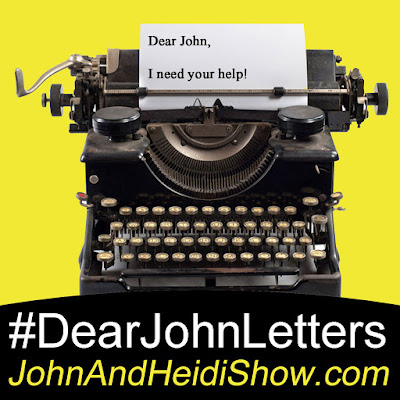 Should I be concerned? My wife was messing with my phone and started asking me about all of the people I've called or messaged. I use my phone for work and have many clients saved in there. I do auto detailing. She's worried that something is happening with some of my clients. It's not! I've never even had a single thought of cheating on my wife. I love her to the moon and back. I'm not sure how to prove that to her. I'm concerned because she was looking up the clients on Facebook and has been focused on a few of them in particular. I've never even met most of these people in person. I just clean their cars. There's nothing going on! One of the guys I work with said he would put a lock screen on his phone. I think that would only make it worse. What do you think I can do? Should I do the lock screen thing?

A new poll of over 2,000 Americans reveals that a whopping 67% of people feel more alone than ever before in the wake of the COVID-19 pandemic. The poll also finds 55% of people feel like they’ve completely lost their sense of community over the past year. (https://bit.ly/3xB9Pt4)

A One Poll survey found that 7 in 10 elderly Americans were forced to become more tech savvy because of the lockdowns.(https://bit.ly/3gXkloW)

A Florida Man being booked into jail allegedly sought to smuggle narcotics into the lockup that were hidden inside his prosthetic leg, police charge. 37-year-old Keith Adams was arrested early Saturday during a traffic stop near his residence in Largo. Adams, who was a passenger in the vehicle, was sitting atop a “glass pipe which contained a thick white residue which field tested positive for cocaine.” When sheriff’s deputies sought to detain Adams, he struggled with cops and was taken to the ground, where he was handcuffed. Arrested for cocaine possession and resisting, Adams--who has a prosthetic leg--was “specifically asked before transport to the jail if anything was concealed in his leg, and warned bringing it into the jail would be an additional charge.” Adams, cops say, denied that his leg housed any contraband. However, a subsequent search at the Pinellas County jail revealed that Adams’s leg contained a gram of fentanyl and a stash of Xanax pills. Adams is locked up in lieu of $7,650 bond on three felony charges and one misdemeanor count. Adams has two other pending narcotics cases, for his alleged possession of methamphetamine, cocaine, and fentanyl.(https://bit.ly/3eszfk2)

Elon Musk has been testing jokes on Twitter ahead of his hosting gig on Saturday Night Live. Some cast members are refusing to work with Elon because of his stances on lockdowns. (https://www.dailymail.co.uk/news/article-9534221/Elon-Musk-tests-joke-ideas-Twitter-ahead-billionaires-SNL-hosting-gig.html)

Cher posted a touching tribute to her former “Moonstruck” Co-Star Olympia Dukakis, who passed away over the weekend at the age of 89. Dukakis won “Best Supporting Actress” for her role in Moonstruck. (https://pge.sx/3te2pZo)

“Judy Garland's Malibu Beach House”
The Malibu beach house where Judy Garland lived with her second husband, Vincente Minnelli, and their daughter, Liza, shortly from when it was built in 1947 into the 1950s is for sale. Completely rebuilt in 2013, it is priced at $3.895 million. https://www.toptenrealestatedeals.com/

China has unveiled a fleet of drones that can track and destroy stealth aircraft.(https://bit.ly/3dY8m8p)

Police in Spain arrested a burglary suspect accused of breaking into a bar. He was easy to catch because he got drunk and fell asleep on a couch in the bar.

Greek authorities say coast guard divers have seized more than 46 kilograms (101 pounds) of cocaine found hidden behind a water intake grate in the hull of a cargo ship that arrived in Greece from Brazil. (https://bit.ly/3eEXUSJ)

Organizers of the Tokyo Olympics announced tougher coronavirus countermeasures such as daily testing of athletes to try to reassure an increasingly skeptical Japanese public already facing a resurgence of COVID-19. (https://reut.rs/3nvvTRf)

A Belgian artist has created a portable terrarium filled with live plants that you can wear over your head to protect you from COVID-19. (https://reut.rs/3xzwo1C)

Playing the accordion was once required for teachers in North Korea. The most popular instrument in North Korea is the accordion, so much so that all teachers used to be required to play to get their teaching certifications. Because the accordion is portable in a way that, say, a grand piano isn't, it was thought of as the "people's instrument" that could be taken outside and played for laborers in the fields.

Two Intruders scaled the wall at The Queen of England’s Windsor estate on Saturday before being caught by security. (https://pge.sx/3ebHRMS)

Have you seen this Wookie? Police in New Orleans say a person in a Chewbacca costume stabbed someone during a fight in the city’s French Quarter. Cops on Monday released a photo of their suspect — dressed as the furry “Star Wars” character and holding a red lightsaber — in the hopes of identifying him. The street performer, believed to be a man in his 20s, knifed the victim during an argument Saturday at around 8:50 p.m. in the tourist-friendly district. The head of the creep’s costume came off during the squabble, a witness told cops. The photo of the suspect showed him with the Chewbacca head still on. The condition of the victim was not immediately released.(https://bit.ly/3sU4jOH)

China's Guangxi Beibu Gulf Airlines canceled a flight after a male passenger threw a handful of coins into the engine of a plane for good luck. In a statement shared to popular Chinese microblogging website Weibo, the airline said that airport staffers noticed coins on the floor under the engine in an inspection before takeoff. The man, identified only by his surname Wang in the post, admitted that he threw a handful of coins toward the plane, according to Times Now Digital. He was then arrested by police. Authorities were able to recover all six coins, which the man had wrapped in red paper for luck, but the airline decided to cancel flight GX8814 from Weifang to Haikou to ensure passenger safety. Nearly 150 passengers were escorted off the flight, which was delayed until the next day. Over the past few years, numerous superstitious citizens have been arrested and charged in China for throwing coins at planes for good luck.(https://bit.ly/3t1n4Qz)

California Woman Has Fostered 81 Infants Over The Past 34 Years
https://www.sunnyskyz.com/good-news