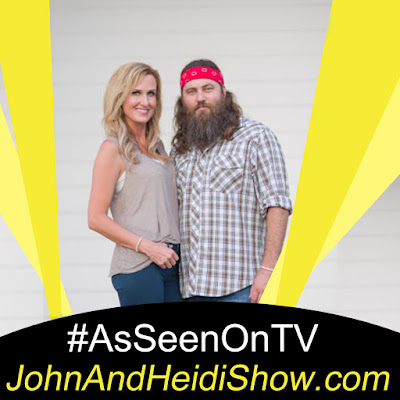 About Facebook Watch:
Facebook Watch is the global destination where content, community and conversation come together on Facebook. Home to a wide range of video from Facebook Watch Originals like the award-winning Red Table Talk, to gaming, sports, music, news and live content from creators and publishers, Facebook Watch is a personalized viewing experience where you can easily discover videos based on your interests. Facebook Watch is available for free on mobile apps across Apple and Android, on desktop, laptop, all Portal devices and on TV apps listed

Open your Watch app. Select Log In, then Continue.

You'll see a screen with an eight digit code. You’ll need this code to continue.

On your computer or mobile device, go to www.facebook.com/device and put in the eight digit code.

After a moment, your Watch app will refresh. You’re now set up and ready to watch videos.

A new survey finds that parents expect to pay at least $26,000 annually to send their kids to college. 7 in 10 parents are also feeling nervous about paying for college this year due to the financial impact of COVID-19.(https://bit.ly/3hCw7oV)

A new study by Russian scientists finds that yoga and breathing exercises can help kids with ADHD improve their focus. (https://bit.ly/3tXW1G9)

Thirty-one bricks of cocaine — valued at $1.2 million — washed ashore on an Alabama beach this week. The drugs, roughly 66 pounds of them, were spotted by several beachgoers in Gulf Shores, who alerted police to their finds. (https://bit.ly/3hBhtyj)

Arnold Schwarzenegger confirmed that he gave Caitlyn Jenner advice about running for Governor of California. (https://bit.ly/2Rwrylh)

“Sold! Casey Kasem’s Mansion & Heart-Shaped Pool”
The late Casey Kasem’s Beverly Crest home has sold for $34 million. The eight-bedroom home on 2.5 acres in one of Beverly Hills' most exclusive neighborhoods was listed at $39.9 million. One of the 12,000-square-foot home's best features was a heart-shaped pool. Located near the Playboy Mansion and a number of celebrity homes, the 1954 home is likely a tear-down to make room for an even bigger mansion and probably no heart-shaped pool.
https://www.toptenrealestatedeals.com/

A team of Scientists have made vodka from apples grown near the melted-down Chernobyl nuclear power plant. (https://www.dailymail.co.uk/sciencetech/article-9587255/Chernobyl-UK-scientists-fighting-Ukraine-seizure-vodka-radioactive-apples.html)

Keystone Light is now selling a grill that looks like a racecar. (https://fxn.ws/3ft8zAh)

A new report claims Bill Gates had a lengthy affair with a Microsoft employee.(https://yhoo.it/3bWBwDR)

Virgin Galactic had a successful test flight on Saturday, bringing them one step closer to Space Tourism. (https://cnb.cx/3woVgYr)

A 33 year old Ohio teacher’s aide was arrested for repeatedly having sex with a male old student. Prosecutors claim there was video evidence of the trysts.(https://bit.ly/3yt3qRv)

You are never more than three feet from a spider.

An Indian politician is saying that drinking cow urine will save people from COVID-19. (https://rb.gy/1df0gc)

A Kentucky man who drove more than double the 70-mph speed limit and led police on a lengthy pursuit has been arrested after running out of gas. The incident occurred on May 15th at approximately 12:58 p.m. when the Nelson County Dispatch in Kentucky received a call from the Kentucky State Police Dispatch asking for help to catch a man driving a bright yellow 2015 Ford Mustang. The reason? The vehicle was clocked driving 143-mph in a 70-mph zone driving eastbound on the Bluegrass Parkway. Authorities say the suspect, 47-year-old Steven Alford from Roundhill, Kentucky, subsequently led police on a long police chase. “The driver pulled over at the 30 Mile Markers after a lengthy pursuit due to running out of gas,” Nelson County Sheriff’s Office said in a statement posted on social media. Police also said that once he stopped that Alford refused to get out of his vehicle and that he had to be assisted by both the Nelson County Sheriff’s Department and the Kentucky State Police. Alford was transported to the Nelson County Jail and charged with speeding 26-mph or more over the limit, fleeing or evading police first degree motor vehicle, reckless driving, four counts of wanton endangerment first degree police officer, driving too fast for conditions, and operating on a suspended or revoked license.(https://abcn.ws/3v4uVic)

A Pinellas County man is facing a felony charge after he accidentally shot himself in the leg while picking up a 24-pack of soda just before 9 p.m. on Saturday at the Missouri Avenue Walmart in Largo. 30-year-old Kyle Griffith had a gun in his waistband without a holster when he bent over to pick up the case of soda. While bending over, the firearm “suddenly discharged.” Griffith suffered an injury to his upper right thigh. Several witnesses, including an officer with the Largo Police Department, saw Griffith take the gun from his pants after he was shot and slide it across the aisle to his brother. Griffith couldn’t provide police officers with a concealed carry permit, and authorities later confirmed that he did not have a permit, despite claiming to have one from Virginia. Griffith was arrested and charged with felony carrying a concealed firearm. According to the affidavit, and jail records out of Pinellas County, Griffith was previously arrested and charged with carrying a concealed firearm in March. The arrest affidavit shows police seized the weapon, which was described as a pistol.(https://bit.ly/3hDJcyj)

1st Grade Teacher Visits Student With Cancer At His Home Every Day
https://www.sunnyskyz.com/good-news/