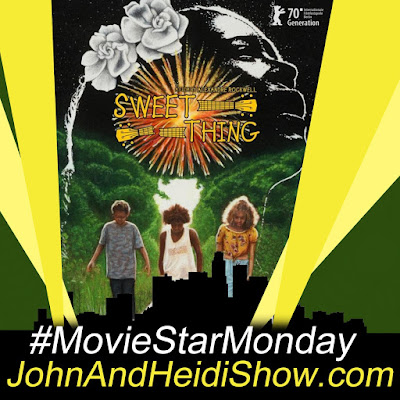 According to a new study, scientists have discovered that part of the brain can become addicted to news stories about “impending doom.” Researchers from Washington University School of Medicine in St. Louis say how people cope with the uncertainty of what the future holds could come down to the biology of their brains. Endlessly scrolling through bad news on social media, or “doomscrolling,” has become increasingly common during the COVID-19 pandemic as people remain indoors during the crisis. (https://bit.ly/2SEgIdw)

54-year-old Christopher Glynn was arrested and is facing a charge of aggravated battery with a deadly weapon. According to a police report, investigators responded to an apartment unit and found the victim with stab wounds. Police say the man, identified as Robert Baker, was outside the apartment with wounds to his arm and leg. His injuries were said to be non-life threatening. Officers made contact with Glynn, who was still inside the home, through a landline. Glynn responded that he was unable to come outside because of a disability. When officers went inside the apartment, they say Glynn was on the couch with a sword. Glynn was arrested. Police say he confessed to stabbing the Baker, stating that if he had better aim he would have “gut him.” The victim reportedly told police that he and Glynn were drinking when they got into an argument after Baker called Glynn selfish for hogging the remote. Officers say that the argument escalated and eventually led to the stabbing.(https://bit.ly/3vcfXWh)

Jennifer Lopez's mom is reportedly thrilled about her getting back together with Ben Affleck. (https://pge.sx/2SxeGvS)

Alex Rodriguez was seen working out at the gym with his ex-wife this weekend. (https://bit.ly/3vlD7da)

The organizers of the Tokyo Olympics are asking athletes not to have sex with each other in the Olympic village due to COVID-19. (https://reut.rs/3wnVqQb)

Elon Musk has re-listed his “special place,” a 9-bedroom 9.5-bathroom mansion in San Francisco, for a whopping $37.5 million dollars. Last May, Elon Musk took to Twitter to reveal that he would be selling off his entire $100 million real estate portfolio to focus on his mission to Mars. (https://bit.ly/35owCM4)

Dr. Dre is preparing to start a high school in Los Angeles. (https://bit.ly/3xyEkPV)

The United Nations estimates that by 2050 the world will have almost 10 billion people.

The Russian Navy has been conducting military exercises about 300 to 500 miles west of Hawaii prompting the U.S. to scramble three F-22s to respond to long-range bombers. (https://fxn.ws/2TFFZEg)

A Florida man is accused of defrauding investors he recruited for a ticket business opportunity. The federal indictment against 52-year-old Thomas Coelho charges him with two counts of wire fraud. It also notifies Coelho that the U.S. government is seeking to recover $1.8 million, the amount he is estimated to have made from the scheme. Federal prosecutors say Coelho used his entertainment industry connections to make it seem like he had access to tickets. The indictment says he recruited investors for an opportunity involving buying event tickets and reselling them for a profit, but he primarily used their money for personal expenses. (https://bit.ly/35mPbjL)

A New Jersey man didn't make it past airport security on Friday after TSA officials discovered a gun tucked away inside his belt buckle. The Ridgefield Park man was stopped in Terminal C at Newark-Liberty International Airport at the start of the weekend when officers thought they found a replica gun inside of the large belt buckle. According to the TSA, a closer inspection proved the gun to be real and “could pop out of its decorate metallic oval frame.” Officials say the New Jersey man claimed he forgot he had the gun and belt buckle tucked away inside of his backpack. Port Authority Police seized the firearm and arrested the man on weapons charges. He's not the only person stopped at the airport this month with a gun. Officials said a man from Easton, Pennsylvania, was stopped on June 3rd with a handgun inside his carry-on bag in Terminal A. He also claimed to have forgotten to be carrying the firearm as he attempted to clear the security checkpoint. Those arrests bring the total number of firearm arrests at the airport to five for the year, according to the TSA.(https://bit.ly/3cIElse)