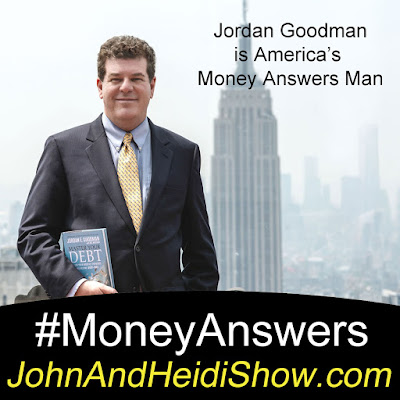 According to new research of 2,000 Millennial and Gen Z Americans, 70% said that the top lesson they learned in 2020 was to not sweat the small stuff and to just go with the flow. Nearly three out of four respondents agreed that they’re finally prioritizing themselves and their own needs for the first time in a long time. (https://bit.ly/35gIwYn)

According to a new study, teenagers who use a smartphone for more than two hours a day are much more likely to gorge on junk food. Researchers add these tech-obsessed teens eat less fruits and vegetables than other adolescents. (https://bit.ly/3vuBV7h)

A Florida Woman pummeled her girlfriend after hearing the victim “talking in her sleep about an ex.” Responding late Sunday evening to a 911 call from a neighbor who reported a fight in progress, cops contacted the 21-year-old victim at the apartment she shares with Alexis Talley, her 23-year-old girlfriend. The victim told police that she was asleep in the Tampa Bay-area residence when she was awoken by Talley, who “told her she was talking in her sleep about an ex.” An ensuing verbal argument turned physical, and Talley “began to punch her in the face.” Cops noted that the victim had “visible swelling to the right side of her face consistent with her statement.” While Talley acknowledged arguing with her girlfriend after hearing her sleep talking, she claimed the dispute “was only verbal and not physical.” As for the victim’s injuries, Talley said they were sustained during “a previous disorder and not from tonight.” Talley was arrested for domestic battery and booked into the county jail. She was released from custody on $2500 bond and has been ordered by a judge to have no contact with the victim. Since Talley’s rap sheet includes a prior battery arrest that resulted in a no contest plea, she is facing an enhanced felony charge for allegedly punching her girlfriend. Talley has also been convicted of marijuana possession, DUI, and disorderly conduct. Additionally, Talley is currently facing a felony marijuana possession charge stemming from her arrest last month following a traffic stop during which deputies found two baggies filled with pot in the vehicle she was driving. (https://bit.ly/2SAMwA8)

A fashion designer says that Chrissy Teigen once bullied him to the point that he didn't see the point of living. (https://bit.ly/3iFIwZT)

Japanese gaming giant Nintendo has announced that it will transform a factory where it once manufactured games into a museum preserving the company’s history. Nintendo anticipates the gallery being completed by March 2024.(https://bit.ly/3gAl6lR)

In case you missed it, Wasabi the Pekingese won Best in Show at the 145th Westminster Kennel Club Dog Show. The Pekingese is a breed of toy dog that originated in China. (https://bit.ly/3wrn7HG)

The winning dog from the Westminster Dog Show celebrated with a trip to New York City's empire state building. (https://bit.ly/3wweYSB)

The “Velocicoaster” at Universal Studios is now being called America's scariest roller-coaster. (https://bit.ly/3gmNJUX)

A new report claims hackers can spy on you through your Peloton. (https://bit.ly/3vv2ARr)

A new report claims there's an imminent threat at a nuclear power plant in China. (https://bit.ly/3pRPsV4)

A Milwaukee woman has admitted to setting her sleeping husband on fire because she believed that he poisoned her chicken wings. 29-year-old Tuhonsty Marie Smith confessed to authorities that she had waited for her spouse to fall asleep to light his head on fire earlier this month at their home in the Enderis Park neighborhood. Smith said she had suspected him earlier in the day on June 2 of putting poison on her chicken wings. Around 4:00 a.m. the next day, she filled a cup with lighter fluid, poured it on his head and used a lighter to ignite it. Emergency responders arrived at the home and rushed the man to the hospital with burns to his chest, head, ears, hands, neck and face. While he was recovering, the husband told authorities that Smith had been acting strangely for the last three or four months. He said the pair had gotten into a fight on the night that she set him on fire because he told Smith that he planned on leaving her and moving out of their home. Smith was arrested on charges of arson, recklessly endangering safety, and causing mayhem. (https://bit.ly/3zk1Dyg)

A Pennsylvania woman has been charged in a murder-for-hire plot after allegedly trying to have her husband killed on a payment plan. 44-year-old Claudia Carrion stands accused of criminal solicitation to commit homicide after she allegedly tried to hire an undercover detective as a hitman to take out her husband–who she believed was abusing her and her family as well as cheating on her with several other women. She was arrested and charged on Friday after an undercover operation that was conducted on Thursday. According to a criminal complaint, the defendant “described in detail why she wanted her husband killed” before paying a $100 deposit. Authorities allege that Carrion originally agreed to pay $4,000 for the value-priced hit but that during the meet-up she expressed an inability to pay the amount in full. After some negotiations, a payment plan was agreed upon, the deposit was paid, and she was arrested. The purportedly scorned wife also allegedly admitted to police that she paid the deposit using five $20 bills and that the remainder of the balance would be paid off in weekly installments. That murder-by-layaway was to be paid off in $100 installments. If convicted, Carrion could be charged with the same severity as someone charged with murder. (https://bit.ly/2Ty7xM8)

A Chef Had His Bike Stolen During A Shift. A Stranger Replaced It
https://www.sunnyskyz.com/good-news