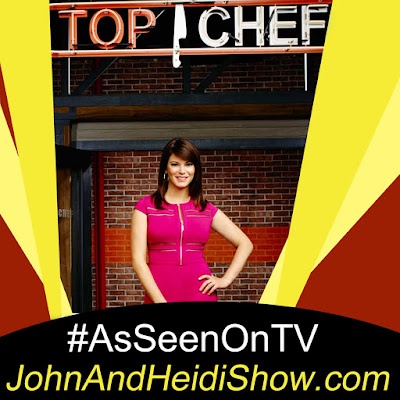 Gail published her first cookbook, Bringing It Home: Favorite Recipes from a Life of Adventurous Eating (https://amzn.to/3xWcE7O) which features recipes inspired by her world travels—all made with accessible ingredients and with smart, simple techniques for successful family meals and easy entertaining. Gail’s first book, a memoir is titled Talking With My Mouth Full (https://amzn.to/3BaLsVa)

A poll of unlucky-in-love adults found more than one in five has seen their relationship come to an end following a quick message. And one in eight has been ghosted — where a relationship is ended with no explanation and sudden withdrawal from all communications. Apparently being dumped by text isn’t the worst way: 13 percent of adults say they would actually prefer to be dumped by text so they could avoid the awkward break-up phone calls or the humiliation of being told “it’s not you, it’s me” in a coffee shop or restaurant.

Two employees of a McDonald’s in Maine are facing drug charges after a customer found a prescription medication used to treat opioid addiction inside her son’s Happy Meal box. Mom Shirlee Marchesseault said her “blood was boiling” when she discovered Suboxone packets nestled alongside her 11-year-old’s toy and McNuggets. “I didn’t even know what to do,” Marchesseault told the outlet about the June 30th incident. Auburn Police on Wednesday alleged that one of the fast-food workers had illegally sold the drugs to the other — who then unknowingly dropped them into the kid’s meal. Investigators found that the packets had allegedly fallen out of employee Michael Sevey’s shirt pocket as he was manning the drive-thru window of the Auburn restaurant. Sevey, 43, allegedly got the Suboxone from another staffer, 23-year-old Mariah Grant. Sevey was charged with unlawful possession of drugs, and Grant was charged with unlawful drug trafficking. Both are scheduled to appear in court on November 3rd. It was unclear if the two had retained attorneys.(https://bit.ly/2VnkxVG)

Lived in and loved by some of the most powerful actors and entertainers in the world, the historic W.C. Fields Mansion in celebrity-rich-and-gated Laughlin Park is for sale, priced at $15 million. Some of the neighbors were Cecil B. DeMille, whose home was built on the highest point with stunning views, and Charlie Chaplin. Angelina Jolie bought the Cecil B. DeMille Mansion in 2017 for $24.5 million. Though W.C. Fields was, by far, the most eccentric resident, the home has attracted many other important residents, including Maurice Chevalier and Lily Tomlin. The home’s grounds are rumored to have been designed by Lloyd Wright. Currently owned by Bobby Patton, the Texas oil magnate who co-owns the Los Angeles Dodgers, today’s celebrity neighbors include Angelina, Casey Affleck, Emma Roberts and Kristen Stewart.

A Denver Hotel Maid may have staved off a mass shooting at the Major League All Star game after she discovered dozens of guns and 1,000 rounds of ammunition in a room just blocks from Coors Field where the game will take place. (https://bit.ly/3z030S7)

Los Angeles County authorities confiscated $1 billion of illegally grown marijuana last month — the largest takedown of its kind in the county. Officials say that, despite the massive pot haul, many more illegal grows remain in the area that has seen an uptick in illicit operations during the coronavirus pandemic. (https://bit.ly/3yyPvsa)

More than a quarter of Americans lie about flossing their teeth, and 36 percent say they would rather do an unpleasant activity like cleaning the toilet.

A first date went from locking lips to angry words for a couple in China over a dispute involving dentures damaged during a passionate kiss. Police were called after a 30-year-old man got upset with his significant over the dental disaster. He told officers he had lost four false teeth while making out with his date, which he blamed on her “aggressive kissing style.” After two hours of police mediation, the man was compensated $483.

Newborns don't have kneecaps. This belief is only a half truth, as babies actually technically do have kneecaps when they are born. Those knees just aren't hardened yet, and remain soft cartilage throughout their childhood until they eventually turn into bone.

The World's Deepest Swimming Pool is opening in Dubai with a depth of 196 feet. (https://n.pr/3xuyPls)

An Arizona man who threatened to set off a bomb during an attempted bank robbery told police he just wanted to pay his rent and buy a car. 32-year-old Anekin Genesis entered a bank in Glendale and passed a demand note to bank employees stating that he had a bomb. He told employees that he would detonate the bomb if he was hurt or arrested. Police said surveillance images show Genesis “pointing to his watch and telling bank employees they were running out of time.” When the employees hid for their safety, Genesis left the bank empty-handed. Officers responded to a report of an attempted robbery by a suspect who may be armed. A witness told a responding officer that the suspect had fled on foot. Police quickly found Genesis hiding behind bushes nearby and took him into custody without incident. The department shared officer bodycam video of his arrest. Police said officers found evidence of the attempted bank robbery on Genesis: a partially written demand note he was writing for another bank robbery attempt. During an interview with detectives, police said Genesis “confessed, saying he thought he would rob a bank to pay his rent money and buy a car.” Genesis was booked into jail on one felony count of armed robbery. (https://fxn.ws/3dOWNjE)

Police are searching for a man who set off fireworks in a bathroom at a public park in Naples. The suspect was caught on surveillance camera going into the men’s restroom at Sea Gate Park in Naples around 12:30 a.m. Monday, according to the Naples Police Department. The man is then seen running out the door before sparks appear from around the doorway. Police said the blast caused damage to a urinal. Investigators are asking anyone with information on the suspect’s identity to contact the Naples Police Department Criminal Investigation Division. (https://bit.ly/3hCcMT2)

Teen Raises $39,000 For Children With Cancer By Cutting Afro
https://www.sunnyskyz.com/good-news