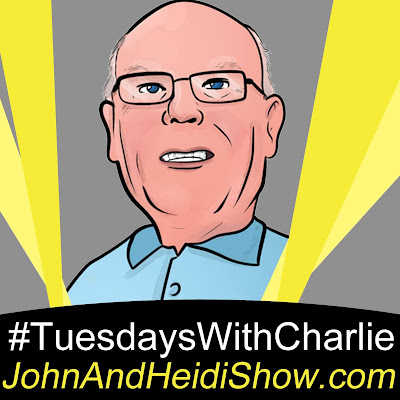 A recent survey of 2,000 Americans shows that one-third of adults are stuck in “style limbo” after wearing sweatpants for the past year. 36% feel like they have “nothing to wear” after fourteen months without dressing up for social occasions. (https://bit.ly/2SG12Xr)

A 40-year-old man was taken to jail over the weekend after being nabbed driving a golf cart drunk through the town. Benjamin Byers faces misdemeanor charges of operating while intoxicated endangering another person and a second OWI charge. An officer spotted the eastbound golf cart shortly after 9 p.m. Saturday disregard stop a sign on Lincoln Street at Francis Street. The officer then watched as the golf cart, which carried two men, traveled left of the center line several times and into oncoming traffic before turning north on Waverly Road. The officer stopped the cart at that point. The smell of alcohol was noticeable on Byers' breath and he had slurred speech and watery, bloodshot eyes. Byers told the officer he was returning home from the local Village Tavern. "I'll blow numbers," he told the officer when asked about taking a preliminary breath test. The test came back more than twice the legal limit. The passenger, who was not impaired, was allowed to continue driving the golf cart to Byers' home. (https://bit.ly/366uOHM)

Blockbuster filmmaker, James Cameron, has revealed that he got high on Ecstasy while working on the story for “Terminator 2: Judgement Day.” (https://bit.ly/3yr2DzJ)

Actress Alison Mack has been sentenced to three years in prison for her involvement in a sex cult. (https://bit.ly/2SIEDZy)

A Picasso painting was recovered after being stolen nine years ago. (https://bit.ly/3hainRO)

Elvis Costello says he doesn't mind if Oliva Rodrigo copied one of his songs.(https://www.dailymail.co.uk/tvshowbiz/article-9739325/Teenager-copied-song-dont-care-Elvis-Costello-defends-chart-topper-Olivia-Rodrigo.html)

A beach in Chile is being overrun by hundreds of sea lions. (https://bit.ly/3xaueVq)

It is illegal to sell a "bounceless" pickle to somebody in Connecticut. This law put Connecticut Librarians in quite the pickle. The law actually arose as a legend and the people demanded the truth. For hours, librarians in the state scanned past archives of laws within the state until one librarian eventually found the truth in the Hartford Courant. The law was in fact an ordinance that was created in 1945 to thwart pickle packers Moses Dexler and Sidney Sparer. These two men were selling inedible pickles, so laboratories conducted experiments and found that if it doesn't bounce, don't eat an ounce!

North Korean leader Kim Jong Un slammed senior officials for causing a “great crisis” in the pandemic fight by mismanaging coronavirus prevention measures. North Korea, to date, has claimed to have had no coronavirus infections, despite testing more than 30,000 people and sharing a border with China. (https://bit.ly/364GlHz)

A woman in Thailand set her ex-boyfriend's bike on fire to take revenge on him. CCTV footage of the incident has gone viral on social media. 36-year-old Kanok Wan poured petrol on the two-wheeler and set it on fire in a school park in Bangkok last week. She allegedly wanted to take revenge on her ex-partner after he refused to get back with her. Fortunately, no injuries were reported due to the incident. However, six other two-wheelers parked nearby were also engulfed in flames before fire rescuers arrived to put the blaze out.(https://bit.ly/3xWTAGf)

A Tennessee couple is facing attempted murder charges after they allegedly opened fire at Burger King employees following a dispute “over a spicy chicken sandwich.” Police report that 22-year-old Tavarus McKinney and 20-year-old Keonna Halliburton got into an argument earlier this month with Burger King workers at a restaurant in Memphis. The duo complained that Halliburton’s chicken sandwich was too spicy. After the “initial altercation,” McKinney and Halliburton departed for a few minutes, but returned in their Ford Escape and allegedly “fired multiple shots from the road into the parking lot.” Two female victims were hit by gunfire, while two other women “were also shot at during this time.” McKinney and Halliburton were charged after several victims identified them as the assailants in the June 6th shooting. McKinney and Halliburton are both locked up in the Shelby County jail on four counts of attempted murder and four counts of using a firearm in the commission of a felony. Halliburton is being held in lieu of $500,000 bond, while McKinney has a $1 million bond due to his lengthy rap sheet, which includes collars for aggravated assault, kidnapping, and domestic assault. McKinney and Halliburton are scheduled for a court hearing June 28. (https://bit.ly/3vU8iwo)

Woman Looking For Puppy To Adopt Finds Dog She Lost 2 Years Ago
https://www.sunnyskyz.com/good-news/