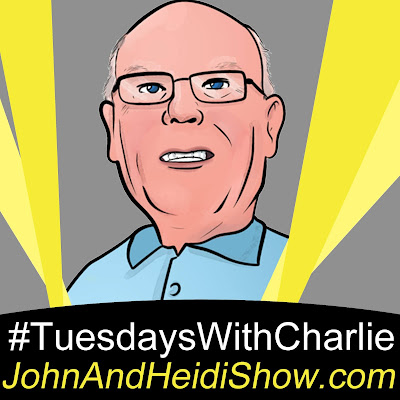 A Gaylord woman was arrested for assault with intent to do great bodily harm less than murder following a dispute with neighbors that turned physical this month. In addition to that charge the suspect was recently arraigned in Otsego County on one count of assault and battery. The dispute took place July 15th at a home on Poplar Way in Bagley Township. According to police, the suspect is 45-year-old Kristina Marie Rutterbush. The suspect claims she was walking her dogs past the neighbor’s house when someone assaulted her. However, neighbors and witnesses shared a different story. They allege Rutterbush came on the neighbor’s property uninvited while a gathering was taking place. Witnesses and neighbors say her behavior was erratic. Rutterbush allegedly threw a drink on one of the attendees. Then when a man there asked her to leave, she choked him. She was arrested and taken to the Otsego County Jail. The judge also gave Rutterbush a $2,500 personal recognizance bond.(https://bit.ly/3kEMWB0)

In a new interview, actress Shailene Woodley said that she and Green Bay Packers MVP Quarterback Aaron Rodgers are in “no rush” to plan their wedding.(https://pge.sx/36SO1Nq)

A new report claims Prince Harry is writing an explosive book about his life in the royal family. (https://cnn.it/3kCGhat)

Nickelodeon has renewed “Baby Shark’s Big Show” for a second season and is also in the early stages of developing a feature film based on the pop culture phenomenon. (https://bit.ly/3xWEUHI)


Megan Thee Stallion will be the first rapper to cover a Sports Illustrated Swimsuit Issue. (https://pge.sx/3ikITqS)

A bodyguard for Britney Spears claims she takes cocktails of powerful drugs once a week. (https://bit.ly/3wO4PQw)

A rumor has been swirling that the Olympic committee is trying to stop the spread of COVID-19 by putting the athletes in “anti-sex beds.” (https://cnn.it/3kB1h1x)

In Tokyo, the world’s best athletic competitors are set to spend their nights on cardboard beds — allegedly designed to collapse under the weight of fornicators to discourage sex amid COVID-19. (https://bit.ly/3BmE6y2)

A Taco Bell Employee in Tennessee was arrested after allegedly setting off fireworks inside the restaurant and starting a fire. (https://abcn.ws/2TqOymU)

A dog in Cincinnati has been rescued from between two concrete walls after being trapped there for five days. (https://nbcnews.to/3wYM50y)

Danes once bred a pig to look like the flag. In the early 20th century, those who resided in North Frisia under Prussian rule were not allowed to raise the Danish flag. But some crafty North Frisians took action by breeding a pig, known as the Danish Protest Pig, to be red in color, with a large white stripe around its belly—thus creating an animal version of the flag. As they technically did not break the law, and because it wouldn't have been feasible to ban the breeding of pigs, the Danes successfully protested Prussia.

Cops are hunting for a Florida man who stole candles from a Miami Bath and Body Works — and made off with the stolen loot by spraying everyone in his way with bear mace. “This is one of those ‘only in Miami’ stories,” Doral Police spokesperson Rey Valdes told CNN. The suspect robbed the Miami International Mall store on Saturday and injured at least thirty people, including one who took a direct hit of the bear repellent to the face and needed to be hospitalized. About fifteen of the people sprayed were employees of the store. Given the serious nature of the attack and the injuries suffered, the crime could be considered aggravated battery and the suspect is “potentially looking at thirty to thirty-five felonies,” Valdes said. He was last seen leaving the mall in a taxi.(https://bit.ly/2TqSS5G)

A female airplane passenger discovered that the “friendly skies” are anything but after busting her seatmate calling her “fat a–” in a text. A video chronicling the in-flight fat-shaming currently boasts almost three million views since it was uploaded on TikTok last Tuesday. “He has his phone out, like, way out in front of him, like, where I can see it,” described Landen Ewing of the ordeal, which reportedly occurred last month while she was flying from Nashville. The flabbergasted flyer recalled that she was reading her neighbor’s “text with his girlfriend and she’s asking him how the flight’s going.” He reportedly responded by saying “too small with this fat a– next to me,” according to a screenshot Ewing posted of the alleged offender’s phone screen. The jiggle jabs were particularly puzzling as the videographer didn’t appear to be overweight, leading commenters to speculate that Ewing’s seatmate was simply pretending she was chunky to appease his jealous girlfriend. (https://bit.ly/3xPNiZm)