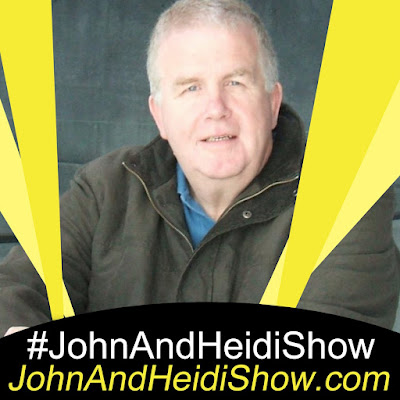 A new study reveals the average American spends nearly $1,500 per year on food they’ll never eat. The data shows fruits (53%) and vegetables (45%) are the foods most likely to spoil before eating. (https://bit.ly/3mupfMY)

A new study says eating just one hot dog takes thirty-five minutes off of your life.(https://bit.ly/3ydmUbn)

One of the world’s biggest drug busts -- or at least one of the more famous drug busts. Police seized a record 20 tons of cocaine in the Los Angeles area in 1989. The huge drug bust came after a tip from a neighboring businessman who claimed to have seen suspicious activity at a Sylmar warehouse. At the time, the total drug seizure was estimated to be worth over $6 billion.

After months of speculation, rumors, and even a leak, the first trailer for “Spider-Man: No Way Home” was finally released. (https://cnet.co/2UHDuCn)

Spike Lee has stated the he believes in some of the 9/11 conspiracy theories that exist. Lee said that he has “questions” about the way the towers fell, saying “the amount of heat that it takes to make steel melt, that temperature’s not reached.” (https://bit.ly/387inwz)

The surviving granddaughters of Alphonse “Al” Capone, one of the country’s most notorious gangsters, are auctioning off a slew of the mob boss’ treasures that include his “favorite” gun. Sacramento, California-based auctioneer Witherell’s said it has authenticated the items included in the collection and will run the live auction on October 8. (https://bit.ly/3jdB0Fp)

McDonald's has taken milkshakes off its menu after being hit by supply chain issues. (https://bit.ly/2WdYjX5)

The Insane Clown Posse is announcing their farewell tour. (https://bit.ly/3yb6gsN)

Detroit undercover cops in a drug ring once fought another group of undercover cops. "Put your hands up!" … "No, you put your hands up!" That's likely what went down in November 2017 when two groups of undercover cops in Detroit accidentally mistook each other for the drug dealers and buyers they were respectively trying to bust. What ensued during the raid was a stand-off, resulting in fists being thrown while guns were pointed at each other. Internal affairs had to be contacted to put the officers under investigation in an attempt to figure out the unfortunate miscommunication.

China will now allow married couples to legally have a third kid amid concerns that its shrinking number of working-age people will threaten the country’s future prosperity and global influence. The ceremonial legislature updated the Population and Family Planning Law to address the consequences of the plummeting birthrate. (https://bit.ly/3mpkzru)

A Collier Area Transit bus was caught on camera driving the wrong way down a busy road during rush hour traffic. Dashcam video shows the CAT bus driving into oncoming traffic on the wrong side of the road. It happened at the intersection of Immokalee Road and SR 29 in Immokalee as traffic was backed up on the road. “It gets heavy due to the construction down that way and the school’s reactivating,” Edgar Acevel, an Immokalee resident, said to the news outlet. The bus driver is seen crossing through the intersection and into the turning lane of oncoming traffic. Drivers that spoke with NBC2 after watching the video of the CAT driver are questioning what would happen to them if they did the same thing. “We gotta wait, so why can’t he wait,” questioned Enrique Herrera of Immokalee. He said if a cop saw him do the same thing in his SUV, he would get pulled over. Both Acevel and Herrera were surprised by the video and said they hold bus drivers to a much higher standard. CAT authorities said the bus driver is off the roads and suspended pending an investigation by the company that is contracted to hire bus drivers. (https://bit.ly/3g73ezz)

A Florida man pleaded guilty to embezzling more than $12.8 million from the nonprofit where he worked—and spending most of it at an adult website. The 59-year-old was the accounting manager for University Medical Service Association (UMSA), a nonprofit providing staffing and support to the University of South Florida's healthcare enterprise, until suspicious activity was noted in November and he was fired. Puglisi was found to have made at least $12.86 million in non-business charges on UMSA credit cards, with at least $11.5 million of that going to the adult site over a period of two years. Specifically, it was spent on interactions with a woman on the site believed to be Puglisi's stepson's fiancee; the two apparently split $743,968 in profits, 60% to Puglisi and 40% to the woman. Puglisi also spent $43,662 at Disney World and sent $22,486 to another woman on the site so she and her friends could fly to Orlando, and hundreds of thousands more on personal travel, rent, a chartered yacht, wedding costs, and all sorts of other personal expenditures. Puglisi has agreed to pay restitution, and he faces up to 20 years behind bars.(https://bit.ly/3ALJwkN)

A 9-Year-Old Asked For Jeeps To Escort Her Father At His Funeral. The Jeep Community Answered The Call https://www.sunnyskyz.com/good-news